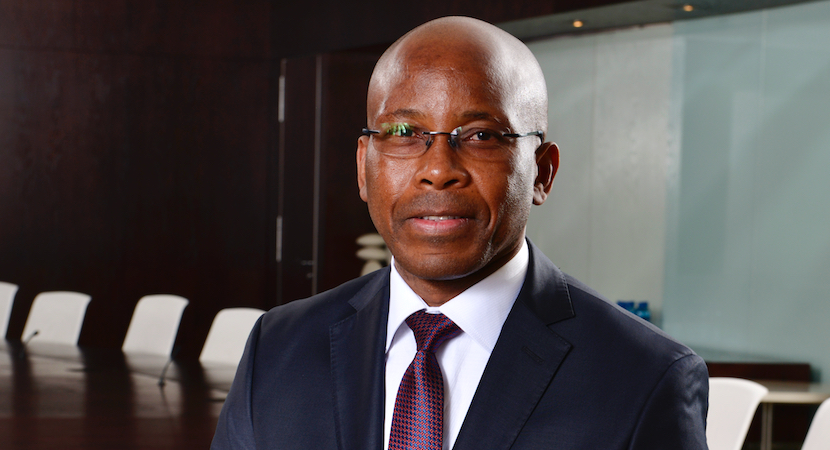 JSE-listed Allied Electronics Corporation Limited (Altron) today announced that it has continued to deliver on its growth plans, reduced debt levels, and completed the divestment of non-core assets. The ICT company saw EBITDA increase by 16% and revenue by 44%.

According to Mteto Nyati, Altron Group Chief Executive, “We have delivered on our stated goal of double digit EBITDA growth with the majority of the group’s operations producing EBITDA in excess of 20%. I am pleased we are paying a dividend for the first time since 2016. Our international businesses continue to deliver growth with 57% of our revenue and 35% of our EBITDA realised from off-shore operations.”

During the past financial half year the group’s financial performance continued to improve significantly with revenue from continuing operations rising by 44% to R9.8 billion, earnings before interest, tax, depreciation and amortisation (EBITDA) increasing by 16% to R686 million on a normalised basis, while normalised headline earnings per share (HEPS) grew by 25% to 71 cents. Furthermore, the group has, for the first time since 2016, declared an interim cash dividend of 28 cents per share.

Commenting on Altron’s UK operations Nyati said: “Bytes UK had an exceptional half year, growing revenue by 109% and EBITDA by 90% to R207 million. The performance of the business was positively impacted by our acquisition of Phoenix Software in the last financial year, which added scale to Bytes UK, making it a significant player in the UK software market. Bytes UK further secured a five-year, £150 million contract with the UK’s National Health Service. Furthermore, the cross-selling of Altron’s South African CyberTech offering into the UK market is gaining traction.”

Turning to Netstar, Nyati said: “Under new leadership, Netstar is driving customer centricity and cost reductions, backed by strong revenue and EBITDA growth at an organic level. The  business in total reported an 11% increase in revenue and 14% improvement in EBITDA, with improved growth in its subscriber base, particularly in stolen vehicle recovery, with churn and retentions under close control. Its most recent Australian acquisition, EZY2C, is performing well ahead of the prior year, with Altron’s total market share in Australia now at 9%. Most recently, Netstar concluded a joint venture with an in-country equity partner to offer insurance and fleet telematics in India, which further adds to our global expansion plans for Netstar and will diversify offshore earnings.”

Altron Bytes Secure Transaction Solutions (BSTS) continued to perform well, growing revenue by 15% and EBITDA by 22% to R134 million, driven by profit margins of 23% and a number of new contracts secured during the period. BSTS maintains its status as a key growth focus for the group. All components of this business performed well, with the NuPay division again being the outstanding performer. The HealthTech side of the business continues to grow its eco systems and platforms to deliver higher value services to health care professionals as well as the public health sector. FinTech is advancing its new product offerings into the unbanked environment, which presents significant growth opportunity for this division, while the CyberTech division is seeing gains from the completion of its technology centre to provide security for customer networks.

Altron ARH experienced a challenging first half of the financial year, with a number of delays in public sector contracts, however the business continues to win and deliver on current broadband network opportunities, such as the Phase 2 Gauteng broadband network contract valued at R2.8 billion over three years, building on its momentum of evolving into the preferred safe city solution provider for the smart city evolution.

Altron Bytes Systems Integration, Altron Bytes Document Solutions and Altron Bytes People Solutions saw increases of more than 20% in EBITDA. Altron Bytes Managed Solutions reported revenue and EBITDA largely in line with the prior year, while Altron Arrow reported a decline in EBITDA, primarily as a result of lower gross margin levels and overall market pricing pressure, together with exchange rate fluctuations and supply chain delays. In challenging economic conditions, the business maintained its leading component distributor position in this market and continues to work on key new lines of business, including driving its eCommerce solutions. It is well placed to deliver in the second half of the financial year through a strong order book on hand and sizeable new business opportunities.

Referring to Altron’s disposal of non-core assets, Nyati said: “We have concluded the disposal of all controlled non-core assets. This allows us to fully focus the business on ICT services and solutions and enables us to position Altron as a trusted advisor for our customers’ digital transformation journey.”

On the acquisition front, the group acquired iS Partners for R225 million in June 2018. The deal included the acquisition of Karabina Solutions, a Microsoft solutions business, and Zetta Business Solutions, which provides data advisory services. iS Partners adds to Altron’s existing Microsoft business offerings and will be integrated into the group in building a cloud and data analytics business of scale.

From a cash management perspective, the group’s overall net debt position of R1.4 billion was a significant improvement on the 28 February year-end position of R1.9 billion due to increased cash generated from operations (R720 million compared to R598 million for the prior period), as well as better working capital management. This resulted in a 220% increase in free cash flow to R295 million, which enabled the Group to allocate R249 million towards repaying its long term loans during the period.

In conclusion Nyati said: “Our great performance continues to be driven by the One Altron strategy which is anchored on organic growth, partnerships and selected acquisitions. We are committed to partner with our customers in their digital transformation journey and provide end-to-end technology solutions and services that solve their business challenges.”