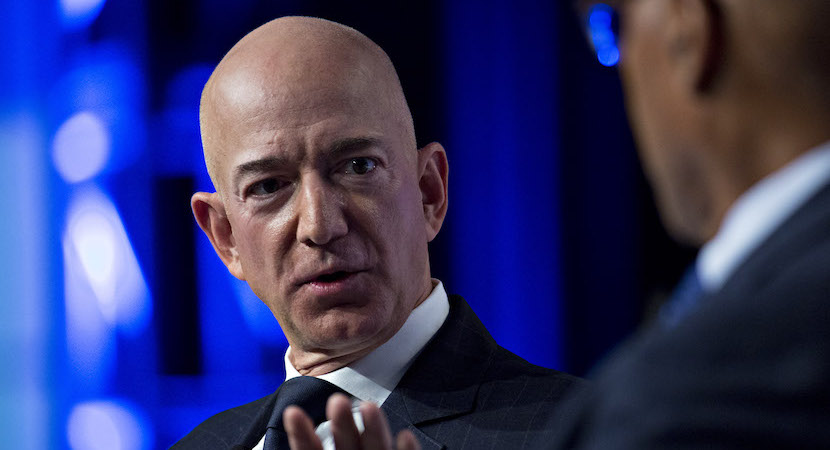 (Bloomberg) – The world’s richest man has some advice for budding entrepreneurs: Never forget about the customer, and feel comfortable with getting things wrong.

The founder and CEO of Amazon.com Inc. Jeff Bezos was speaking during a keynote at the company’s re:MARS conference in Las Vegas on June 6 when he was asked to share tips for anyone looking to start a business.

“The most important thing is to be customer obsessed,” Bezos told the audience. “Figure out how to absolutely delight them.”

Amazon has won over customers by historically offering the lowest price on a product, even if that means losing money. The company now also has 100 million paid subscribers to its Prime membership offering.

Bezos also said that entrepreneurs need to prepare for failure, hinting that bold moves need to be made to get ahead. “You’ve gotta accept that your business is going to be in many ways an experiment, and it might fail,” he said. “That’s OK. That’s what risk is.”

The Amazon CEO referenced the metaphor that if you swing for the fences in baseball, you’re going to hit some home runs – but you’ll also strike out a lot.

The difference, he said, between baseball and business, is that the maximum runs you can get when at bat is four, and sometimes, in business, a success will yield 1,000 runs.

He said: “The way that probability distribution is, you should be swinging hard. You are going to fail a lot, and it’s OK, and you need to have a culture that supports that.”

It’s not a good idea to get involved in a business unless you really believe in the project otherwise it’ll be tough to compete against your rivals, according to Bezos. “You have got to have some passion for the arena that you’re going to develop and work in,” he said.