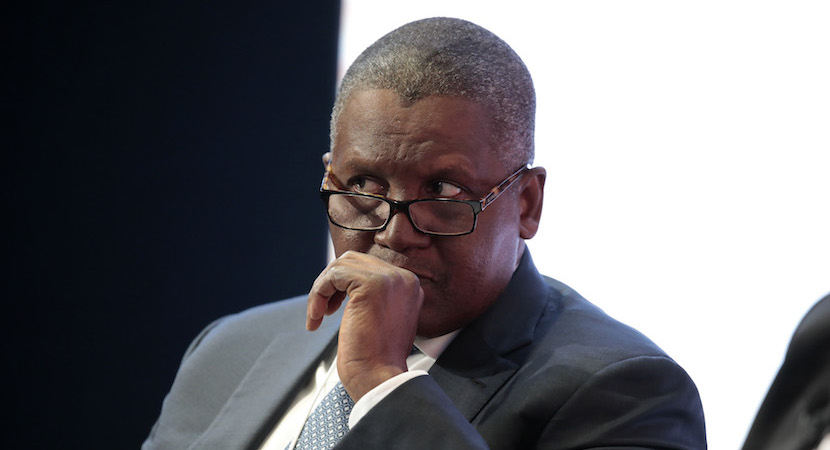 (Bloomberg) – Aliko Dangote, Africa’s richest man, plans to take office space in New York to help diversify his investments and avoid the risk of currency fluctuations on his home continent.

The owner of the biggest cement company in sub-Saharan Africa will use the base and an existing one in London to become more global after the completion of a $12bn, 650,000 barrel-a-day refinery currently under construction in Nigeria.

“In Africa, you know we have issues of devaluation, so we want to really preserve some of the family’s wealth,” Dangote told Bloomberg TV’s David Rubenstein Show.

The 62-year-old Nigerian businessman became $4.3bn richer in 2019 as his fortune continued to grow on the back of investments in cement, flour and sugar. With a net worth of about $15bn, he is ranked the 95th wealthiest man in the world, according to the Bloomberg Billionaires Index.

His conglomerate, Dangote Industries, includes the Lagos-listed Dangote Cement Plc and four other publicly traded companies under the Dangote umbrella that account for more than a fifth of the value of the Nigerian stock exchange.