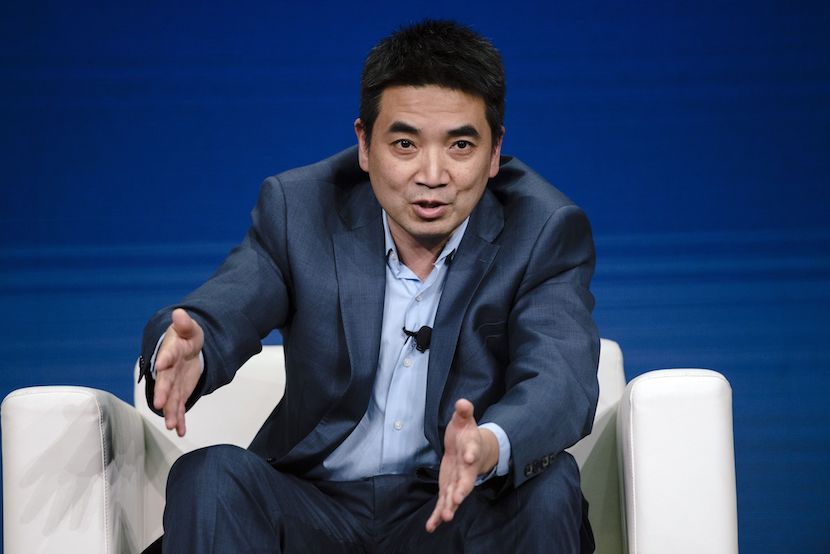 (Bloomberg) – The continuing rout in global stocks obliterated about $4 trillion of market value on Monday, but one billionaire is managing to avoid the onslaught as social distancing becomes the norm.

Eric Yuan, the founder of Zoom Video Communications, added $20m to his net worth on Monday while the S&P 500 plunged 12%. Shares of the video-conferencing company climbed 0.4%, boosting its year-to-date gain to 58%. They advanced an additional 3.5% in early trading on Tuesday after Needham & Co. analyst Richard Valera recommended that investors buy the stock.

Yuan, 50, has added $2bn to his net worth in 2020, the fourth-biggest increase in the Bloomberg Billionaires Index, a ranking of the world’s 500 richest people. After starting the year unranked, he’s now at No. 274 on the list with a $5.6bn fortune.

Demand for Zoom’s software, which facilitates virtual conferences and web meetings, is exploding as the spreading virus is prompting office closures and meeting cancellations. Business conferences, college courses and even children’s playgroups have all moved online as people worldwide heed calls to stay away from one another.

Born in China, Yuan overcame eight denials on his US visa application before finally making it to Silicon Valley. He came up with the idea for Zoom after repeatedly traveling 10 hours to see his girlfriend while they were college students.

The world’s 500 wealthiest lost a total of $258bn on Monday, pushing their collective losses this year to more than $1trn. Facebook co-founder Mark Zuckerberg, the world’s fifth-richest person, incurred the biggest one-day decline, with his fortune plunging $9bn to $56.3bn.

But no one has lost more wealth so far this year than Frenchman Bernard Arnault. The chairman of luxury-goods maker LVMH ended 2019 as one of just three people with a net worth of at least $100bn. On Monday, his fortune sank $4.6bn, bringing his 2020 decline to $40.6bn. He remains the world’s fourth-richest person.

Today, just one centibillionaire remains: Jeff Bezos. The Amazon.com founder ended Monday with a net worth of $105.5bn, after shares of the retailer slid 5.4% on the day and sliced an additional $5.4bn from his fortune.