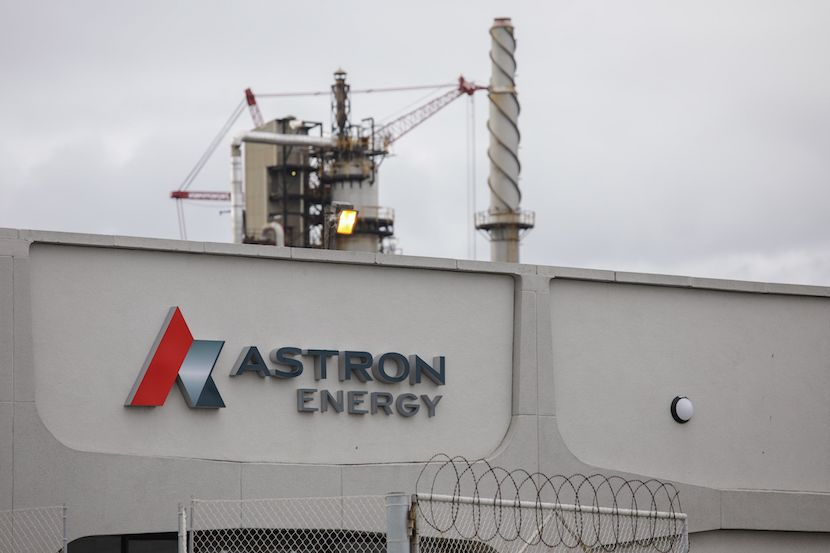 CAPE TOWN (Reuters) – Two people were killed on Thursday in an explosion at Astron Energy’s 100,000 barrel per day refinery in Cape Town, the company said as it promised a full investigation.

The Western Cape’s emergency medical services said one man and one woman died at the scene, while seven people sustained minor injuries and were taken to hospital.

“This is a terrible tragedy. Our thoughts are with the families of all those affected,” Astron Energy’s chief executive Jonathan Molapo said in a statement.

“We will conduct a full investigation of the incident,” Molapo said, adding there was no immediate threat to fuel supplies nor surrounding communities.

Astron said two of the seven workers injured in the blast remain in hospital.

The Milnerton plant, which was restarting after undergoing extended maintenance, was shut down after the fire.

“At first I thought it was thunder, but it was just like one big rumble and you could feel the vibrations,” Felix Holm, who lives some 500 metres away from the refinery, told Reuters.

The refinery, which Glencore acquired as part of an almost $1 billion deal with Chevron, this year completed a 400 million rand ($23 million) upgrade to produce very low sulphur fuel for ships docking in Cape Town port.

The shutdown comes at a crucial time for South Africa as it reopens after a coronavirus lockdown. Industry body SAPIA said in May that the country was facing a diesel shortage due to a spike in demand as restrictions on movement eased.

Africa’s most industrialised economy is a net importer of crude and petroleum products.