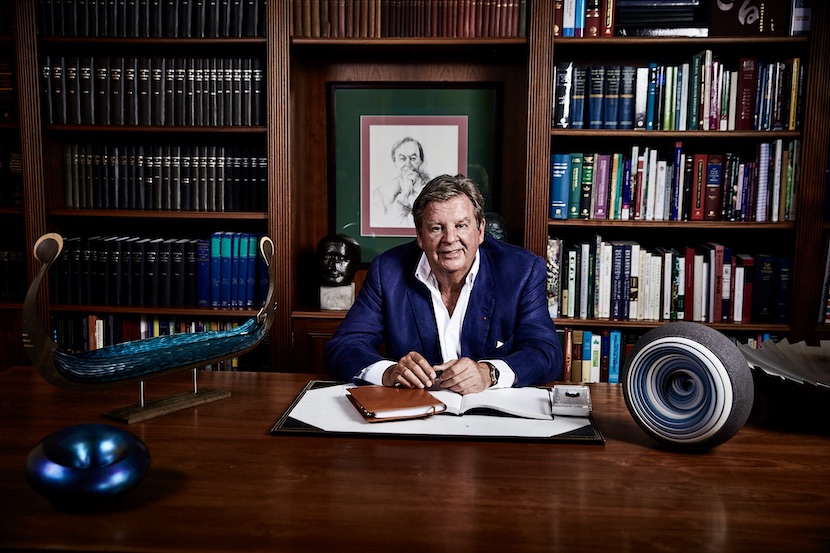 The quarter under review was characterised by a varied performance across regions, with the continued spread of Covid-19 resulting in a halt in international tourism and temporary closures at points of sales in line with changing local lockdown measures. Sales progressed by 5%, driven by 25% sales growth in Asia Pacific where robust results in China (+80%) and Taiwan (China) (+29%) more than offset declines in other Asian locations. Sales in Europe contracted by 20%, affected by renewed public health protection measures and a halt in tourism. In the Americas, sales rose by 3%, supported by relatively strong domestic sales. The strong 27% sales increase in the Middle East and Africa reflected good performance across channels, resumed tourist spending in Dubai and solid domestic spending, notably in Saudi Arabia. Sales in Japan rose by 1%, benefiting from resilient local demand before public health measures were re-instated in major population centres.

The online and offline retail channels both posted sales growths, more than offsetting a decline in the wholesale channel. The retail channel recorded an 8% sales increase, driven by double digit growth at the Jewellery Maisons, despite the negative impact of temporary store closures. Retail sales were particularly strong in China, Taiwan (China), Russia and Saudi Arabia. With 17% sales growth, the online retail channel posted the strongest relative performance, thus confirming the acceleration in online luxury shopping witnessed in previous quarters. Demand was strong across many locations including China, Japan, the United States and France. Sales in the wholesale channel were 8% lower than in the prior year period, notwithstanding higher sales in Asia Pacific and the Middle East and Africa.

The 14% sales progression at the Jewellery Maisons was supported by good jewellery and watch sales at Cartier and Van Cleef & Arpels. Sales grew in all regions except Europe, and across all channels. The Specialist Watchmakers’ sales decreased by 4%, with declines in all regions excluding Asia Pacific where sales grew by double digits, partly sustained by the Watches & Wonders event in Sanya. At the Online Distributors, a competitive pricing environment in online retail limited sales growth to 4%. The Group’s Other business area posted a 13% reduction in sales, reflecting challenging trading conditions, particularly in travel retail locations, for our Fashion & Accessories Maisons, except for Peter Millar which recorded growth.

Sales over the nine month period to December decreased by 16% at actual exchange rates and by 14% at constant exchange rates, a marked improvement over the performance in the first six months of the financial year.

The Group’s results for the current financial year will be announced on Friday, 21 May 2021, and its annual general meeting will be held on Wednesday, 8 September 2021.