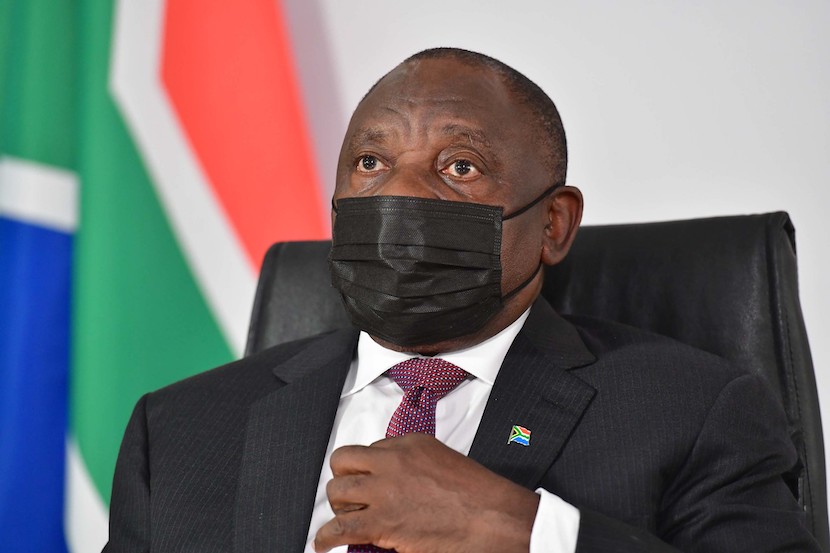 (Bloomberg) – Vaccines need to be viewed as a global public good and the intellectual property, knowledge, technology and data related to Covid-19 vaccines should be available to all, South African President Cyril Ramaphosa said in his weekly letter.

South Africa and India have recently submitted proposals on the World Trade Organisation’s Agreement on Trade-Related Aspects of Intellectual Property Rights that would allow for a temporary waiver of certain aspects of TRIPS. This would mean wider access to the technologies needed to produce vaccines and medicines.

“A situation in which the populations of advanced, rich countries are safely inoculated while millions in poorer countries die in the queue would be tantamount to vaccine apartheid,” Ramaphosa said. “It will set a devastating precedent in our quest to realise a more egalitarian world and our ability to handle future pandemics.”

Twenty years ago, South Africa was the site of victory in a lawsuit that pitted public good against private profit.

At the time, we were in the grip of the HIV/Aids pandemic, and sought to enforce a law allowing us to import and manufacture affordable generic antiretroviral medication to treat people with HIV and save lives.

In response, representatives of the pharmaceutical industry sued our government, arguing that such a move violated the Trade-Related Aspects of Intellectual Property Rights (TRIPS). This is a comprehensive multilateral agreement on intellectual property.

The case, dubbed ‘Big Pharma vs Mandela’, drew widespread international attention. The lawsuit was dropped in 2001 after massive opposition by government and civil society.

As a country, we stood on principle, arguing that access to life-saving medication was fundamentally a matter of human rights. The case affirmed the power of transnational social solidarity. Several developing countries soon followed our lead. This included implementing an interpretation of the World Trade Organization’s (WTO) Agreement on Trade-Related Aspects of Intellectual Property Rights (TRIPS) that allowed them to import and manufacture generic antiretrovirals.

Years later, the world is in the grip of another deadly pandemic in the form of COVID-19. And once again, South Africa is waging a struggle that puts global solidarity to the test.

Alongside India, we have submitted a proposal to the WTO for a temporary waiver of certain aspects of TRIPS to facilitate wider access to technologies needed to produce vaccines and medicines. The idea is to rapidly scale up local production to ensure wider access to affordable and effective vaccines.

The waiver proposal currently enjoys the support of more than 100 countries. Last week the US government announced its support for the proposal, which will give the current negotiations added momentum.

The enforcement of intellectual property rights is critical to research and development and innovation in the quest for human progress.

But our position as South Africa is that such a waiver is necessary at this time. It is temporary and is in direct response to an emergency.

This is an unprecedented situation. It requires that all intellectual property, knowledge, technology and data related to Covid-19 health technologies be put at the disposal of all.

If we as the international community are truly committed to human rights and the values of equality and non-discrimination, vaccines should be viewed as a global public good.

They should be made available to all, not just to the highest bidders.

A situation in which the populations of advanced, rich countries are safely inoculated while millions in poorer countries die in the queue would be tantamount to vaccine apartheid.

It will set a devastating precedent in our quest to realise a more egalitarian world and our ability to handle future pandemics.

Social responsibility for health is a recognised principle in the Universal Declaration of Bioethics and Human Rights adopted by the international community in 2005.

It affirms that progress in science and technology must contribute to justice, equity and the interests of broader humanity. It notes that the benefits of scientific research should be shared with society as a whole and within the international community, in particular with developing countries that face resource constraints.

Earlier this year, the UN’s education, science and culture body UNESCO called for vaccine equity, noting that it was not just the right thing to do, but also the best way to control the pandemic, restore confidence and to reboot the global economy.

Currently, 55% of the existing vaccine manufacturing capacity is located in East Asia, 40% in Europe and North America, and less than 5% in Africa and South America. In the case of developing countries, much of this capacity is under-utilised.

South Africa is one of only five countries on the continent with vaccine production capacity. Although we have secured enough vaccine doses to reach ‘population immunity’, there will continue to be a need for vaccines. We are therefore preparing to bolster global vaccine manufacturing for Covid-19 and other major diseases. Existing facilities need to be repurposed and new capacity built.

I call on all South Africans to support this effort, and in particular civil society organisations that played a leading role during the HIV/Aids pandemic.

Civil society has a critical role in mobilising international support for this cause, particularly through international cooperation with like-minded organisations in developed countries. This is an issue that calls for greater public advocacy and awareness-raising.

As a nation, we must stand united in our effort to manufacture Covid-19 vaccines to save lives and proceed with the national recovery.

It is about the promotion of health as a public and social good.

It is about affirming our commitment to the advancement of equality and human rights, not just in our own country but around the world.