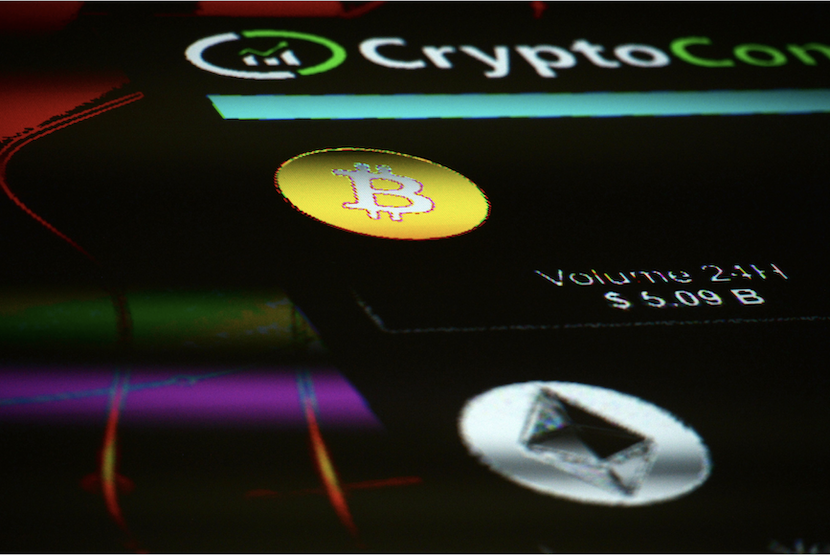 (Bloomberg) – Wall Street traders like Trey Griggs are finding a new lease on life in the $2.4trn crypto Wild West.

After two decades in energy trading, the 51-year-old was lured by a former Goldman Sachs colleague this February into a new world of market-making in digital currencies.

“All the fun that used to be had 30 years ago in the commodity markets and is no longer fun – that fun is now in crypto,” says the US chief executive officer at GSR Markets in Houston.

Griggs is among crypto newcomers deploying systematic strategies that are tried-and-tested in conventional asset classes – price arbitrage, futures trading, options writing — in a booming new corner of finance. As more mainstream investors get behind Bitcoin, boutique firms are joining the likes of Mike Novogratz in an ever-broadening crypto rally that keeps breaking records.

For those who can stomach the price swings, the threat of exchange hacks and the byzantine market structure, complex fast-money trades are offering an alternative way to ride the digital mania.

At GSR, the firm’s bread and butter is market-making, where traders pocket the spread between buy and sell orders.

In stocks, that’s a nearly oligarchic business where the likes of Citadel Securities and Virtu Financial operate at lightning speed. In virtual currencies, where hundreds of exchanges offer free access at a slower pace, GSR can capitalise on the big volumes without splurging millions on high-frequency infrastructure.

“Part of the tech we have is just to tell us did we actually trade or not, is this trade good or bad,” says GSR co-founder and former Goldman trader Richard Rosenblum. “We don’t want to be slower than our competitors, but it’s just not quite as much of the driver.”

For every strategy in stocks, bonds or currencies rendered boring by low rates, regulation or market crowding, there’s a lucrative trade in a token lying across the hundreds of exchanges out there. Or so the thinking goes. 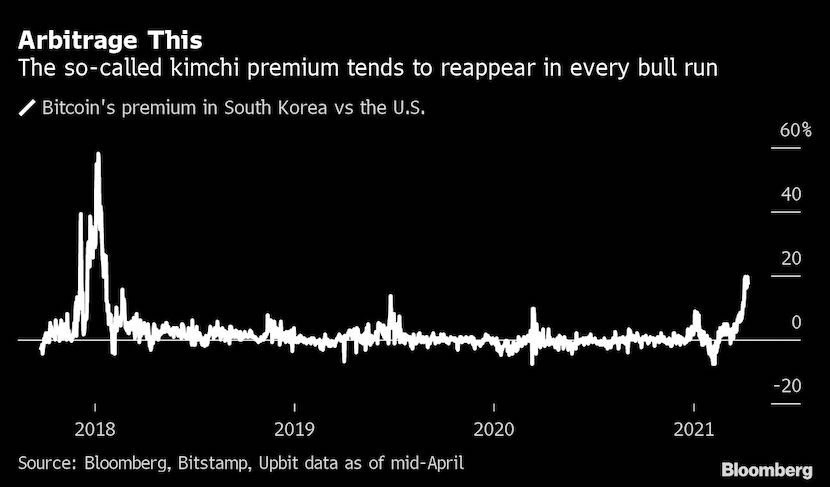 While crypto die-hards have made merry like this for years, the relentless rallies across the tokensphere this year are drawing more Wall Street converts seeking riches and new thrills.

Take Mark Treinkman. After a career mostly at proprietary stock-trading shops like Chimera Securities, digital money is renewing his passion for quant trading.

“I’ve been going through some of my old strategies and things that wouldn’t have worked in equities in decades have an edge in crypto still,” he says.

A market-neutral strategy run by his $60 million firm BKCoin Capital gained 71% last year using investing styles that often include arbitraging different prices across exchanges and the gap between the spot and futures market.

For a few minutes during trading on Wednesday, for example, the price of Ethereum Classic jumped well above $100 on the Coinbase exchange. The digital token was trading at less than $80 at other venues, offering an obvious opportunity for investors to make money simply by buying in one place and selling in another.

It’s one of the best-known – albeit diminishing – discrepancies exploited by the likes of Alameda Research, a crypto trading firm filled with former traders from high-frequency shops. A famous example is the kimchi premium, the tendency for Bitcoin to trade higher in South Korea thanks to strong demand and the difficulty of moving money around to profit from the gap.

With no one-stop prime broker to centralise trading books and offer clients leverage across venues, traders like Treinkman face plenty of challenges in their bid to arbitrage price gaps, but say the rewards are commensurate.

And the opportunities pop up everywhere. For instance, when longer-dated futures in pretty much any asset class trade higher than the spot price – known as contango – the former almost always converges to the latter as the contracts mature.

That’s popularised the crypto basis trade, where an investor goes long the spot rate and shorts the futures.

“The crypto market is still dominated by retail investors who use excessive leverage and bid the premiums for futures,” said Nikita Fadeev, a fund manager at $60m crypto unit at quant firm Fasanara Capital.

Trades common in the industry also include short-term momentum and a form of statistical arbitrage, which bets on gaps between various tokens eventually closing like when Ethereum is surging but Bitcoin isn’t, Fadeev says.

Over in Zug, Switzerland, St. Gotthard Fund Management has transformed from an old-school family office writing options on Swiss shares to a digital evangelist in its income strategy aiming to yield 8% a year. Just like in stocks, the investing style sells derivatives to take advantage of big demand to hedge price swings – which causes the volatility priced into options to be higher than what’s likely to come to pass.

For option writers like St. Gotthard, that means the premiums are much juicier, though they also come with a higher risk of having to actually pay out, like an insurer during an earthquake.

“The major difference at the end of the day is how much premium retail investors are willing to pay,” says chief investment officer Daniel Egger. “On the other hand of course we’ve written calls we wished we hadn’t in those moves up.”

In fact, going long crypto over the past year has proved the easiest and most profitable way to tap into the boom. And for those choosing the systematic route, competition is rising.

For example, in order to get an edge in its market-making strategy, BKCoin has recently installed servers at Asian crypto exchanges, a move known as co-location in the high-frequency world of stocks. It’s a sign the industry is growing up fast.

“In any emerging market we’ve seen these inefficiencies decrease over time,” said George Zarya, founder of Bequant, a crypto prime brokerage that caters to systematic traders. “There are more professional players that come in.”