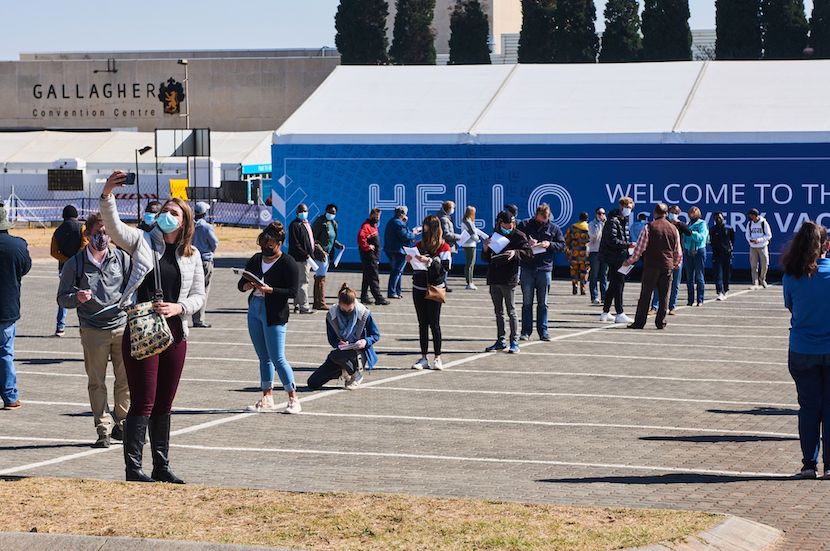 Discovery of South Africa Orders Employees to Get Vaccinated

By John Bowker and Roxanne Henderson

(Bloomberg) –Discovery Ltd. will make Covid-19 vaccinations mandatory for all staff from the start of next year, following major global companies from banks to airlines in insisting on inoculation.

South Africa’s largest medical-scheme administrator is making the rule to ensure the safety of employees, according to a statement. The Johannesburg-based company is involved in the rollout of doses in the country, and anticipates a spend of R200 million ($13.9 million) on the project in the 2022 fiscal year.

The debate over whether to make vaccines compulsory for certain places is just kicking off in Africa’s most developed economy, which has fully inoculated about 15% of adults. The government is considering the introduction of so-called vaccine passports as one measure to open up the country, Minister in the Presidency Mondli Gungubele told reporters Thursday, echoing comments by Health Minister Joe Phaahla the previous day.

Major global companies that have made vaccines compulsory to at least some extent include lenders CitiGroup Inc. and Deutsche Bank AG, while U.S. carrier Delta Air Lines Inc. said last month it will impose a $200 monthly fine on employees who aren’t vaccinated against Covid-19.

“We don’t believe either government or companies have the right to impose vaccines on people,” said Sizwe Pamla, spokesman for the Congress of South African Trade Unions. “If you are a company and you have employees you don’t own them, you only have a contractual agreement with them.”

Minister of Employment and Labour Thulas Nxesi published a policy in June that stated that companies should find a “reasonable resolution that accommodates all parties” when dealing with the vaccination issue.

Institutions “must do the hard work and sell vaccines to people and incentivise people,” Cosatu’s Pamla said. “They cannot impose their will on others. As a federation we find this worrying because we know it’s a slippery slope.”

-With assistance from Renee Bonorchis.