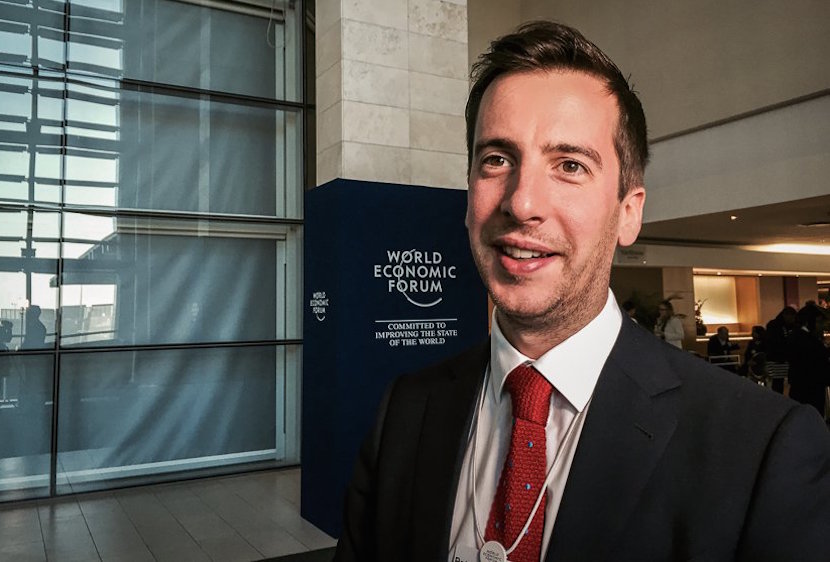 Peter Attard Montalto, emerging market specialist in the London operation of Nomura, says the investment market’s reaction to Pravin Gordhan’s 2016 Budget tells the story: Bonds worsened by 20 basis points and the Rand fell from R15.30 to R15.70. In its desperation to avoid having SA’s credit rating dropped to “junk” status the Treasury may have been focusing on pulling the wrong levers. Montalto says rebooting economic growth is the more important issue for rating agencies – and with no rabbit pulled out of Gordhan’s hat, the country remains on track for that dreaded downgrade. – Alec Hogg

This special Budget podcast is brought to you by Brightrock. Joining Alec Hogg from London is Peter Attard Montalto, the emerging market specialist at Nomura Bank. Peter, I know you follow South Africa very closely. What was your assessment on what we heard today in Pravin Gordhan’s Budget?

Well, fiscal was very conservative clearly, but they took the choice to do optical headline consolidation of the deficit as opposed to trying to keep debt to below 50 percent. They took the moderate to hard route on that front, which was okay. I think there were some deep meaningful cuts to expenditure and reprioritisations going on as well as those revenue measures that have also come through at the same time. The real thing that was lacking today was this ‘rabbit out of the hat’ moment that we still haven’t seen from the Budget on growth issues, on having any confidence that Pravin Gordhan has any wider control of microeconomic policies and that’s ultimately what the ratings agencies and the markets are looking for. Hence, the negative reaction in the market to the Budget.

Is there enough (or clearly, not enough) for the ratings agencies to keep South Africa away from junk status?

I think the interesting question is what National Treasury really thought they could get away with today. If the agencies were only looking at fiscal, today would be enough but I think the agencies have actually been very clear in that they’re looking around growth – medium and long-run growth, which ultimately provides those longer-run fiscal risks. The NT are not overly concerned or concentrating on short-run fiscal so I think in that sense, definitely National Treasury either took the wrong decision in being unable to put forward those wider growth-boosting measures.

From a perspective that you’re looking at (sitting 9000kms away), is there enough in this that shows that Pravin Gordhan has the political clout to be able to follow through and really take South Africa on a different path?

Unfortunately, I don’t think there is. You definitely can see today that Pravin Gordhan is operating in larger political spaces on fiscal policies than he last was and hence, the difficult decisions he’s been able to push through on that front today. It does seem clear that he does have more control over wider parastatal policy. On those real fundamentals, i.e. the microeconomic structural reforms, whether its education, labour, or the mining body he doesn’t seem to be able to have anything to offer from the Budget today and that’s where he was disappointing.

So from here we’ve got to watch, as you said in your note before the Budget, what the ratings agencies are going to be saying about it. Given the way that the market has reacted (and maybe you can take us through that as well), what are you expecting on that front?

Well, we’ve actually already seen S&P, on Bloomberg, on the wires and giving some comment. They’re pretty much praising the fiscal choices that were made and really bringing everything back to concentrate on growth. I think that kind of rhetoric will be repeated by the other agencies as well. The market reactions actually very interesting if you consider there were actually quite steep cuts in net issuance going forward, which National Treasury has now penciled in. That still wasn’t enough for the market. A lot of that’s coming off a sort of one-off surround, FX deposit revaluation at the SAAB that allowed them to have room to do that. Even though there’s lack of delivery on the growth side that’s caused long-end bonds to be trading up 20 basis points or so today. The Dollar/Rand going for 15.32 and now up to around 15.70 and those kinds of moves are really reflecting those disappointments – the lack of great measures.

So the anticipation or the hope was a ‘rabbit in the hat’ moment that didn’t come.

Indeed. I suppose you could say we had a ‘rabbit in the hat’ on fiscal with these kinds of measures. There are certainly fiscal risks and there are very detailed things going on within the Budget that we can leave for another time maybe but really, the ‘rabbit out of the hat’ that people were waiting for at the SONA (in a different way of doing business with Government) really didn’t come through. There were too many appeals to the National Development Plan in the Budget review document and in the speech itself. The list of things that they’re looking at such as improving confidence and infrastructure etcetera, are really no different than we’ve had before in previous Budgets.

What would it have taken to keep the Rand at 15.30 rather than as you say, blowing out to 15.70? Perhaps privatisation…

I think you would have needed a mixture of things. You could have had a much deeper fiscal consolidation that was keeping debt-to-GDP below 50 percent. That could have partly done the trick and been optically, much better. You have to think of some of these great relationship measures. Privatisation could well have been part of a more serious restructuring to come on parastatals. Restructuring doesn’t mean a gluing together (SAA and other entities) and trying to somehow find someone to take a minority stake. The announcement around fundamentally doing things differently, whether it’s around education in respect of unions there or the State versus private sector and things you can do with funding there – it could have been one option or labour.

Peter, you follow the country very closely and you saw what happened in December. Are we still (as far as the markets are concerned), suffering a bit of a hangover from that?

To some degree, yes. There was the assumption that something must come through from the Budget after the SONA disappointment. Really, people are now readjusting their expectations. In fact, the world doesn’t look hugely different than it did back just before Van Rooyen was appointed.

The political impact that all of this might have… Pravin Gordhan has been selling it as a Budget that would avoid a downgrading by the ratings agencies. The way the market has reacted is clearly, they don’t think he’s done enough within the party. Is there not a danger of some kind of a backlash against him?

I don’t think so. I think he’s been very careful around how he distributes the cuts. Quite widely, the structure of the revenue changes as well are quite progressive so I don’t think a massive backlash on that is going to happen. There can be some pushback in terms of the very reliance on compensation budgets at particularly, the sub-central Government level. There may be a little pushback on that but we have to think about this ratings story. For me, the timeline hasn’t really changed. This Budget doesn’t mean the S&P are going to be downgraded to junk straight away. For me, the forecast there is still that some investment grades will be at year-end this year. Moody’s are maybe going in the first half of next year. This is still a slightly slow-grinding story as they wait to see great numbers come out, and as they wait to see how the Budget is being implemented. If there are any expectations out there that’s still the wrong way of looking at it and really, we’re still focusing on where the one-year narrative is and that’s what we ought to judge it against.

With the absence of economic growth in the next year, that looks like a fairly inevitable conclusion – junk status.

Again, we have to think about what the agencies and investors are really looking at. The agencies definitely want to have confirmation about how low the growth is going but it’s really about an analysis for them and where the long runs of great drivers are. I think everyone allows the Government a year or two of being unable to influence growth. All the policy tools that South Africa has at its fingertips to unlock growth are around medium to long-run growth and underlying potential growth. It’s a mixture of those – that current growth numbers for the agency. More importantly, the longer-run calculations of where potential growth are. Where average growth is from 2020 to 2025 are the sorts of measures that agencies look at quite a lot. After today, there’s no reason to push that potential growth and long-run growth averages.

Peter, just to close off with, there’s been a lot made here in South Africa about the closer relationship between Government and business. Is that going to play any role from where you’re seeing it?

I think the interesting thing there is that Pravin Gordhan clearly has much greater control over the Government narrative about Government interactions with business. If we think back, there’ve been record numbers of interactions between the President and business agencies (the 2014 elections). The trouble in the past is that there’s never been listening or proper absorption of what’s being said. The ultimate problem is that everyone in South Africa knows (or the ANC knows) that the ANC always has the right policy on the table around these microeconomic reforms. The problem is that it’s politically impossible to implement. That’s the real problem here and not somehow going out and finding the right policy – magically – under a rock somewhere. The right policy is already there. The question is always about implementation.

Peter Attard Montalto is the emerging market specialist at Nomura.