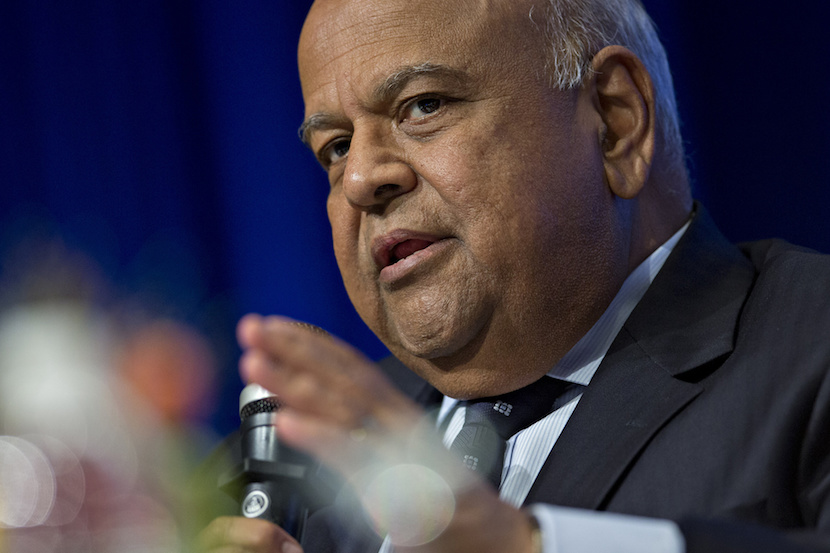 Finance Minister Pravin Gordhan will deliver one of South Africa’s most watched mini-budgets today. And as Mike Cohen says, the heat is on. But what should investors and taxpayers look out for? The Bloomberg piece below maps out 3 areas to watch out for. They may have a profound impact on how the rating agencies react come December. And you can watch it live right here. – Stuart Lowman

(Bloomberg) — The heat will be on South African Finance Minister Pravin Gordhan when he delivers his mid-term budget on Wednesday at a time when the economy is stagnating, the nation stands on the brink of a junk credit rating and universities have been rocked by student protesters demanding free education. Here are some of the key issues to look out for:

How Gloomy Is the Growth Outlook?

While Gordhan forecast in February that the economy would grow 0.9 percent this year, soft commodity prices, a lackluster global economy and a crippling drought have put that target beyond reach. The 2016 growth rate will probably be just 0.4 percent, according to the median estimate of 24 economists surveyed by Bloomberg. The International Monetary Fund is even more pessimistic, forecasting an expansion in gross domestic product of 0.1 percent. 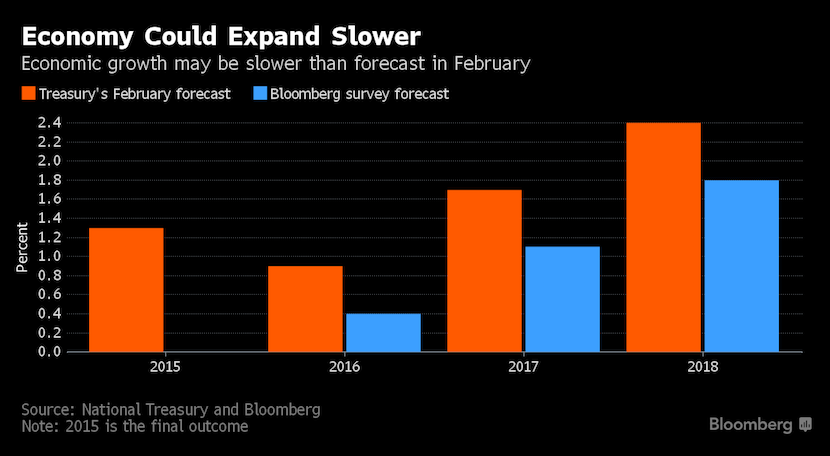 Will the Treasury Stick to Its Budget-Deficit Targets?

The malaise in the economy is curbing tax revenue, frustrating Gordhan’s efforts to rein in the budget deficit — key to maintaining an investment-grade credit rating. The fiscal gap is likely to be 3.4 percent for the year through March 2017, and narrow to 3 percent by fiscal 2019, according to the median estimates of economists surveyed by Bloomberg. That compares with a deficit target of 3.2 percent for the current fiscal year, 2.8 percent for fiscal 2018 and 2.4 percent the year after that in the February budget. 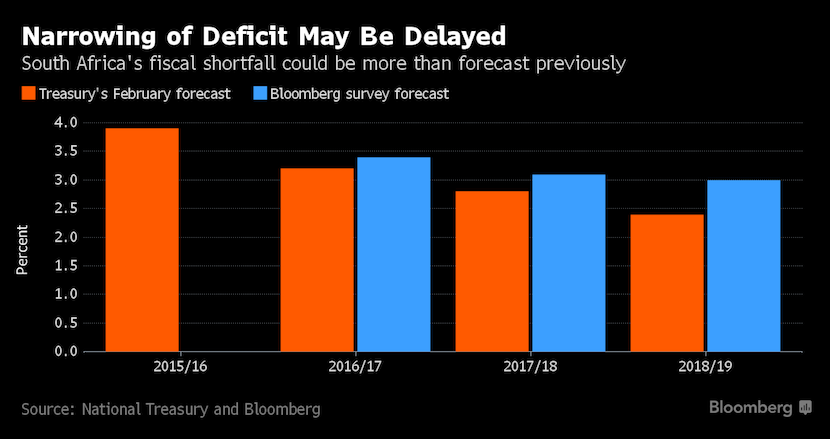 How Will Debt Levels Be Affected?

Gross loan debt as a percentage of GDP shot up to 50.5 percent in the 2016 fiscal year, from 41 percent just three years earlier. The ratio is projected to peak at 51 percent next year, before declining to 50.5 percent in fiscal 2019, according to the February budget. Ratings companies and investors are likely to frown on any slippage of that target. The rand has weakened more than 30 percent against the dollar since the start of the 2014 fiscal year. 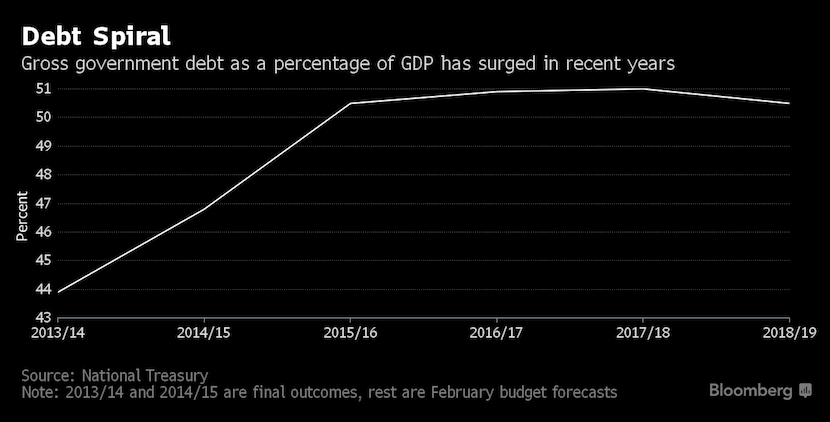