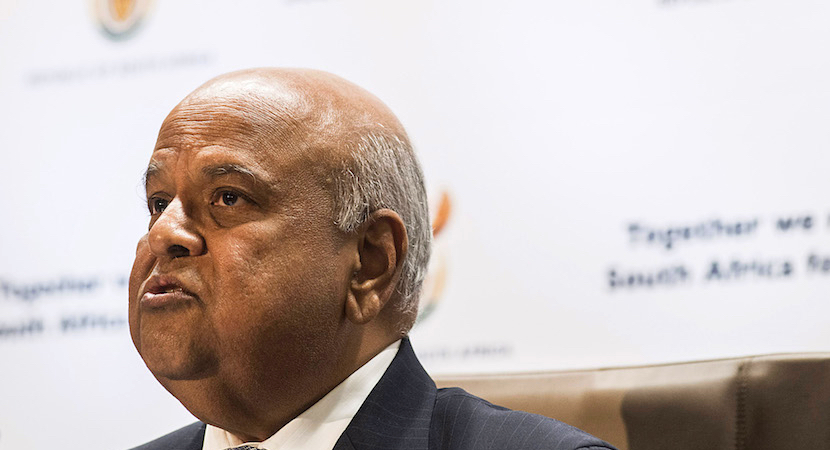 Every year, hundreds of thousands of skilled South Africans find jobs outside the country where low-tax rates are a strong magnet. Add in the global “183 day” regulation and as long as they spend six months of the year outside of SA, the money earned there escapes SA tax. But in last week’s Budget, SA Finance Minister Pravin Gordhan warned that he will be putting put an end to that. He has warned that legislation is in the offing to ensure that Saffers in, say, tax-free Dubai, will be liable to pay SA tax rates on earnings in the same way as they would had they earned the money in SA. BDO’s head of personal and expat tax Shohana Mohan explains the implications. – Alec Hogg

This special podcast is brought to you by BDO and Shohana Mohan, who is head of Individual and Expat Taxes at BDO joins us now to have a look back at something rather controversial that came out in the budget, the 183 day rule will be changed, but let’s just understand what it is. What is this 183 day rule to start with, Shohana?

Just simplify that, if you are then employed outside of South Africa and spend part of your time there, do you fall into that net?

That’s interesting; do you pay tax then in the other country where you are working?

Well in terms of the application of most double tax agreements, ideally a person who is in another country for more than 183 days is likely to be paying tax in that particular country based on the particular source of that income, but as of now, the test for the application of this particular exemption has not been linked to whether or not that person pays tax in a foreign country.

I don’t understand that. If you are working in Dubai, for instance, where you can work tax-free, are you then exempt from tax in Dubai, but have to pay it in South Africa?

No, in terms of the current legislation and that’s before this budget proposal contained in Annexure C, an individual who doesn’t pay tax in Dubai, but meets these requirements, the exemption requirements which I just spoke about, the 61, 184 days, that person will be exempt from paying tax in South Africa, notwithstanding the fact that he hasn’t also paid tax in Dubai.

All right, so you go and work in Dubai, you spend six months of the year there, whatever you earn there, you get tax-free in essence.

Yes and that is now what this Annexure C proposal in the budget is all about, where I think National Treasury is obviously looking at it and saying, “While the intention for implementing this particular exemption, which is the 184 day rule, called Section 10.102, was purely to mitigate double taxation”. So it’s a domestic law provision to mitigate double taxation, but as you’re rightly saying, your example in Dubai, if the person’s not paying tax in Dubai and not paying tax in South Africa, then that person essentially is not paying tax anywhere. So it’s basically double no taxation in that regard and that is why there is this proposal which is now saying that the qualifying criteria going forward potentially would be that if the person doesn’t pay tax in a foreign jurisdiction, then that income should be taxed in South Africa. 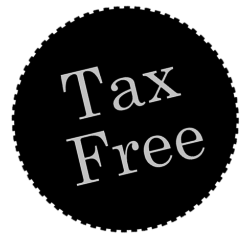 That’s very significant. Let’s just try and work out some practical examples here. If somebody goes to Dubai, works there for six months and one day, so meets that 184 rule, comes back to South Africa, and works for South Africa for the rest of the time; do they not pay tax in either jurisdiction?

That is a good technical question that you ask. It’s not all remuneration that will be exempt from South African tax, it’s only for the remunerations, the actual work pay that the individual spends outside, rendering a service that will qualify for the exemption. So, if the person in your example spends six months and one day, so 184 days outside the country, but then he comes back to South Africa and he works back here, then the normal sourcing rules will apply and the work pay that he sends back here will be taxed in South Africa.

Alright, so there’s no way of dodging that, but now let’s start understanding how it’s going to affect those tens of thousands, if not hundreds of thousands of South Africans who are plying their trade in low tax regimes like perhaps, the Middle East, what is it likely to mean to them?

For them, what it’s likely to mean is if they’re not paying any tax, like the Middle East Regime, it will mean, going forward, if the legislation does get enacted (and let’s just maybe take a step back, this is just a proposal, so it’s not yet enacted and I’m sure there’ll be a series of consultations around this before anything gets enacted in the legislation), so if this were to go ahead, it would mean that employers would have a liability and responsibility to make sure that tax is paid in South Africa.

For example, when an individual is about to leave on an assignment to a foreign jurisdiction being a no-tax jurisdiction, this particular cash flow benefit that now exists where the employer can elect not to pay the tax in South Africa, will now fall away. So that individual will actually not score by not paying tax any more in another country or in South Africa.

Wow, that’s a huge change for people who have left the country and are trying to earn a little bit of extra money. What’s the rationale behind all of this?

It’s purely to avoid a situation of double non-taxation, so it’s to avoid the situation of an individual not paying tax in any jurisdiction.

The technicality around that particular aspect and I think what you’re alluding to, is whether people will leave South Africa and then become non-tax residents of South Africa. So the technical glitch there is that if a person even becomes a non-tax resident, which has other tax consequences like from a capital gains tax perspective, which I won’t go into now, but if a person becomes non-resident, Section 7.102 will still apply because this section applies even to a non-resident, so it applies to any person resident or non-resident. The only planning around that would be who the employer is and who is actually paying the remuneration. For example, if the person remains a tax resident of South Africa, but he’s not paid by a South African resident employer, then there wouldn’t’ be a monthly withholding obligation for tax purposes.

So that individual is likely then on assessment or through the provisional tax system every six months, will then have to be obtained across the tax to SARS. If, on the other hand the person is now a non-resident and as if they immigrated from South Africa, ceases to be a tax resident, and goes and works in a foreign jurisdiction, if there’s no South African employer involved and if that person is deregistered for tax purposes in South Africa, then he or she shouldn’t have a liability in South Africa.

It’s pretty complicated stuff, but if you get to the bottom-line, it suggests to me that the millions of South Africans literally, who are working outside of the country will in future be thinking of maybe cutting their ties because if there’s a tax obligation, even though you’re not working in the country, it doesn’t seem to make a lot of sense to be paying taxes there if you are based somewhere else.

Absolutely, I agree with you, but as I said, there’s obviously personal circumstances to be considered, for one who ceases to be a resident in South Africa for tax purposes is dealing with capital gains tax issues and an individual would have to consider personal circumstances before those decisions are made, but yes, it’s very likely that, not to have the tax figure back in South Africa, even be it on assessment or be it through provisional tax, those who are considering long-term immigration might just then make that decision eventually.

The unintended consequences in a case like this are exactly what you’ve said, or do you think that this is fully intended, that there’s something behind this decision or this suggestion that will get those South Africans who are not living in the country anymore to finally immigrate? 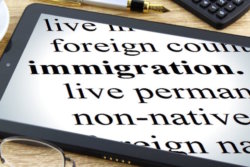 I don’t think that is the intention. Truly, I don’t think so. When you look at the rationale, as I said earlier, for the inclusion of the section in the domestic legislation, it is purely to mitigate the situation where a South African resident or a non-resident works for 183 days in a foreign country and now by virtue of the application of the double tax agreement with South Africa and that foreign country, that individual becomes taxable in that country.

SARS was saying, from an administrative perspective, that individual should then not be paying tax in South Africa, the fact being that he or she is likely to pay tax in a foreign country, but as you know, the Middle East has opened up quite significantly with a lot of opportunities, so you’re finding many South Africans working there but not paying tax there and also not being taxed back in South Africa. I think that was not intentional of the legislature initially.

It’s quite clear with Brexit, that the British, for instance, who attract skills into the UK and they’re going to do that by using tax policy, but if I understand correctly what the South African government’s trying to do, it would then force the hand of skilled people in South Africa who want to work in the UK because they won’t be able to take advantage of lower tax rates.

Well, yes, to an extent I think it will be determined where you look at, firstly, which jurisdiction the individual is going to and in most cases though, often more than not, is where you have companies that expand in, say for example, Africa, or into the rest of Europe, or the Middle East, where they implement tax equalisation policies. What that simply means is that there’s no tax benefit actually by virtue of the person taking up a foreign assignment in a low tax rate country.

For example, if an individual is leaving from South Africa to say Botswana and the tax rate in Botswana is say, 25 percent and in South Africa we’re now sitting at 45 percent, the employer tax equalises that person, saying you will pay no more tax than had you remained back in South Africa, which means his cap is 45 percent. So for him going on that assignment, it won’t be a deal breaker as such, but where you have companies that don’t have such tax policies in place and where the individuals are currently scoring on the low tax or no tax jurisdiction, I think that’s where the decisions will need to be made.

Very interesting, we thank you for those insights. Shohana Mohan is Head of Individual and Expat Taxes at BDO and this special podcast was brought to you by BDO.