The latest detail from Treasury shows that a mere 113 000 people – 0.2% of the population – pay the maximum marginal tax rate of 45% which kicks in at monthly income of R130,000. These account for 26% of all personal income tax paid in South Africa.

Another telling statistic is that only 12% of South Africans actually pay personal income tax. Two thirds of them pay less than a fifth of the total. Put differently, just over 2m taxpayers – 3,4% of the population – pay 80% of the R530bn a year that Treasury harvests from PAYE and Provisional taxpayers.

At the other end of the scale, there are now 18.2m people who receive social grants, roughly one third of all South Africans. Treasury’s projects report that recipients will grow by around 300 000 people annually, reaching 19.25m by February 2024. 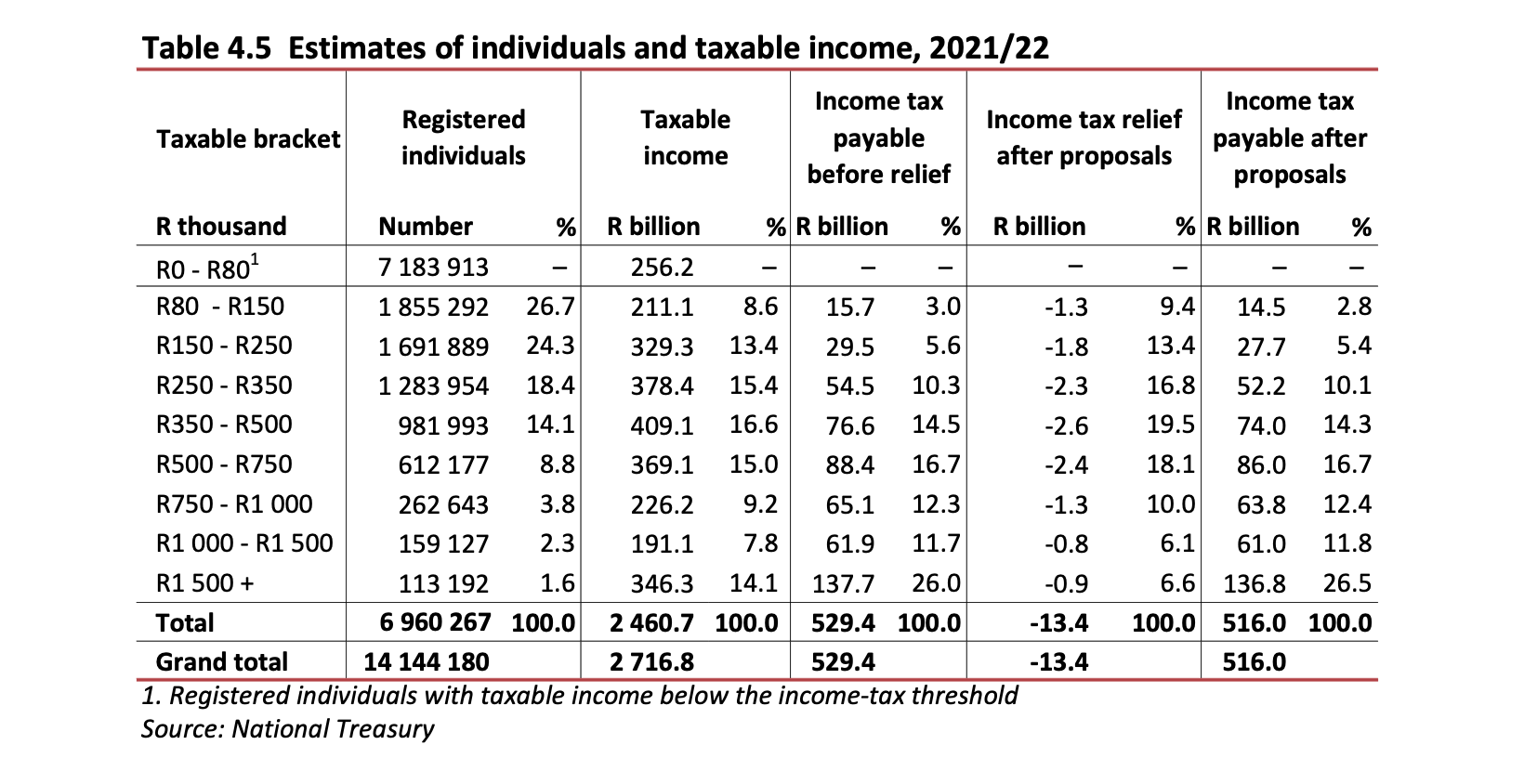