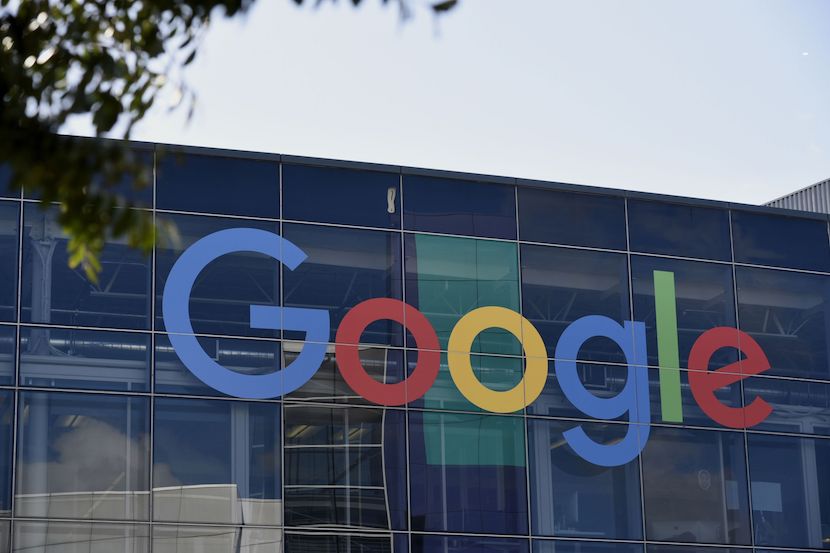 As a tech journalist, I’ve been guilty of calling people out for using the swear-word of all browsers: Internet Explorer. I sat at my office desk, a flat-white drinking Android campaigner and avid eyebrow raiser at anyone who would steer away from the browser of the gods: Google Chrome. I must admit, I had little reason to champion it besides the fact that my life revolved around its artificial intelligence powered virtual assistant, Google Assistant, and the overarching power of Alphabet Inc – which reached $1 trillion in value earlier this year. Not to mention the fact that founders Larry Page and Sergey Brin arguably changed the world. So, with a gut-wrenching gasp, I came across this piece by The Wall Street Journal, demanding I quit the browser of dreams and use Safari (used by 12.64% of South Africans) or even worse, Edge Legacy (used by 1.32%), Internet Explorer’s successor. But after reading it and Joanna Stern’s practical approach, I can’t help but agree. – Nadim Nyker

Quit Chrome. Safari and Edge are just better browsers for you and your computer.

I’d say I’ll remember the good times—your speed, your superb handling of Gmail—but your RAM hoovering, battery draining and privacy disregarding make it easy to not look back.

This is the year, people. It’s the year I challenge you to pack up your bookmarks and wave bye-bye to Google’s browser, and pick one that cares more about performance and personal data.

“Like I need another change in my life right now!” I hear you thinking. Yet I also hear the sound of your laptop’s fan whirring away—not to mention your grumbling when you get up to find your laptop charger because your battery is dead from one too many Chrome tabs.

Fortunately, while Chrome has gobbled up 69% of the desktop-laptop browser market share, according to NetMarketShare, its competitors, all with single-digit percentages, have been laser-focused on kicking Chrome square in the blue dot.

Microsoft’s new Edge browser, rolling out to Windows 10 machines this summer and available now for download on a Mac, is based on Chromium, the same underlying technology as Chrome—yet it uses less of your Windows computer’s RAM and battery. An independent, Mozilla’s Firefox, the Bernie Sanders of browsers, now puts privacy front and center.

Meanwhile, Apple’s built-in Safari browser has the best blend of privacy, performance and battery to offer on Macs, and it’s only getting better this fall with MacOS Big Sur.

So what do I suggest after weeks of testing? Get serious with one of these other options, or—if you have to stick it out—work through your Chrome issues by adjusting some settings. Google promises big performance improvements in a few months.

If you have Windows…

I could write a dissertation on browser testing and all its factors: speed, compatibility, mobile syncing, privacy, blahdy-blah-blah. I placed system performance at the top of my list because of the Chrome frustrations I’ve experienced during the lockdown, when my laptop effectively became my whole office.

On Windows, Microsoft’s Edge is a no-brainer. I don’t like how Microsoft is pushing the browser on its users, but frankly, the company hasn’t had a great browser since, like, 1996.

Across my tests, the new Edge used about 5% less RAM and processing than Chrome and Firefox. It may not sound like much, but on a Dell XPS 13, it resulted in an extra hour of battery life—and I got it in both my actual use and in a YouTube HD-video streaming test.

Now, while the new Edge is better than Chrome, it isn’t as good as its own predecessor when it comes to battery life. Nope, not Internet Explorer; I’m talking about the version of Edge before Microsoft adopted the Chromium web tech. My tests showed that the mandatory upgrade cost about an hour of battery life. Microsoft says that with video-streaming services like Netflix you’d actually get more battery life with the new Edge and the team is working on further optimisations.

But I’ll take that loss, because the new Edge is just better. With Chromium, pages load superfast and you don’t have as many web compatibility issues. Google apps, including Gmail and Docs, worked without a hitch. It also means access to the same extensions as Chrome, those little web apps that live in your browser.

I’m also a big fan of Edge Collections: You can lump together all the links from a particular project. All my links related to this column? In a collection. Links to the sandals I’ve been shopping for? In a collection.

Then, there are the built-in privacy controls. Microsoft provides three levels of protection. The middle “balanced” mode blocks trackers on sites you haven’t visited before and helps minimise ads following you; it is automatically turned on. The “strict” mode blocks the majority of trackers on all sites. Firefox has similar default tracking built in. In Chrome, you need to disable cookie tracking in settings and install a third-party privacy extension for deeper controls. Google is working on some longer-term Chrome privacy plans.

If You Have a Mac…

Unsurprisingly, on Macs, it was also the built-in browser that performed the best. Companies that create the operating systems can do more to optimise for their own browsers. Both Microsoft and Apple said they work a lot on how to minimise processor and memory demands from inactive tabs.

Safari used about 5% to 10% less RAM than Chrome, Firefox and Edge in my tests. Compared with Chrome, Safari kept the 13-inch MacBook Pro running an extra 1 to 2 hours on a charge. Plus, the laptop was a lot cooler and quieter, with the exception of in-browser video calls. (More on that below.)

None of this is new. Safari has long been as gentle as a feather duster on a Mac. The problems have always been with features and compatibility.

While I’d say 98% of the websites I use work fine in Safari, others, like my local Cuban restaurant’s payment system and a podcast-recording web app I’ve used, don’t. Luckily, I could order my cubano and plantains in Edge, even on my Mac. Yes, Microsoft’s browser is great on Apple machines, too. Mind blown. But the podcast web app, like some other sites, just won’t run unless it identifies a Chrome browser.

Then there’s Safari’s lagging extension support. Good news: in the next release of Safari coming this fall in MacOS Big Sur, Apple made it easier for developers to port Chrome extensions over. Plus, the updated browser, which I’ve been testing in beta on a MacBook Pro, is faster—and has those little tab icons, aka favicons, turned on by default.

Like Firefox and Edge, Safari’s also has lots of default privacy features, including tracker blocking. The forthcoming version includes a toolbar that lets you see the blocked trackers on the site you’re visiting, and a new weekly privacy report shows you all blocked trackers—even across your iPhone and iPad.

That cross-gadget support is another big factor in picking a browser these days. If you are all in on Apple devices, Safari should be your pick—with another browser as a backup for web compatibility issues. Microsoft even made Edge for iOS, so if you have a mix of Apple, Android and Windows devices, give it a chance. Firefox is also a good option, especially for the privacy-conscious, but it’s not my top choice because it didn’t fare well enough in my performance and battery-life testing.

If You Stick With Chrome…

Maybe you’re stuck with Chrome, either because of your crucial work web apps, or because you like it and believe the browser (and Google) can improve.

“I view performance on Chrome as a journey not a destination,” said Max Christoff, director of Chrome browser engineering. “This is an ongoing investment in improvements to speed, performance and battery life.” When I shared my test results, he said three big improvements were due in the next few months.

Chrome will soon be updated to limit the power that resource-heavy ads can consume. A new optimisation will allow the most performance-critical parts of the software to run even faster. And, perhaps most significant, Chrome will improve “tab throttling” by better prioritising active tabs and limiting resource drain from tabs in the background. Mr. Christoff said this will have a “dramatic impact on battery and performance.” He says he’s specifically encouraged by early tests on Mac laptops.

Until those fixes arrive, follow these tips to keep Chrome from chomping through so much of your computer’s resources:

Kill the RAM guzzlers. Every open app on your computer runs a number of tasks in your system’s RAM. Every Chrome tab and extension also exists as a separate RAM process—basically a different app—so close unused ones. Chrome lets you see each tab’s resources and close the problematic ones in its Task Manager. (Click the three vertical dots at the right of the Chrome toolbar, then pick More Tools > Task Manager.)

Dump unused extensions. In the Task Manager you can also see which extensions are running all the time and eating up RAM. Disable the extensions you don’t use by going to Settings > Extensions.

Limit browser-based video chats. The tab that will take up the most RAM and processing power? The one handling video calls. No matter which browser or computer I used, Google Meet grabbed half a gigabyte of RAM for just a single caller. Zoom’s dedicated app took just a third of that. During a call with multiple callers, Google Meet used up to 1.5GB and made my MacBook’s fan sound louder than a SpaceX Falcon launch.

Google, Microsoft, Mozilla and Apple are all actively exploring ways to improve performance related to video calling. You know what that means! Another browser breakup could be right around the corner.

For now, though, it’s Safari (with Edge as a backup—and Chrome lingering, in case of a rebound) on my now cooler, quieter and longer-lasting MacBook Pro.

—For more WSJ Technology analysis, reviews, advice and headlines, sign up for our weekly newsletter.