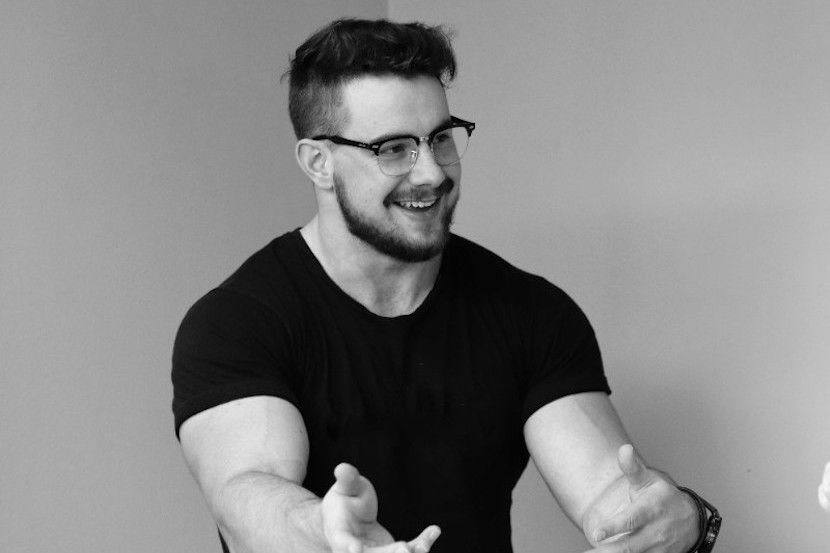 While media headlines focused on the $130,000 an expat based in the UAE paid for the digital version of Nelson Mandela’s arrest warrant, there was a lot more to Momint’s record auction of non-fungible tokens (NFT) over the weekend. The Cape Town-headquartered business’ co-founders include high profile businessman Rob Hersov. It generated R8.1m from the NFTs sold on Saturday, including top price of R4.1m for one of the 10,000 Bored Ape NFTs. In this podcast, Momint CEO Ahren Posthumus explains why he believes the global NFT journey has only just begun and unpacks why some people are investing heavily in the new asset class, the primary utility of which is in the metaverse. – Alec Hogg

Things are exploding right now. The NFT industry as a whole is growing exponentially, and we have been fortunate to be growing, essentially doubling our user base month on month for the last six months. It has been a period of hyper growth and obviously the stress that comes with that, but it is all exciting.

On Saturday, we threw the biggest NFT auction on the continent. We beat our previous record there from last year where we threw one at the Radisson. When we say biggest, we mean in terms of the number of attendees, the size of the event and the value of pieces sold at the event. The reason why it is such an incredible achievement for us as a country is because we auctioned off Nelson Mandela’s original warrant of arrest. It is such a great thing because we are bringing our history and heritage into the metaverse. Equally, we are bringing it to the world stage. We are putting it alongside these Bored Apes – which are controversial in their own right – but what cannot be disputed is the amount of money going towards projects like that. We wanted to make it clear to the world that we are on that stage and, at the very least, these pieces should be held on the same kind of world stage as a Bored Ape.

On Liliesleaf auctioning an NFT of Nelson Mandela’s arrest

We helped Liliesleaf with the assistance of Virtual Nation Builders, which is an incredible organisation looking at bringing heritage assets into the metaverse. One of the things it is doing is assisting Liliesleaf Museum in its revival at a very challenging time. It has had a tough time due to Covid-19 and the lack of travel. It’s difficult for people to get outside and onto a remote location like the farm and have an opportunity to learn about our history and our heritage. This is why it’s so incredible that we can bring it into a virtual space in incredible high definition, where people can learn about these things and have access to our history without that barrier. In fact, the buyer from the UAE is rumoured to be an expat. It’s always good to see some patriotism coming through. It is really cool to give Liliesleaf an opportunity not only to keep jobs – that is something that I don’t want to just breeze over – the proceedings of this event have gone to literally keeping the doors open and retaining people’s jobs at Liliesleaf. Additionally, it is bringing Nelson Mandela’s warrant of arrest or the history of apartheid and the struggle back to the forefront and making sure people have access to learning about our history.

On royalties from NFTs

There is a bit of scepticism as to why someone would buy a digital NFT. One thing I want to assure people about is that there’s a lot more utility to this piece than merely owning a digital token. One of the things we have done – it is very new and I don’t believe it has ever been done before – is give the original buyer 5% royalty in perpetuity for the sale of this document. So, not only have they bought an asset that has incredible historic importance, but it serves as an investment piece because they have the right to the royalties on this piece in perpetuity. One of the greatest things about NFTs is that you can pay royalties into the smart contract, so you don’t have to go to a specific royalty house or company and try to claim your fees. This is written on the blockchain. You don’t have to trust anyone. They are unavoidable. That being said, there are some technical restrictions to it, but those things are the future that NFTs promise. Additionally, the buyer is the only one who gets the alpha file; what is known as the original file. If you look at it on a website or on our application, you’re being served a compressed version. Only the original buyer gets the alpha file, the original scans. They also have the exclusive rights to visit Liliesleaf and inspect the document with a host of other things. The crazy metaverse idea, which isn’t that crazy in fact, is that we can definitely see this piece sitting in a virtual museum one day. People would pay entrance to come to that museum and look at these pieces just like they do with museums today without the geographical barriers. The same way museums have always monetised these historic artefacts, we can do now in a virtual space.