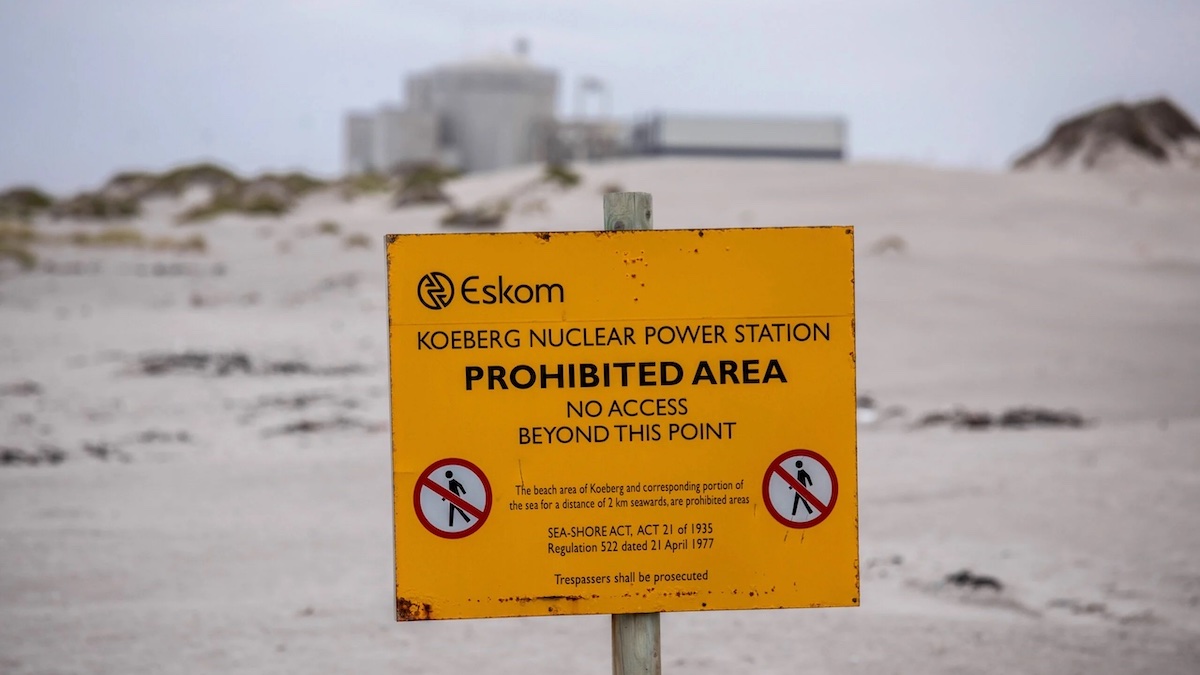 Resignations, dismissals and a delayed application to the nuclear regulator have all contributed to the difficulties being experienced by South Africa’s only nuclear power plant, Koeberg. The mishandling of the Koeberg life extension project raises serious questions about the capacity of South Africa’s nuclear sector – which has advocated the building of a large fleet of new nuclear plants, implying that it could be done without major cost and time overruns. But the much smaller and far more straightforward Koeberg upgrade has not gone well. Physics Professor at the University of Johannesburg, Hartmut Winkler, believes South Africa should drop any ambitions for new nuclear plants. And focus instead on the more modest target of completing the Koeberg upgrade, running the plant for another 20 years and then completing the potentially problematic decommissioning. Article republished courtesy of The Conversation. – Sandra Laurence

South Africa’s only nuclear power plant, Koeberg, has frequently been in the news in 2022, all for the wrong reasons.

Its operating licence expires in 2024, and its continued operation thereafter depends on critical refurbishments and upgrades. Work on these finally began in January this year, but immediately ran into difficulties, forcing significant delays.

Koeberg is supplying only half of its power while work is in progress. This has amplified the crippling power shortages South Africa has been experiencing. This state of affairs, where the country effectively has 3% less generating power available than it would otherwise have, is expected to persist for the bulk of the next two years.

Other potential signs of turbulence linked to Koeberg include:

All of this has led to speculation that the Koeberg life extension exercise is in difficulty. In turn it casts doubt on the capacity of South Africa’s nuclear sector, and is likely to put to bed the highly ambitious proposals still advocated within the sector to build new nuclear plants.

The plant consists of two units of just over 900 megawatts each, and together these contribute roughly 5% of South Africa’s electricity.

Koeberg was built by the French company Framatome between 1978 and 1984. In line with international practice, the plant was granted a 40-year operational licence which will expire in July 2024. Licensing the plant for a further 20 years is possible, as long as it meets specific safety criteria. Typically these involve particular upgrades and the replacement of various components.

So far the plant has operated reasonably safely, with only comparatively minor incidents recorded.

Some civil society groups have called for the closure of Koeberg when its current licence expires in 2024. South Africa’s extreme electricity crisis would make such a closure very difficult to absorb. While the construction of new nuclear plants is prohibitively expensive and very time intensive, extending the life span of an existing plant is in principle achievable in the short term and financially defensible.

The extension of the lifespan of Koeberg was also envisaged in the government endorsed 2019 Integrated Resource Plan for electricity.

Nuclear activities in South Africa are controlled by the National Nuclear Regulator. The regulator is expected to be guided by recommendations drawn up by experts commissioned by the International Atomic Energy Agency who inspected Koeberg in 2019. These recommendations include technical interventions for operating the plant safely for another 20 years. The most significant of these is the replacement of steam generators.

The upgrade is projected to cost R20 billion (US$1.2 billion). Most of this would go towards buying and installing six new steam generators.

The need to replace them was identified over 10 years ago, but protracted litigation over who would do the job held up the project. The operation was eventually scheduled for 2022.

The replacements and upgrades needed to secure a 20 year operating licence extension require each Koeberg unit to be shut down for a projected five months. Unit 2 was therefore switched off on 18 January 2022 and was supposed to reopen in June 2022. Unit 1 was then to go through the same process, starting in October.

Things then went wrong. The critical steam generator replacement was again postponed to 2023. The full reasons have not been officially disclosed. But there has been no denial of reports that the onsite storage facilities for the now radioactively contaminated old steam generators were not ready.

The delay in getting Koeberg Unit 2 up and running on schedule resulted in an additional 900 MW shortfall during South Africa’s most recent midwinter bout of severe power blackouts.

Significance for the nuclear sector

The mishandling of the Koeberg life extension project raises serious questions about the capacity of South Africa’s nuclear sector. This sector has advocated the building of a large fleet of new nuclear plants, implying that it could be done without major cost and time overruns. But the much smaller and far more straightforward Koeberg upgrade has not gone well.

South Africa should drop any ambitions for new nuclear plants. The nuclear sector should instead focus on its more modest target, namely to complete the Koeberg upgrade, run the plant for another 20 years and then complete the potentially problematic decommissioning.