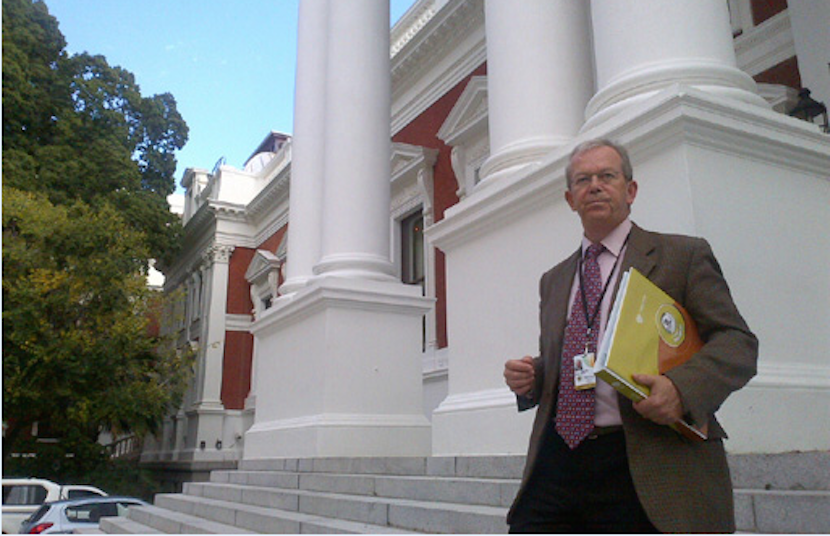 In the latest piece by Toby Chance, he looks at the contribution of both the private equity and venture capital markets. The one sits in the top 5% of countries globally while the other sits in the bottom 5%. And in stark comparison’s Chance shows that in a country like Tunisia there are at least 54 venture capital funds while South Africa has less than 15. Venture Capital provides funds for emerging companies, which has a profound impact on job creation. The problem: “South Africa is behind the curve in creating the economic and regulatory conditions to attract the funding necessary to stimulate both innovation and entrepreneurship.” In response, Chance calls for a national venture capital fund to be formed, and for exchange controls to be lifted. Two measures he feels would go a long way to unblocking South Africa’s ecosystems, leading to stronger growth and more rapid job creation. – Stuart Lowman

South Africa is in the top 5% of countries by value of its private equity market as a proportion of GDP, but in the bottom 5% by the same measure of venture capital.

This was one of the startling facts to emerge at the recent Technological Innovation and Entrepreneurship Round Table in Pretoria organised by the National Advisory Council on Innovation (NACI), an agency of the Department of Science and Technology.

Simply defined, Venture Capital is money provided to seed, early-stage, emerging and emerging growth companies – the companies that create the overwhelming majority of jobs in a developing economy.

The implication of this disparity is that South Africa has a thriving market for private investment in mostly medium to large businesses that generate predictable cash flows and profits, but a weak market for investment – sourced from both the public and private sectors and individuals – in start-up, early-stage and development-stage businesses. The impact this is having on job creation is evident.

When it comes to adopting new technology and innovation, large businesses tend to do so to reduce labour costs, whereas small businesses do so to enable them to grow, thus creating more jobs. This is why in South Africa, with our high unemployment rate, every effort must be made to stimulate innovation by start-ups which have the potential to compete internationally and create jobs.

In her keynote speech at the Innovation Bridge conference in February, Minister of Science and Technology Naledi Pandor said South Africa must bridge the innovation chasm to ensure technological innovation is commercialised. In SA, links between R&D, innovation, entrepreneurs and funders – key actors in our entrepreneurial ecosystem – are missing or very poorly developed.

South Africa is way behind the curve in creating the economic and regulatory conditions to attract the funding necessary to stimulate both innovation and entrepreneurship, said Claire Busetti, who sits on the Council of NACI and chaired the Round Table. Busetti is also on the board of Simodisa Start-up, a lobby group representing high-growth businesses which is trying to get the ear of government to play a more active role in this space.

It believes government has been too pre-occupied with supporting micro and survivalist businesses, which fail to create jobs, at the expense of high-growth potential businesses.

The introduction of the National Gazelles Programme by the Department of Small Business Development partially addresses this issue. But rather than create the conditions for a potentially unlimited supply of high-growth businesses to emerge and succeed, the Department has set an artificial ceiling of 200 businesses to be selected into the programme, of which only 40 will receive “high-care” support.

Such fragmentation and talking across each other is one of the main causes of South Africa’s lamentable performance in this sector.

It is further held back by our very cautious Treasury, whose Section 12 J income tax regulations incentivising the formation of venture capital firms have attracted only a handful of applicants.

The key point is this: Government support for innovation focuses too much on inputs and process than outputs. With the wrong things being measured, incentives are skewed and outcomes are persistently disappointing.

This last one is vital. Getting a return on investment allows us to re-invest in new projects and businesses. To date, the Technology Innovation Agency’s R3 billion expenditure mostly on grants has barely returned a cent. With reinvestment comes growth, and with growth comes job creation.

Technology start-ups have a different set of needs to other start-ups was the message of Ela Romanowska from Wits Enterprise. They require significant capital over sustained periods (patient capital), access to technical support, time for development and proof of concept, and access to markets to test applications.

Yet sadly very few of South Africa’s development finance institutions are geared up to provide this kind of support. The recent PWC survey on high-growth businesses revealed that 81% of respondents did not apply for government funding and 40% were unaware of any government funding available.

What is needed is co-ordination and collaboration between universities and other research institutions where new knowledge is created; business schools, centres of innovation and incubators which nurture entrepreneurial ventures; government funding agencies and private VC funds with an appetite for risk; and a regulatory environment which stimulates innovation and entrepreneurship.

Two of the most urgent needs is the formation of a wholesale venture capital fund of funds which pools government and private sector money and distributes it through specialist private-sector managed retail funds; and reform to exchange control regulations which currently deter international investors who find it hard to repatriate income from investments in SA start-ups.

The DA has called for a national venture capital fund to be formed without delay, as well as the lifting of exchange controls. These two measures would go a long way to unblocking South Africa’s innovation and entrepreneurship ecosystems, leading to stronger growth and more rapid job creation.