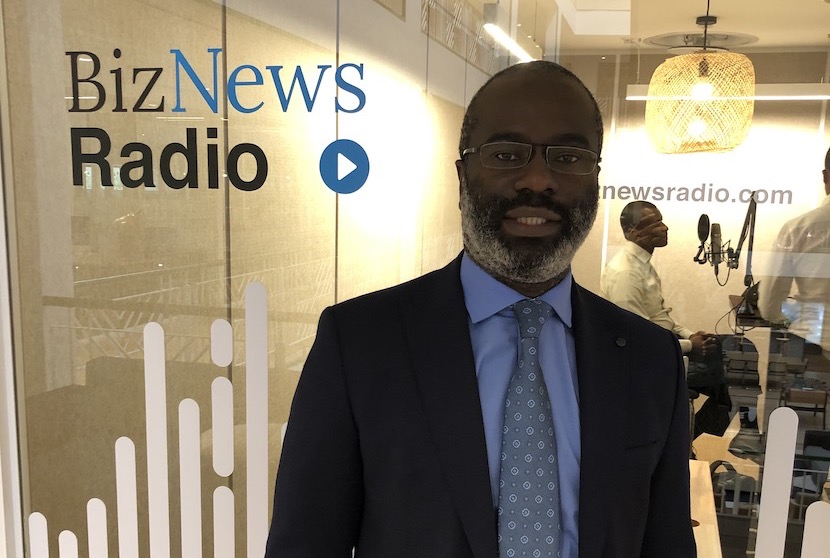 Last year, the Financial Sector Conduct Authority suspended Ecsponent Financial Services for breaches of financial sector laws following complaints about how the company had marketed the preference shares of JSE-listed Ecsponent Limited to potential investors. Independent financial advisor Magnus Heystek, of Brenthurst Wealth Management, was among those who signalled that returns seemed to good to be true. Many pensioners were sucked into the investments, only to find themselves in dire straits when Ecsponent defaulted on payouts to preference shareholders. Ecsponent is still listed on the Johannesburg Stock Exchange, but it has changed its name to Afristrat. Ecsponent or Afristat is part of a global network of companies, including a company called MyBucks. Last week the Bank of Zambia ordered a Zimbabwean entrepreneur George Manyere to exit MyBucks Zambia after violating banking rules. BizNews editor at large Jackie Cameron spoke to Mr Manyere, a key figure in the Ecsponent organisation for his take on what’s going behind-the-scenes – and what this all means for individuals who invested in Ecsponent preference shares. – Jarryd Neves

George Manyere on uncovering problems with the preference shares at Ecsponent:

I think I definitely I did bring it out. That is correct. But I can’t speak for others who probably knew. When I took over the CEO position – when we removed Terence Gregory – that’s when I actually brought this out. The problem was that, because of the intertwined nature between MyBucks and Ecsponent, it also became clearer to me that the founders of Ecsponent with the same people who were the major controlling shareholders of MyBucks.

So there was a very, very interrelated relationship that you could only get into the grips of it – I mean, some of the things we are still learning now, as we unpack what the nature of that relationship was. But the long and short of it was that Ecsponent is a very good business model. It was very strong on liability generation, which was raising funding, but it was very weak on the asset allocation and the investment side.

In the end, there was an over-concentration of investments in the MyBucks group. So the success or failure of  MyBucks would have had a catastrophic bearing on Ecsponent. Of course, I wish I had taken control probably a year or so before. We would have managed to fix the problem much faster.

But I think we still managed to step in before there was much more dire consequences and we are trying to fix the two businesses. There will be a residual value that we will extract and we can move forward. But as we have said to our shareholders, we are pretty much starting from the bottom and we are confident that in the medium to long-term, we will rebuild some value.

On where they are in terms of helping investors – many of whom have lost their life savings:

We’ve gone to the heart of the problem, which was MyBucks. MyBucks had grown rapidly, fuelled obviously by money from Ecsponent, expanded into about 12-13 African countries, plus another two European countries – Spain and Poland – [as well as] Australia. That rapid growth was pretty much done in a manner that exposed significant risk for the investor. So we’ve started by offloading a number of those countries so that we repay the debt. Where we are trying to get to, is to get a residual position of MyBucks, and to say what is it that we’ve salvaged and we can now focus on regrowing.

So to date, we have already sold Australia, Spain, Poland and utilise those proceeds to repay. We had about a $110m of debt at the MyBucks level, which was left hanging. As we speak now, we’ve reduced this to U$25 million, out of the disposals that we have handled since we took control. So we are confident that even if we’re going to shrink the group to a small level, it will give us a chance to start again.

Starting again with the right team that we’ve built and the people in the new ethos, we should be able to rebuild in the medium to long-term. Unfortunately, our investors in Ecsponent, what was meant to be a three to five-year investment, is most likely going to be a six to 10-year investment in order for us to salvage some value. So it will become a much more medium to long-term investment process, which is unfortunate. But right now we’re trying our best to make sure that we recover some value and we rebuild from that.

On the investigations by various regulating authorities:

What we have publicly announced, [is that] there was a review by the FSCA in South Africa on Ecsponent financial services – which was the financial services advisor placing the preference shares. That exercise, actually had started way before I even came into Ecsponent. Those are some of the things I’ve indicated that we’ve been learning along the way. Apparently, I think it started probably sometime early in 2012-2013 thereabout.

It took, pretty much, a couple of years to finish. But after we took control, we were committed to working with the FSCA to bring closure to that whole process. That was completed last year.  We did agree that in terms of our model going forward, we were not going to use that license and we handed back that license to the FSCA.

I think in their review, they obviously censured two of the past executives in that business, on a two-year suspension. There was also a fine of R3 million which was levied on the company. That process is finished. But that was pretty much at the Ecsponent financial services South Africa level.

On investigations in other areas:

I think in the other areas, which we’ve announced at Ecsponent level, is obviously in Botswana. There are some other non-South African investors who Ecsponent had raised funding from. Some of it came from the US as well as the UK. Those funds were effectively invested into MyBucks in a manner that they are not recoverable. That process is now also with our lawyers, for next steps both in Botswana as well as supported by lawyers in the US.

Based on their recommendations and the processes that will be going forward. That process involves about U$10 million, which is under investigation. that one is already moving and that was an outcome of a forensic investigation that was done, and we released it to the market.

On how much money was involved overall:

In terms of money that was invested in Ecsponent specifically, what was invested was close to R2,6 billion – of which about R2 billion was downstreamed into MyBucks, direct and indirect. Money outside of that would be maybe an additional €50 million. You are looking at probably, in my view, somewhere close to R3 billion that was lost within the Ecsponent/MyBucks platform.

Like I said, part of this was largely or was partly to do with just bad business decisions, a bad business model. Really trying to replicate what is happening in Silicon Valley in Africa and India – burning people’s money. I mean, you’re not raising money from billionaires who will not care if they lose a little bit of their money. But you are raising hard-earned money from pensioners. So there was a misalignment of that reality.