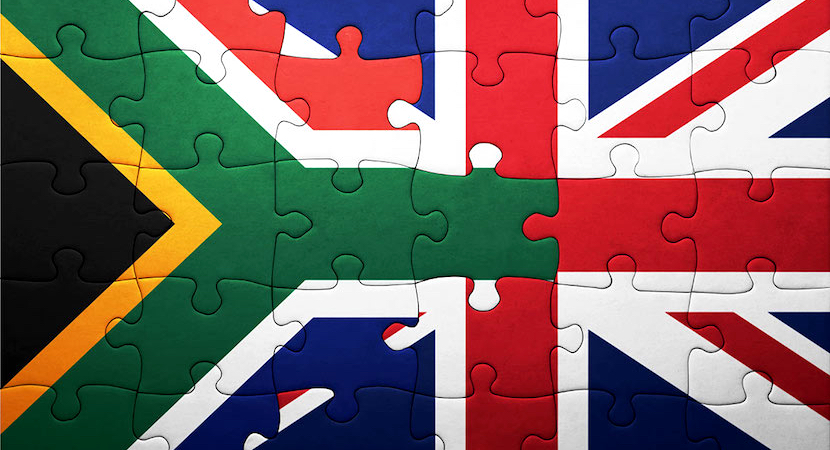 Dave King is a Scotland-born South African entrepreneur who has made big fortunes playing fast and loose, and minimised his tax liabilities. In the 2000s, Dave King was a darling to many in the investment community, with his JSE creations Specialised Outsourcing and MICROMega creating much excitement on the JSE. But, for many, Dave King is also crooked. He has amassed assets, ensuring his status among the country’s richest, and stashed them offshore at the expense of South African taxpayers. King attempted to reinvent himself after being convicted for income tax contraventions and a settlement, initially of R700m, to the South African Revenue Service in 2013. In recent years, Dave King has focused on Rangers football club in Scotland, where he has proved as controversial. He has now been effectively banned from doing business after the Financial Conduct Authority (FCA) found that he had acted in concert with others to gather a level of shareholding which should have required him, as the Scottish Herald notes, to launch a full bid for the club. Dave King, meanwhile, blames South African exchange control regulations for his woes. – Jackie Cameron

BREAKING: Dave King, chairman of Rangers, has been given the most severe sanction available to the Takeover Panel: cold shouldering for 4 yrs – means UK financial firms are barred from acting for him in any other company takeovers.
In 50 years, this has happened in only 4 cases.

On 11 October 2019, The Panel on Takeovers and Mergers published a statement on their website (link is external) on the ‘cold-shouldering’ of Mr David Cunningham King, the Chairman of Rangers International Football Club PLC.

‘Cold-shouldering’ effectively means that no FCA-regulated entity can act for this individual on any transaction subject to The City Code on Takeovers and Mergers (the Code).

The Committee declared, in accordance with section 11(b)(v) of the Introduction to the Takeover Code, that Mr King is a person who in its opinion is not likely to comply with the Code and should be cold-shouldered. This sanction and subsequent ‘cold-shouldering’ will apply for 4 years from the date of the ruling (2 October 2019).

Following this ruling, we draw your attention to the provisions of MAR 4.3 (Support of the Takeover Panel’s functions), which relate to ‘cold–shouldering’. In particular, MAR 4.3.1R states that a firm must not act, or continue to act, for any person in connection with a transaction to which the Code applies if the firm has reasonable grounds for believing that the person in question, or his principal, is not complying or is not likely to comply with the Code. Under MAR4.3.2G, if a person is named in a ruling of the Committee, we expect a firm to comply with MAR4.3.1R by not acting or continuing to act for that person. See MAR 4.3 for further information.

Regulated firms need to be aware that we take all regulatory breaches very seriously and a breach of MAR 4.3 may leave a firm and any individuals involved open to enforcement action.

I refer to the ruling that has been released by The Takeover Panel Hearings Committee in respect of the request by the Executive of the Takeover Panel to have me sanctioned for the delay in making a Rule 9 Offer to shareholders of RIFC.

The Takeover Panel’s Hearings Committee Ruling reflects my admitted breach of the strict terms of its City Code on Takeovers and Mergers (the Code.) The terms of the Code did not allow the Hearings Committee to properly consider the impact of the legal restrictions placed on me by my need to comply with the exchange control regulations of South Africa. This need arose following the Takeover Panel’s decision to require me to make an offer in my personal capacity even though I do not own shares in Rangers International Football Club (RIFC) in that personal capacity. This meant that because of the requirements on me as a South African citizen I was faced with a choice of non-compliance with the Code or non-compliance with the laws of the country that I live in.

In terms of its practical impact, the ruling of the Hearings Committee does not impact upon my personal or business activities – including RIFC. It applies solely to dealings in companies that are or are to be listed on the UK exchanges. For that reason alone I decided – even though I consider I have strong grounds for appeal – not to appeal this ruling. This now allows myself, RIFC and its shareholders to draw a line under this long and much protracted saga.

Rangers supporters already know that my problems with the Takeover Panel arose directly as a result of the steps I took to protect and safeguard Rangers Football Club from the forces that were bent on destroying it at that time. Indeed, the complaint against me was initiated by the RIFC Board at that time (chaired by David Somers) in an attempt to prevent my efforts – along with other notables – to bring about regime change. Despite this latest sanction (and having to spend more than 1 million in litigation costs) I have no regrets whatsoever that I chose to follow this path. The present resurgent state of Rangers is sufficient reward for me.

It is important to note that in its findings the Hearings Committee found no evidence of detriment to RIFC’s shareholders and further noted that any non-compliance by me with the rules of the Takeover Panel was not motivated by financial gain or commercial advantage. Quite the opposite. My investment was motivated – to quote the Hearings Committee – “solely for the love of the club.”

RIFC and Rangers Football Club are not affected by the Hearings Committee’s ruling and the ruling does not impact upon my position as Chairman and a director of RIFC. I have ensured that RIFC has complied with the requirements of the Code throughout the period of my Chairmanship, notwithstanding that the Company is no longer listed. RIFC will continue to comply with the Code. The Takeover Panel has raised no concerns about RIFC’s compliance with the Code in the more than four and a half years since regime change.

Those of us who revile crooked Mr King can’t help laughing at the way he reacted to the tar and feathering handed out by the Takeover Panel. His own statement claimed his actions were the most heroic in the history of UK business and the cold shouldering is of little consequence. Mr King’s contempt for institutions, whether in SA or the UK, suggests a troubling, psychotic personality.
It’s a tragedy that the myopic Rangers fans who have shelled out vast amounts of money to help keep the club afloat, cannot see this or, don’t want to see it.
It will be interesting to see if the club’s lender, Close Brothers, and the only bank that would grant a facility, Metro, are willing to continue their relationship with Rangers as long as King is chairman.  With Metro already under regulatory scrutiny, continuity of service is a dangerous course of action for them.

He made The Rangers what we are now:
A team leading the championship race and rid of the baggage of charlatans who milked the club dry.
Scotland should be rejoicing that its Top Club is back on the rails and is ready for business.
Well done to Dave King, saviour of The Rangers.

In laymans terms, no effect on club or King’s business interest which are in South Africa. He has played the long game and got the outcome he desired, by any means necessary. And as the takeover panel admit “all for the love of the club”

The only thing Dave King has done wrong is buy a company alongside some others he knows who had the same aims. Far from the crime of the century and has zero long term impact on anything. Bar a twitter storm today.

This week Rangers chief executive Craig Mather was wooing Dave King down in South Africa in the hope that the South African-based businessman would not only join the board, but also invest some of his fortune into the financially beleaguered Ibrox side.

As we mentioned in a previous article, Rangers are in need of fresh investment if they are to survive the next two years, and it seems that they have earmarked former Rangers director Dave King as the man to help them out.

But there is one major problem with the latest so-called saviour of Rangers Football Club, King was found guilty of 41 counts of contravening section 75 of the Income Tax Act 58 of 1962, in South Africa. In fact he pled guilty to the charges and in return was given the choice of paying a fine of around £200,000 or spend two years in jail. As part of the settlement he has to pay around £45 million in tax, and file all missing tax returns – which Dave King has admitted in an interview with a South African broadcaster – stretches all the way back to 2002.

There are no bones about it Dave King is a criminal, the South African High Court convicted him of his crimes and sentenced the accused in ‘accordance with the sentence agreement