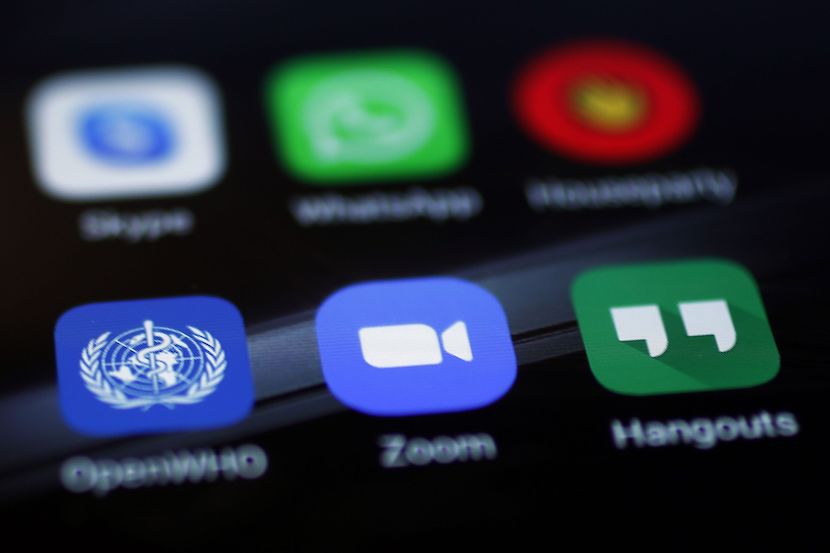 As Covid-19 gets us into the groove of virtual meetings, it’s been fun and interesting to see what other people’s homes look like behind them. My husband, a recent entrant to the world of Teams, had his first lockdown staff get-together without noticing that his position at one end of the dining room table afforded impressive views of a nest of erotic and playful Sara J etchings, acquired at Cape Town’s Green Market Square when the artist was at a particularly productive, and self-explorative, stage in her career. Fortunately my husband works with gender specialists, including one who has a large work called Vagina as part of her bookshelf backdrop, so there was some appreciation for Sara J’s deeper messaging. Simon Lincoln Reader has been paying close attention to virtual surroundings and in particular what our book collections say about us. He lets us in on a few selections of his own. – Jackie Cameron

It is a feature that has not gone unnoticed in this odd new world, this appearance of bookshelves in the background of the virtual discussions or interviews to which we have become so accustomed, either choreographed as an expression of power or an unwitting exhibition of the tools of a man’s life.

I particularly like the writer Douglas Murray’s bookshelves, seen in the background of most of his interviews. He has positioned the covers of some of his own masterpieces over the spines of others. As if he needed to sell anymore.

It could not be helped that we would also take some of our more grasping habits into this world, including the enthusiasm to sniff out offence. Over the weekend a writer I know, married to a cabinet minister, posted some photos of her family’s own bookshelves on social media.

Exceptions were immediately taken to the presence of two books. The Bell Curve, written by Richard Herrnstein and Charles Murray, in which it is argued that some ethnic groups stand less of a chance of success due to (alleged) sub-standard levels of intelligence, and The War Path, written by David Irving, who was imprisoned for Holocaust denial.

Leading the outrage were members of the emerging, hard, intolerant left. One of these, Owen Jones, has been unflatteringly nicknamed Squealer after the noisy pig in George Orwell’s Animal Farm. But he was not alone. Oblivious to mood as always, members of the Liberal Democrats, the media and legal elites soon joined in – all of them forgetting that there was once a time in Germany when a certain group of people burned the books they disagreed with.

The flattening of the mind, the censorious campaign predating Covid-19 wherein people like Jones and the surplus-to-requirements Eusebius McKaizer have enlisted as neurotic little helpers, seeks to replace imagination with platitudes and critical analysis with consensus. Now we see the extent of this project in defenders of the recently disgraced Professor Neil Ferguson, in the screeching Facebook supporters of the South African government’s extreme and destructive response to the pandemic, in the Chinese Communist Party’s attack dogs positioned across the world from Canada to Australia and in the dogged, at times embarrassing conviction that the state knows best.

Were my own subjected to the same level of inspection, I should expect immediate incarceration. For not only do I also have a copy of the Bell Curve, but Mein Kampf too. On the same shelf I have Deborah Lipstadt’s remarkable and deeply moving account of her trial involving David Irving, and a translation of the Quran, for which I will probably be accused of taqikka – but that might confuse the brownshirts who will note that Michel Houellebecq’s Submission is there too.

I wouldn’t just be an Islamophobe and an anti-Semite. I own all of James Delingpole’s books (which would make me a climate denier), and Toby Young’s (a misogynist). But not far from James and Toby sits Rachel Carson’s Silent Spring, the book that spawned the green movement, and a collection of essays by Susan Sontag, who was one of the first proponents of this increasingly popular campus idea that the world must rid itself of its whites. If members of this Antifa squad possess brains the size and function of Ace Magashule’s, then the poor things would be bubbling at their edges.

Notwithstanding additional charges of hate speech (Andrew Breitbart’s Righteous Indignation) and witchcraft (various histories of Polynesian tribes), it would be at the discovery of my South African and Afrikaans collection that I imagine those tasked with my cancellation would just fag the whole jail thing and haul me off to shallow grave behind the apple shed. Here stands Bartho Smit, Breyten Breytenbach, Hermann Giliomee, Dalene Matthee, Dan Roodt and Eben Verster amongst others, located in and around the lives of Boer generals and the careers of Afrikaans businessmen. All the Fanon and Biko in the world, or the row below, wouldn’t be enough to escape charges of white supremacy.

(I confess to owning two books by Adriaan Basson – published obviously before he became such a whinger.)

Bookshelves are the things upon which much of our lives are built. They capture freedom and memory, the monuments to ourselves as Notre Dame was to God. For some they are what replaces the photographs of children that were never had or lost; for others, a way to insulate past tragedy and store secrets.

For my own part, they are keepers of the links to past and the future. Recently, in Stephen Levy’s Facebook: The Inside Story, I happened across evidence of Russian interference in the lead up to the US election of 2016 absent from other books written exclusively about the Special Counsel investigation. I would, however, argue that the interference was not enough to swing the entire election – a conclusion influenced by J.D Vance’s Hillbilly Elegy.

Even more recently, in Clive Hamilton’s Silent Invasion, I saw the unfolding times of this odd new world in one country – the level of influence that China yields over Australia. Now, more than ever, we need to defend our freedom of curiosity: if Russia hacked the US election of 2016, then we must also examine the possibility that the Chinese Communist Party has hacked the world.