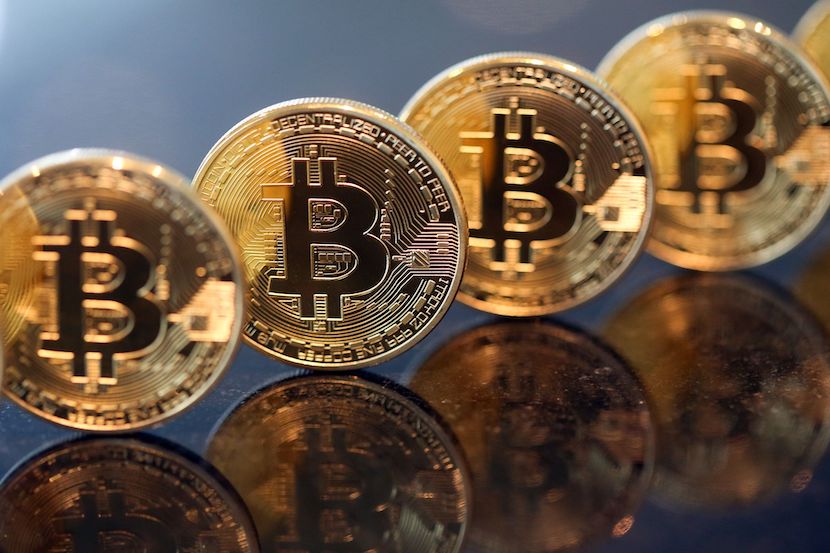 The world’s most favoured cryptocurrency, bitcoin, has fallen sharply, following a warning from Chinese banking regulators to not conduct business related to virtual currency. The popular digital currency fell below $40,000 – down nearly 40% from the record it set in April of nearly $65,000. This is according to Bloomberg, who notes that aside from the warning issued by Chinese regulators, Tesla CEO Elon Musk is also fuelling the volatility of the cryptocurrency. While this is certainly a significant plunge in value for bitcoin, interestingly, the digital currency is still up by more than 300% when compared to last May. Speaking to Bloomberg, strategist David Grider remarked “We don’t know the future, but we think odds are we’re close to the bottom and don’t want investors to ‘panic sell’ here.” – Jarryd Neves

Evercore ISI’s Rich Ross reckons prices are destined to fall back to the 200-day moving average, following a path of other speculative assets, which would put Bitcoin back at $40,000, compared with around $42,600 in early Asian trading Wednesday.

Others are watching for a pattern of “lower highs and lower lows” and say Elon Musk’s unpredictable tweets will keep traditional investors on the sidelines. There’s also speculation that gold is starting to draw money away from crypto. 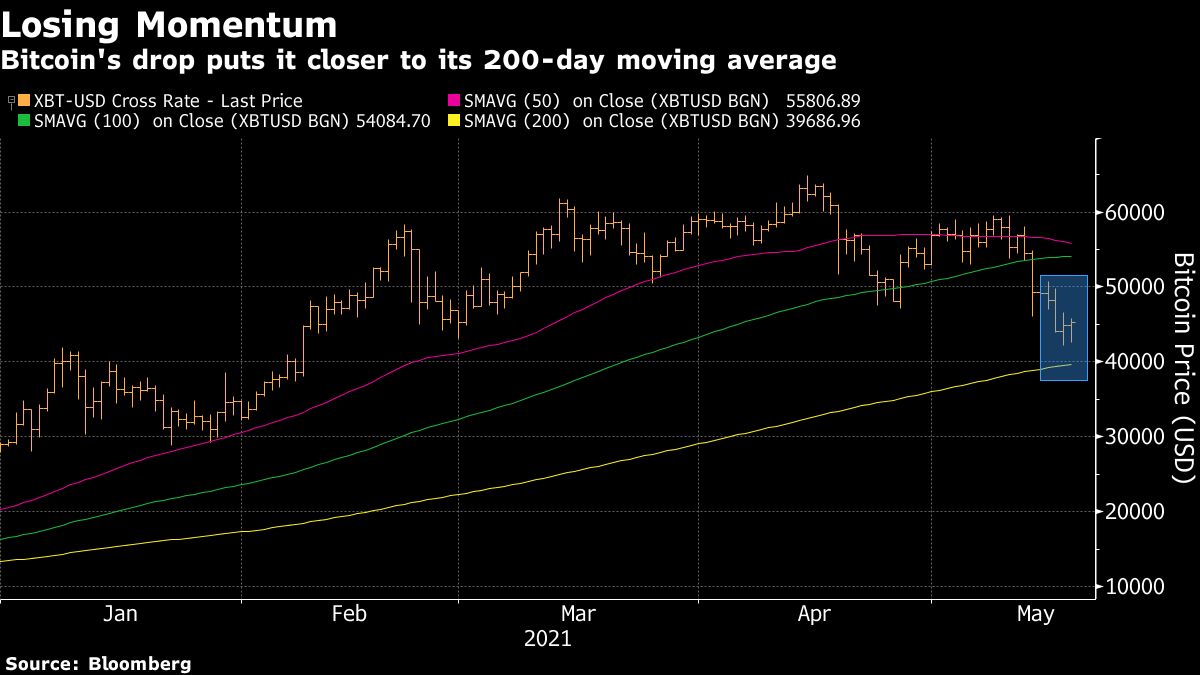 Bitcoin is still up more than 300% since last May, but the speed of the recent rout has shaken crypto’s new believers and cast doubt on the idea that it’s maturing into a more stable asset class. Prices have fallen about 30% from intraday highs in April, when they topped $64,000.

Purves says the next important level for Bitcoin is $42,000 because it roughly equates to where the rally topped out in January and a 50% retracement from December 2020 levels. If Bitcoin breaks through that level, more losses are ahead, but if prices can hold above the support, then it might be the beginning of a new rally, Purves predicted.

“A pullback was bound to happen,” said Justin Chuh, a senior trader at Wave Financial, which invests in crypto assets. “This is healthy, but I think we all wish this didn’t happen.”

The counterpoint comes from Fundstrat Global Advisors. In a note on Monday, strategist David Grider laid out nine reasons explaining why he thinks prices are primed to bounce, including high levels of short interest and the fact that corrections like this tend to be normal in a crypto bull market.

“We don’t know the future, but we think odds are we’re close to the bottom and don’t want investors to ‘panic sell’ here,” Grider wrote.

Other chart watchers are turning to ETFs as a proxy for where the crypto market is headed. SentimenTrader’s Dean Christians is monitoring a blockchain-focused fund called Amplify Transformational Data Sharing ETF.

“I would watch the breakdown pivot point at $48.75,” he wrote in a note Monday. “If it fails to recover above that level, take note.”