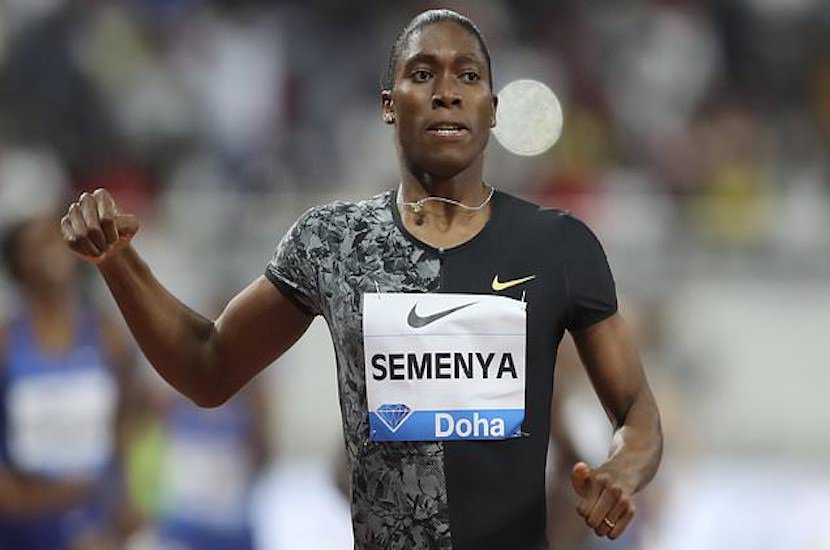 A World Athletics study that barred Caster Semenya from defending her 800m crown at the Tokyo Olympics has been revoked. It’s a bittersweet moment for Semenya, as it comes too late for the 2016 gold medalist. Semenya’s testosterone levels have been at the forefront of debate amongst the athletics community for many years, leading to forced periods of time on the side lines – which Semenya has challenged legally. Many professionals have questioned World Athletics protocols when it comes to these kind of rulings; the association seems rigid it its ways. As outlined in the article below from our partners at The Wall Street Journal, many are unhappy. “The journals said the data only proved an association, not a causality, between high testosterone levels in female athletes and high performance.” – Justin Rowe-Roberts

A study that was the basis for testosterone regulation in women’s track events—and which prevented South African two-time gold medalist Caster Semenya from competing in the Tokyo Olympics—has been corrected by its publishers.

Among them is Semenya, the South African 800-meter specialist who was unable to compete in Tokyo as a direct result of the study. Semenya has mounted a years-long legal challenge against the testosterone rules that is currently before the European Court of Human Rights.

The British Journal of Sports Medicine in 2017 published the study, which was sponsored by World Athletics, the global governing body for track and field, and conducted by Stephane Bermon and Pierre-Yves Garnier, the current and former directors of World Athletics’ Health and Sciences department.

Garnier, who now works for the organisation’s athletics integrity unit, was not made available for comment and an attempt to reach him was redirected to a spokesperson for World Athletics. Bermon did not respond to a request for comment.

Their study analysed more than 2 000 hormone samples from women who competed at the World Championships in 2011 and 2013 and found that runners with higher testosterone levels experienced a performance boost of 2.7% in the 400-meters and 1.8% in the 800-meters.

As a direct result of the study, the International Association of Athletics Federations implemented a rule in 2018 mandating that competitors in races between 400 meters and 1 500 meters must have testosterone levels below a certain threshold for at least six months prior to competing. This meant that athletes with naturally high testosterone faced a choice: take medication to keep racing the middle distances or pivot to the sprints or longer races, such as the 5 000 meters.

World Athletics said in a statement Wednesday that the correction issued this week “has no bearing on the decade of research undertaken by World Athletics that informed its Eligibility Regulations for the Female Classification.”

It’s a bittersweet development for Semenya, who has been unable to compete in her signature event and was unable to defend her title in Tokyo.

In 2019, when she first challenged the IAAF rule in the Court of Arbitration of Sport, a three-judge panel cited the study from Bermon and Garnier in its 2-1 decision against Semenya. Specifically, the panel found that the 2017 study provided “empirical data” that “the physiological effects of increased testosterone levels translates, in a real world competitive context, to a significant and often determinative performance advantage.”

After another unsuccessful appeal to the Swiss Federation Tribunal, which oversees CAS, Semenya brought her case to the European Court, which agreed to hear her case on a priority basis in May. A ruling is not expected for several more months and it’s unclear how Tuesday’s correction will affect her case or her ability to compete.

Greg Nott, her lawyer from international firm Norton Rose Fulbright, called the correction “very significant” and said Semenya’s legal team would try to introduce it into the European Court proceedings.

The British journal’s correction also calls for an independent review of the 2017 study. It’s something critics of the study have requested for years, likening World Athletics’ research process to a cigarette company conducting an investigation into the health effects of smoking.

Among the critics is Roger Pielke Jr., a professor at the University of Colorado who co-authored a 2019 paper published in the International Sports Law Journal that discredited much of the data used in the 2017 World Athletics study.

“World Athletics has a duty of care and responsibility to its athletes. It’s important that whatever their regulations are, whether they’re of shoes or prostheses or female eligibility, that they are grounded in robust, verifiable data and evidence,” said Pielke. “This study has no place being cited in the regulations.”

For the athletes affected by the rule, it’s unclear what the correction means for their competitive futures. Semenya has not raced the 800 since June 2019, while the other women who medaled in the event in Rio—Burundi’s Francine Niyonsaba and Kenya’s Margaret Nyairera Wambui—have transitioned to longer distances or retired, as they also have DSDs.

The IAAF’s testosterone rule also kept a pair of Namibian teenagers, Christine Mboma and Beatrice Masilingi, out of the 400 meters in Tokyo despite posting some of the fastest times in the world in 2021. Both raced the 200 meters instead, with Mboma motoring through the final straightaway to take silver in an under-20 world record time.

Following the result, IAAF president Sebastian Coe questioned whether Mboma’s elevated testosterone played a role in her podium finish in the 200.

“It was pretty observable that her last 30 or 40 meters were impactful,” he told reporters in Tokyo earlier in August. “But, actually, I think that vindicated the decision about the 400. If you are finishing a 200 like that, it supports the judgment that was made.”

World Athletics said that it does not have immediate plans to apply its testosterone regulations to the 200 meters, but noted that the rule “may be amended” to “take account of any new evidence and/or relevant scientific or medical developments.”