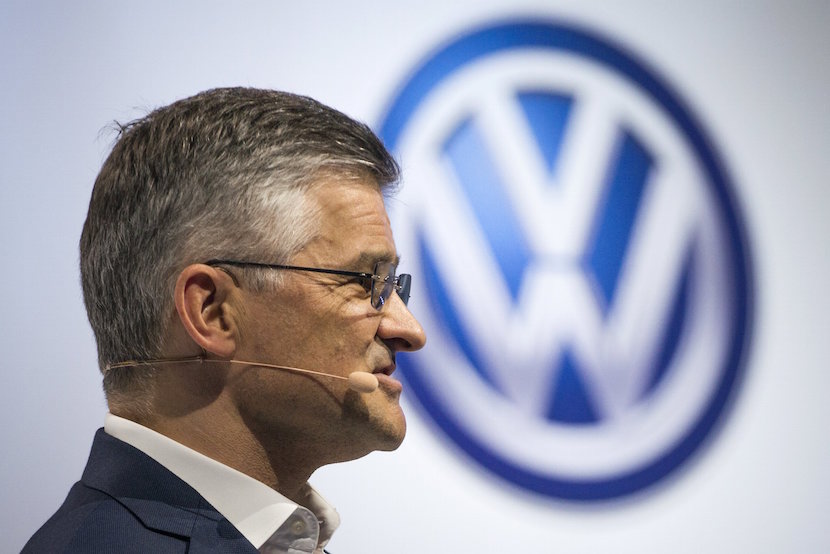 For six years Volkswagen deliberately defrauded the US environmental authorities, knowingly selling cars that did not meet emission standards and using sophisticated technology to cheat on the test results. Pursuit of profit at any cost doesn’t get more blatant than that. The company’s American CEO admits “we screwed up.” That’s like a racehorse trainer using previously undetectable drugs to win six successive Epsom Derbys. And after he finally gets caught admitting he’s sorry. Whether executives like Michael Horn appreciates it or not, VW faces a fight for its very survival. Many buy cars on the basis of their emissions, liking to believe they are doing less pollution damage than the next person. However irrational it may appear to number crunchers, VW drivers will interpret the company’s fraud as duping them into becoming active contributors to global warming. Communications experts tell us reputation takes a lifetime to build but can be lost overnight. That theory is about to be well and truly tested by the German carmaker that already carries the albatross of having been created by globally reviled warmonger Adolf Hitler. – Alec Hogg

(Bloomberg) — Volkswagen’s top U.S. executive was profusely apologetic for the diesel-emissions cheating scandal that emerged on Friday and vowed to win back the trust of the U.S. consumer.

“Our company was dishonest with the EPA, and the California Air Resources Board and with all of you,” Michael Horn, the head of the brand in the U.S., said Monday night in Brooklyn, New York, where he was revealing a redesigned version of the slow-selling Passat sedan at an event featuring rock star Lenny Kravitz. “And in my German words: We have totally screwed up. We must fix the cars to prevent this from ever happening again and we have to make this right. This kind of behavior is totally inconsistent with our qualities.”

It’s a disgrace that @VW has rigged emissions in their vehicles. They should compensate every customer. Apology not enough.

Horn, and global VW brand chief Herbert Diess, canceled an interview with reporters and Horn left without taking questions at the first public appearance of a top Volkswagen AG executive since the U.S. Environmental Protection Agency and the CARB said on Friday that the automaker admitted it had installed a “defeat device” to cheat emissions tests in a half-million of its diesel cars from 2009 to 2015.

“We are committed to do what must be done and to begin to restore your trust,” Horn said. “We will pay what we have to pay.”

Europe’s biggest carmaker faces billions in potential fines, possible jail time for its executives and the undoing of its plans to revive sales in the U.S. The U.S. Justice Department is conducting a criminal investigation, said officials familiar with the inquiry.

The company sold diesel versions of Volkswagen and Audi cars with software that turns on full pollution controls only when the car is undergoing official emissions testing. During normal driving, the cars pollute 10 times to 40 times the legal limits, the EPA said.

The affected models include diesel-powered versions of the Passat, as well as the VW Beetle, Jetta and Golf. The Audi A3 is also part of the investigation. Last month, diesel models accounted for 23 percent of VW brand sales in the U.S., according to a company news release.

Volkswagen’s stock price plunged as much as 23 percent to 125.40 euros in Frankfurt on Monday, wiping out about 15.6 billion euros ($17.6 billion) in market value. The stock closed at 132.2 euros, its lowest in more than three years.

VW’s American sales have dropped for two straight years, even with industrywide growth now in its sixth year. In recent months, leases accounted for as many as 45 percent of the company’s deliveries — more than Porsche and about double the rate of most mainstream brands. Some offered monthly payments of less than $100.

VW opened an assembly plant in Chattanooga, Tennessee, in 2011 to build the Passat, which was intended to appeal to U.S. customers. The sedan’s lackluster sales have been a proxy for the brand’s failure to crack the U.S. market. This year, Passat sales have dropped 16 percent to 56,508 though August in a down market for sedans. That’s a sliver of how the most popular cars in the segment are performing: Toyota Motor Corp. sold 291,843 Camry cars and Honda Motor Co. delivered 231,173 Accords, according to Autodata Corp. Meanwhile the entire VW brand sold 238,074 vehicles in the U.S., Autodata said.

Passat has fallen victim to increased competition, including faster model-revamp times, and the popularity of the small SUV, which has hurt car sales, Matt DeLorenzo, managing editor of KBB.com, said in an interview.

“They’re in a market that they weren’t prepared to compete in,” he said.

The Wolfsburg, Germany-based company needs to get the U.S. market right to reach its goal of overtaking Toyota as the world’s biggest automaker by 2018. U.S. deliveries of its namesake brand fell 10 percent to 366,970 vehicles last year and were down 2.8 percent through August.

VW’s vehicles get dinged by reviewers for stodgy styling and being a step behind on safety and infotainment technology. While there is a market for conservatively designed vehicles, it’s already cornered by the Camry and Accord, which are both known for their reliability.

The new Passat, starting at $24,440, is improved inside and out, VW said in a statement. Its improved center stack is designed to provide a “more premium feel” and the car can connect to a smartphone using Apple CarPlay or Android Auto, according to the statement.

VW is counting on refreshes like the 2016 Passat until it can start reaping the benefits of a planned $7 billion investment in North America. To be more nimble, it plans to introduce new products every five years and start refreshing models after three years, like Toyota and Honda typically do. The fruits of that program won’t start to reach dealer lots until at least 2017.