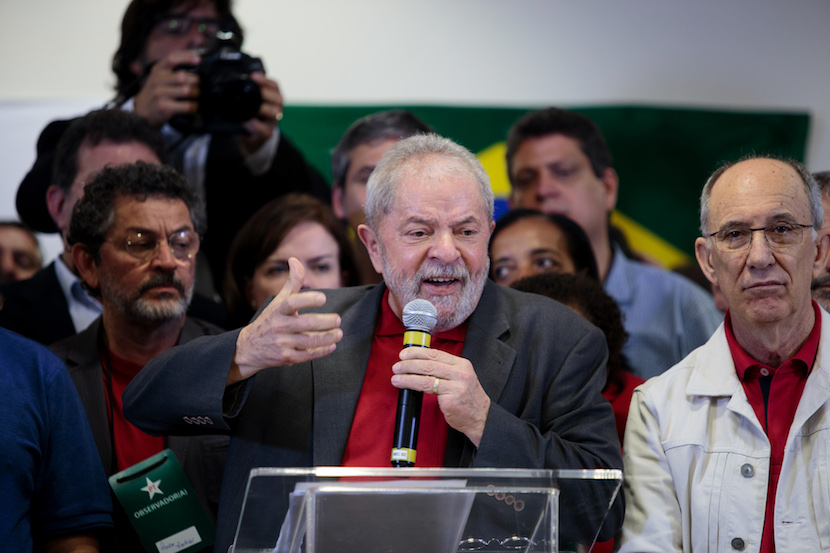 It’s now unravelling fast for South America’s once iconic socialist heroes, those clay-footed looters idolised by so many African leaders. With the Chavez/Maduro-instilled Venezuelan disaster worsening by the day, the world is now witnessing an equally significant setback for the political left in Brazil. Socialist icon Lula da Silva, who ruled Brazil for eight years, will be criminally charged for corruption after a judge yesterday agreed prosecutors had provided sufficient evidence for the former President to stand trial. Lula’s latest setback comes hard on the heels of the formal impeachment (by a 61-20 vote) of his protege and successor President Dilma Rousseff, for “breaking budgetary laws”. Lula and Rousseff tried everything possible to resist what is now happening. But Brazil’s judicial process continued grinding away their fallacious arguments. Power corrupts. Absolute power corrupts absolutely. Not just in South America. This helps explain why South Africa’s Zuma v Gordhan battle is so fierce. As Lula and Rousseff well know, once you lose control over the levers of power, for the corrupted, the stakes stretch far beyond filthy lucre.  – Alec Hogg

Judge Sergio Moro wrote in a statement Tuesday afternoon that prosecutors had provided enough proof to try Lula over allegations that he participated in a scheme of kickbacks. The former president has repeatedly denied any wrongdoing.

Speaking at a small reception in his honor later on Tuesday, Lula said there’s no evidence against him, as the term StandWithLula started trending on social media.

“I’m a man with a clear conscience,” he said via satellite at the New York reception sponsored by labor unions. “If anyone offers proof against me — any proof at all — I want to be judged just like any other Brazilian citizen.”

Moro wrote that there is “just cause” to accept the charges against Lula, adding that doubts remain about the scale of the former president’s involvement. The judge also accepted charges against Lula’s wife, Marisa Leticia, and six others, giving them 10 days to present a preliminary defense. In July, Lula was indicted in a separate case on charges of attempting to obstruct justice.

Tuesday’s decision marks the most serious development so far in the former president’s legal woes, and could stop him from running for election in 2018. Once the most popular leader in Brazil’s history, Lula remains the Workers’ Party’s preferred candidate for the presidency. But under Brazil’s so-called clean slate law, any politician convicted of a criminal offense is barred from running for office for eight years.

As the lead judge in the Carwash investigation, Moro has handed down hefty jail sentences to dozens of Brazil’s top business executives. As yet no serving politician has been imprisoned over the graft scheme that prosecutors say cost state-owned oil company Petrobras around 42 billion reais ($13 billion).

In a news conference last week, prosecutors accused the former trade unionist of acting as “commander-in-chief” of the corruption scheme uncovered at Petrobras. The actual criminal charges leveled by investigators are much narrower in scope and relate to benefits the former president allegedly received from OAS SA, a construction company, in return for political favors.

Lula’s lawyers Cristiano Zanin Martins and Roberto Teixeira said in a statement Tuesday that prosecutors have failed to provide proof of their allegations, adding that Judge Moro has demonstrated bias against the former president.