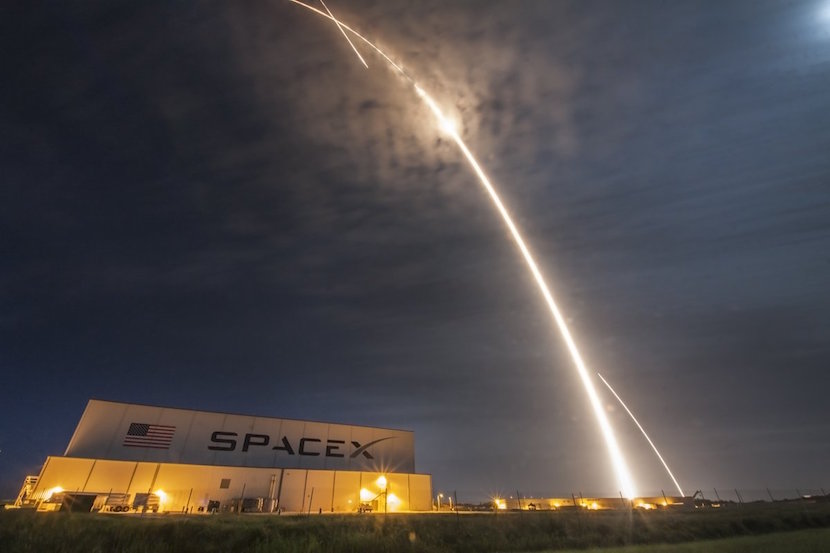 Elon Musk is going through a particularly difficult period, having to fend off attacks on numerous fronts. But the South African-born super entrepreneur has overcome a lot worse. Which tends to happen when you simultaneously revolutionise three entire industries – automobiles (through Tesla); space (SpaceX); renewable energy (SolarCity). He gets some welcome respite this week by returning to talk about a dream hatched while he was just a little fellow in Pretoria, the colonisation of planet Mars. Like his great space rival Jeff Bezos of Amazon, Musk sees Mars as the ultimate insurance policy against mankind’s self-destruct tendency. In a world where uncertainty grows as a succession of flawed leaders grab centre stage, Musk’s fretting is shared by a rather rational being. Asked at April’s AGM what worried him most, Berkshire Hathaway chairman Warren Buffett told shareholders it was CNBC – cyber, nuclear, biological and chemical attacks. Nuclear most of all. – Alec Hogg

(Bloomberg) — When Elon Musk takes the stage of the 67th International Astronautical Congress in Guadalajara, Mexico on Sept. 27, it won’t be to rehash terrestrial concerns like a fatal Tesla autopilot crash or a poorly received merger proposal. Instead, the space and electric-car entrepreneur will be talking about realizing his boyhood dream: going to Mars.

Musk’s keynote address, entitled “Making Humans a Multiplanetary Species,” will tackle the technical challenges and “potential architectures for colonizing the Red Planet,” according to organizers. Translation: huge rockets, big spacecraft. No one has been anticipating the event more eagerly than Musk, who founded Space Exploration Technologies Corp., his rocket-launch company, 14 years ago with the express goal of putting humans on other planets to live and work.

“I think it’s going to sound pretty crazy,” Musk said, referring to his Mars speech, at NASA’s Kennedy Space Center last April. He was there celebrating another previously crazy-sounding accomplishment: launching a rocket into space and then landing the 14-story-tall booster on a floating drone ship in the Atlantic Ocean. SpaceX has gone on to repeat that feat three more times.

The Mars speech figures to be a welcome distraction for a man who’s been reeling of late. Tesla, which makes electric vehicles and energy-storage products, is blowing through cash as it races to build out a huge battery factory in the Nevada desert and start selling its mass-market Model 3 next year. Tesla’s bid to acquire SolarCity Corp., a debt-laden installer of rooftop solar panels, is embroiled in controversy over corporate-governance concerns. Musk is chief executive officer of Tesla and the chairman and largest shareholder of SolarCity. Short seller Jim Chanos called the proposed merger, now worth about $2 billion in an all-stock transaction, a “walking insolvency.”

Adding to Musk’s headaches, SpaceX suffered a mystifying setback Sept. 1 when one of its rockets blew apart on the launch pad in Cape Canaveral, Florida, destroying an Israeli communications satellite. “Turning out to be the most difficult and complex failure we have ever had in 14 years,” Musk said on Twitter, his most potent form of communication.

Still working on the Falcon fireball investigation. Turning out to be the most difficult and complex failure we have ever had in 14 years.

Such earthbound woes aside, going to Mars is no longer the stuff of science fiction. The National Aeronautics and Space Administration has its own “Journey to Mars” program, which calls for sending American astronauts there in the 2030s. Lockheed Martin Corp. has a NASA contract to build Orion, a spacecraft for deep space exploration, including Mars. And Democratic presidential nominee Hillary Clinton said, if elected, one goal of her administration would be to “advance our ability to make human exploration of Mars a reality.”

Mars exploration got an enormous boost in August 2012, when NASA’s Curiosity Rover landed. The robotic vehicle continues to transmit breathtaking, high-resolution photographs of the dune- and butte-filled landscape, to the delight of scientists and Curiosity’s 3.4 million Twitter followers. Curiosity is exploring a crater that once held an ancient lake, proving Mars had a watery environment and, possibly, microbial life.

“The enthusiasm and momentum for sending humans to Mars is higher than it’s ever been,” said Ashwin Vasavada, the Curiosity project scientist at NASA’s Jet Propulsion Laboratory in Pasadena, California. “Technologically, it doesn’t seem that far out of reach. We can see a path.”

What scientists and space enthusiasts don’t have in 2016 is a global political imperative driving a modern-day space race. That’s a big difference from a half a century ago when the U.S., locked in Cold War competition with the Soviet Union, worked feverishly to realize President John F. Kennedy’s call to put a man on the moon.

“It just comes down to making the effort. In the 1960s, it was all about world politics—that’s what drove us to get to the moon,” said Vasavada. “With Mars, we’ve struggled to find the driver that’s going to make it worth the investment.”

A lot of space enthusiasts are looking to Musk, who founded SpaceX in 2002. The company makes rockets at its headquarters in Hawthorne, California, and currently flies the Falcon 9. It makes money, thanks to contracts to launch commercial satellites as well as fly missions for NASA and the U.S. military. SpaceX has NASA contracts worth $4.2 billion to resupply the International Space Station orbiting the Earth via its unmanned Dragon spacecraft and eventually ferry astronauts to the ISS. The closely held company has about 5,000 employees.

Human colonization of Mars won’t be a cake walk. Getting to the Red Planet will take at least eight months with unknown risks to the human body and psyche. Even if space explorers survived the 155 million-mile journey and subsequent first-ever manned landing, they would need to get to work immediately making the place habitable and producing the fuel needed to propel the rocket ship homeward.

Gwynne Shotwell, SpaceX’s president and chief operating officer, has said she’d gladly go to Mars but wouldn’t be among the first. “I’m not a camper, and it would be like camping,” said Shotwell in 2014. “Extreme camping.”

SpaceX plans to fly an unmanned spacecraft to Mars as early 2018. The flights would continue about every two years and, if all goes according to plan, would culminate with the first human mission to Mars in 2025, Musk told the Washington Post in June.

“Mars is the closest planet that we can realistically settle,” said Robert Zubrin, author of “The Case for Mars” and founder of the Mars Society, where Musk once served on the board. “Musk doesn’t just want fame, or money. He wants eternal glory for doing great deeds.”