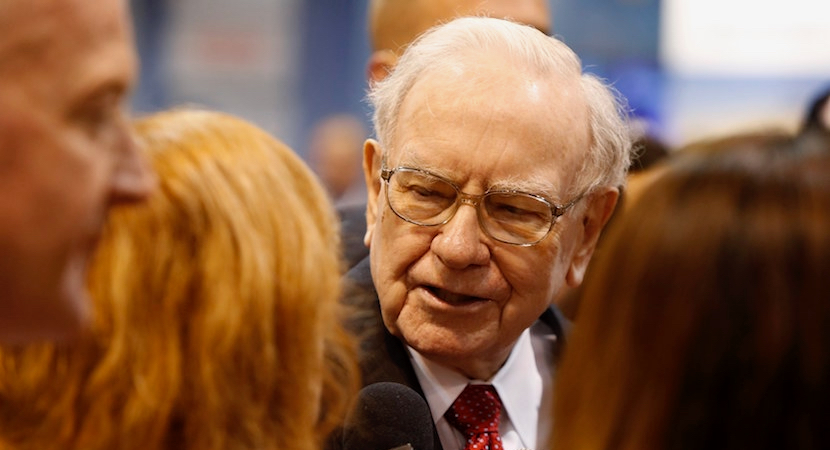 When Berkshire Hathaway chairman Warren Buffett buys into a stock, his holding period is “forever”. He only sells when circumstances at the business change in a fundamental way. And you can double that when the stock is one of his Big Five – the handful which account for two thirds of the value of Berkshire’s $130bn share portfolio. Berkshire’s 2016 annual report shows at end December IBM was Buffett’s third biggest holding after Wells Fargo and Coca Cola. After last night’s dynamite disclosure, the stock is on its way out of that elite group. This should worry other IBM shareholders. Including us as Big Blue is a significant holding in the Biznews Global Share portfolio. Buffett, the master investor, would have considered things very carefully before taking his decision. So will we. – Alec Hogg

(Bloomberg) – Warren Buffett gave Berkshire Hathaway Inc. investors something to talk about at the company’s annual meeting this weekend: He sold about a third of Berkshire’s investment in computer-services giant IBM.

Berkshire reduced the stake during the first and second quarters, CNBC reported, citing Buffett. The billionaire chairman and chief executive officer of Berkshire said he has since stopped selling, according to the broadcaster. Before the sales, Berkshire held about 81 million shares.

Berkshire started building its International Business Machines Corp. stake in 2011, eventually becoming the company’s largest shareholder, with an investment valued at almost $13 billion. IBM’s shares gained about 21 percent in 2016 after a run of three straight annual declines, and are still more than 25 percent lower than the company’s 10-year peak in 2013. The shares have lagged behind both technology peers and the S&P 500 Index in 2017.

“This may put some pressure on management to be more aggressive in returning to growth,” Anurag Rana, a Bloomberg Intelligence analyst, said in an email. Other investors “may get impatient.”

Thousands of Berkshire investors will gather in Omaha, Nebraska, for Berkshire’s annual meeting this weekend. Buffett, 86, and Vice Chairman Charles Munger, who regularly field questions from shareholders at the event, can expect to be quizzed about IBM — as they have been in the past.

“I don’t value IBM the same way that I did six years ago when I started buying,” Buffett told CNBC. “I’ve revalued it somewhat downward.”

Representatives of Berkshire and IBM didn’t immediately respond to requests for comment after regular business hours.