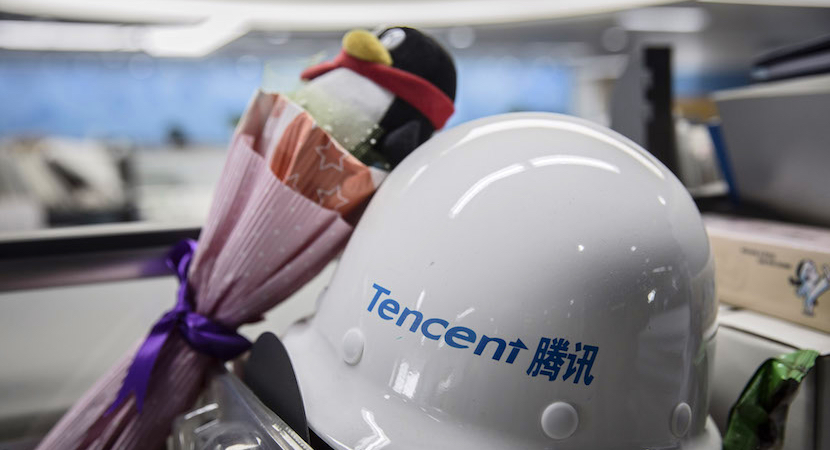 EDINBURGH — Tencent, the company underpinning South African JSE behemoth Naspers, has been labelled the world’s most disappointing stock. Tencent, a tech giant that has grown out of its enormous success in China, has plummeted in value on concerns that it can no longer keep scaling its revenues. Tencent is an important company for South African investors. Naspers makes up a massive chunk of the main Johannesburg index, the JSE All-Share. Its performance influences the index and therefore many investment portfolios. – Jackie Cameron

(Bloomberg) – For the most disappointing stock trade in the world this year, step forward Tencent Holdings Ltd.

Of the 10 companies worth more than $100 billion that analysts predominantly rate as buy, Tencent has by some distance had the worst 2018, data compiled by Bloomberg show. The Internet giant tumbled 22 percent in Hong Kong through Tuesday, wiping out $108 billion in value, as the company failed to maintain earnings momentum and a government clampdown clouded the outlook for the games industry.

The reversal has been swift. It was only in January that Tencent reached a record high of HK$474.60, following a 64,000 percent climb from its 2004 trading debut. Analysts have been reluctant to give up their bullish calls on the stock, which is the biggest on the MSCI Emerging Markets Index with an almost 5 percent weighting. Their average price target is HK$451.10, implying a 40 percent rebound over the next 12 months. The stock rose 1.1 percent to HK$321.60 in Hong Kong on Wednesday.

*Five equates to a unanimous buy recommendation on a Bloomberg scale.

Other investment disappointments include Belgian brewer Anheuser-Busch InBev NV and South Korea’s Samsung Electronics Co. but Chinese companies predominate. Benchmark indexes in Hong Kong and Shanghai have slumped this year amid concern about an economic slowdown and a trade war with the U.S.