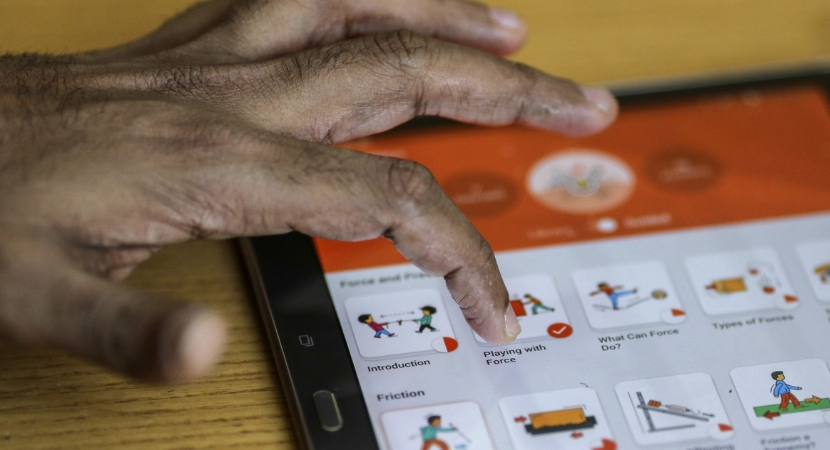 JOHANNESBURG — With the global population continuing to expand at a rapid pace and the need for equal education being more pressing than its ever been, there are businesses that are cleverly filling the gap. Once such business is Byju, a low-cost e-learning service in India that has taken off. Interestingly, Naspers is part of the latest funding round of Byju and, from the outside, it looks like a super-smart investment. – Gareth van Zyl

(Bloomberg) — Byju’s, an Indian education startup, more than doubled its valuation to $3.6bn after a funding round led by Naspers Ventures and the Canada Pension Plan Investment Board.

The company raised $540m, which will be used to fuel an expansion into English-speaking countries, Bangalore-based Byju’s said in a statement on Monday. The new valuation puts it among the top five on CB Insights’ ranking of India startups.

Byju’s has attracted millions of users in India, where there is often a lack of good teachers, helping to teach students from kindergarten to year 12 subjects including math, science and English. Its existing backers include the Chan-Zuckerberg Initiative, founded by Facebook Inc. co-founder Mark Zuckerberg and his wife Priscilla Chan, as well as Tencent Holdings Ltd. and Sequoia Capital.

“The company has aggressive plans for international market expansion and will make bold investments in technology that will help to further personalise learning for students,” it said in the statement.

Launched in 2015, Byju’s app has 30m users, with more than 2m of them paying an annual fee of 10,000 rupees ($139), unusual in a country where users are mostly unwilling to pay subscriptions. The app contains interactive content, animations and tutor-led video lessons.

“India has the largest school-age population in the world and Indian households are willing to invest a lot in their children’s education because a good education is the best path to success,” founder and Chief Executive Officer Byju Raveendran said in the statement.

Tutors bring the real world into the act — using pizza to explain fractions, a birthday cake to teach circles and segments, a basketball game to demonstrate projectile motion. The startup has grown at 100% rates since its launch and will target tripling of its revenue to 14bn rupees this year.

Naspers leads $540m investment in BYJU’S, one of the world’s largest edtech companies

Naspers, a global internet and entertainment group and one of the largest technology investors in the world, today announced it has led a combination primary and secondary $540m investment in BYJU’S, the creator of the most popular K-12 learning app in India. A significant portion is also being contributed by the Canadian Pension Plan Investment Board (CPPIB). The investment will drive the BYJU’S team to further innovate, explore and set new benchmarks for tech-enabled learning products. The company has plans for international market expansion and will make bold investments in technology that will help to further personalise learning for students. The investment in BYJU’S also represents Naspers’ commitment to India across multiple sectors, and the company’s ongoing investment in entrepreneurs that are building leading technology companies in this high-growth market.

Launched in 2015, BYJU’S Learning App is the leader in offering personalised learning programmes for school students in 4th-12th grades in India. Delivering world-class learning experiences, the learning app merges videos, inter actives and teachers to bring concepts to life. It also adapts to the unique learning style of every student, adjusting to the pace and style of their learning. More than 30m students have used the BYJU’S Learning App and it has amassed over 2m cumulative annual paid subscriptions, with an average engagement of 64 minutes per student daily.

Talking about the new investment, Byju Raveendran, Founder & CEO, BYJU’S – The Learning App, said, “We are happy to have prominent and long-term partners like Naspers and CPPIB on board with us. This partnership will strengthen our ability to deliver on our vision to build the world’s largest education company. India has the largest population attending primary school in the world and Indian households are willing to invest a lot in their children’s education because a good education is viewed as the best path to success. I believe the importance of quality education amongst the entire population in India fueled our ability to create an engaging and high-impact learning app.”

Byju further added, “While near-term profitability is important for us, as a company our main focus continues to be on long-term sustainable growth. The edtech industry is undergoing massive shifts; students today want to learn through engaging and interactive methods. We are pioneering ‘better learning for tomorrow’ with technology as an enabler and we have been working towards making students active learners. It is only through active learning that we can prepare our youth for jobs of tomorrow.”

PREMIUM: Here’s what The Wall Street Journal thinks of Naspers

“Naspers partners with high-potential companies that are tackling big societal needs like education, which represents a significant sector ripe for disruption across the globe,” said Russell Dreisenstock, Head of International Investments, Naspers Ventures. Dreisenstock, who will be joining the BYJU’S Board of Directors further stated, “With the largest school-age population in the world and a growing middle-class with the willingness to commit significant resources towards quality education for their children, BYJU’S is perfectly positioned to provide an effective supplemental education solution for students across India.  We partnered with BYJU’S because we believe the company’s success in India will translate across borders in any country where students are looking for an innovative and engaging form of education beyond the classroom.”

In addition to BYJU’S, Naspers has built a significant edtech portfolio investing in companies with leading businesses around the world. The portfolio includes Udemy, the leading global marketplace for learning and instruction, Brainly, the world’s largest social learning community, Codecademy, an online interactive platform to learn to code and SoloLearn, a mobile-first community learning platform where students can learn, create, and share programming content. The education market globally is ripe for technology disruption.  Global trends including increases in population, smartphone usage, middle-class spending, and a growing youth population will require education to be revamped, as traditional educational institutions become unable to service all students and students demand a new way of learning.