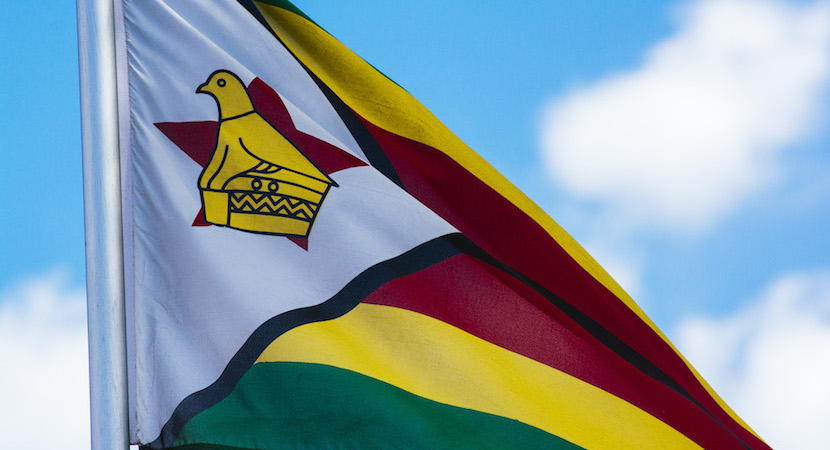 Zimbabwe is plunging into a deep crisis, with the country looking a lot like it did in 2008 when the central bank began printing additional bank notes to meet government costs – leading to inflation of 500 billion percent. The country is struggling with food and fuel shortages and an imploding currency, reports Bloomberg. President Emmerson Mnangagwa, who replaced Robert Mugabe in November 2017 in what looked a lot like a military coup, has failed to revive the economy. Multilateral lenders such as the International Monetary Fund have refused to offer the country more money until it pays arrears on $8 billion of foreign debt and enacts promised political reforms. In this gut-wrenching story, Zimbabwean author Cathy Buckle explains what life is like in a country that has collapsed. – Editor

On these late winter mornings you don’t have to listen hard to hear Zimbabwe’s clock ticking towards an immense crisis. Civil servants at ground level: teachers, nurses, security personnel, clerical and office workers are barely surviving, earning a basic salary now worth the equivalent of less than one US dollar a day. As I write the official exchange rate is ZWL$65.8 to US$1; the black market rate is ZWL$110 to US$1. Johns Hopkins Economist Steve Hanke estimates our annual inflation to now be over one thousand percent, 1,191% to be precise.

This week Social Welfare minister Paul Mavima said government has only paid 202,000 vulnerable people out of the one million targeted for assistance: people who’ve been unable to earn a living for months during Covid lockdown. The 202,000 are getting a ‘cushioning allowance’ of Z$180 a month (US$2.76), enough for two loaves of bread a month. Imagine surviving on less than 10 US cents a day.

Nurses are on strike because they can’t survive on their salaries which are equivalent of less than one US dollar a day. They’ve been appealing for their wages to be paid in US dollars, as they were eighteen months ago, but the government aren’t listening. The ZNA (Zimbabwe Nurses Association) said: “We have lost our earnings already through slave wages and so we have nothing more to lose.” Over a dozen have been arrested for striking and the images of nurses handcuffed together and singing are burned into our minds this week.

These are the frontline fighters responsible for helping people infected with Covid 19. Striking nurses living in hospital accommodation at Harare hospital have now been sent eviction letters meanwhile our Minister of Health is out on Z$50,000 bail after being arrested over a US$560 million Covid 19 procurement scam. The Minister of Health didn’t even spend a single night in jail; he has now been removed from his position for “conduct inappropriate for a government minister.”

A report in NewsDay newspaper this week said Police were earning a basic salary equivalent to US$27 a month and some were collapsing at work due to hunger. “Most police officers face eviction and are failing to buy food and meet basic expenses while we watch our bosses drive top-of-the-range vehicles, stay in plush houses and get benefits that include fuel, airtime and accommodation,” the police officer said. (NewsDay)

And then there’s the “mess” underway with the Grade 7 school examinations. Called to write their Grade 7 exams before mainstream schools have re-opened, the PTUZ (Progressive Teachers Union of Zimbabwe) said teachers had boycotted returning to work to invigilate the exams over their poor working conditions and salaries.

The PTUZ President, Takavafira Zhou said schools in rural areas were hiring villagers and parents to supervise and invigilate the exams in a number of areas.  Zhou was quoted in the press as saying: “It was a mess, and it is terrible.” Zhou said some headmasters had: “told pupils to pay US$1 every day they are writing so that the schools can have money to pay the hired invigilators.”

Coming to the end of such a sad letter about a country in crisis for so long, I look for something beautiful to share with you and there it is, just outside the window. The Shikra is sitting in the bird bath. I’ve just learned that Shikra is the other name for the beautiful little banded Goshawk. Its soft grey feathers, yellow legs and startling red eyes are both beautiful and intimidating. This is the raptor of immense patience, sitting unmoving for half an hour or more in one place: perched on a tap, in the bird bath, on a branch, waiting, watching. The Shikra whose name is apparently derived from the Hindi word shikara which means hunter, always makes me think of us Zimbabweans; ever patient, watching and waiting, but it also makes me think of our leaders: always ready to pounce.