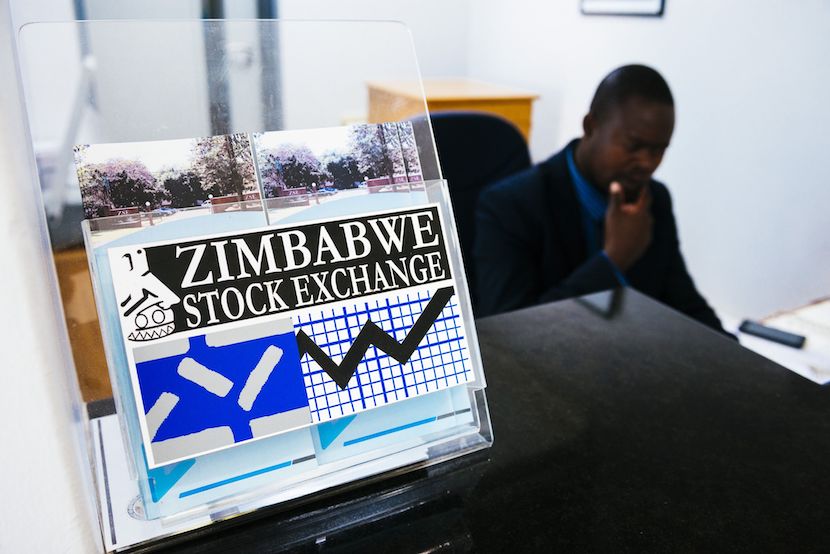 Zimbabwe stocks have provided a store of value, with the index powering up by 700% – a similar percentage to the rate of inflation in the country. The Zimbabwe government closed the stock exchange in June, saying companies like South African multi-national Old Mutual were being used to manipulate currency exchange rates. Old Mutual remains suspended, but other stocks have been trading in recent weeks. – Editor

(Bloomberg) — Zimbabwe’s benchmark stock index has slid by 21% since the government allowed trading to resume just over two weeks ago, with traders attributing the slump to foreign investors cutting their holdings.

The Zimbabwe Industrial Index had surged almost 700% in 2020 before trading was halted on June 26 by authorities who blamed dealing in stocks for contributing to a plunge in the local currency. The government said shares of Old Mutual Ltd., PPC Ltd. and Seedco Ltd., which have listings outside the country, were being used to manipulate foreign-exchange rates. They remain suspended. 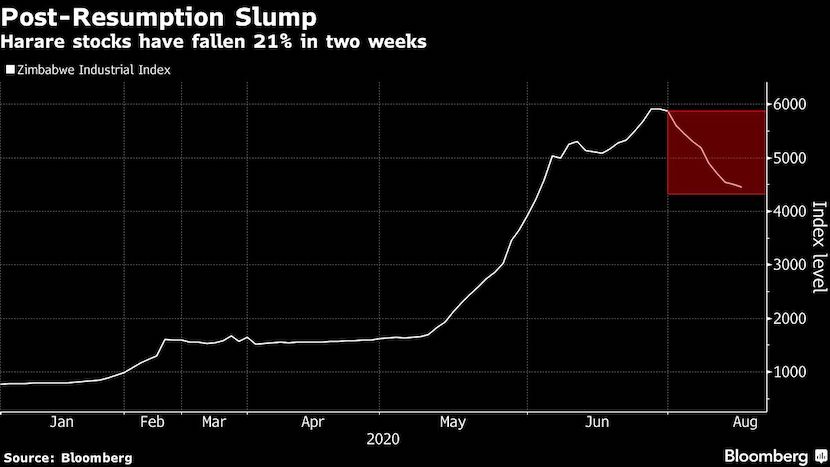 Foreigners have sold Z$208 million ($2.5 million) worth of stocks since the bourse reopened, according to data provided Tuesday by the Zimbabwe Stock Exchange.