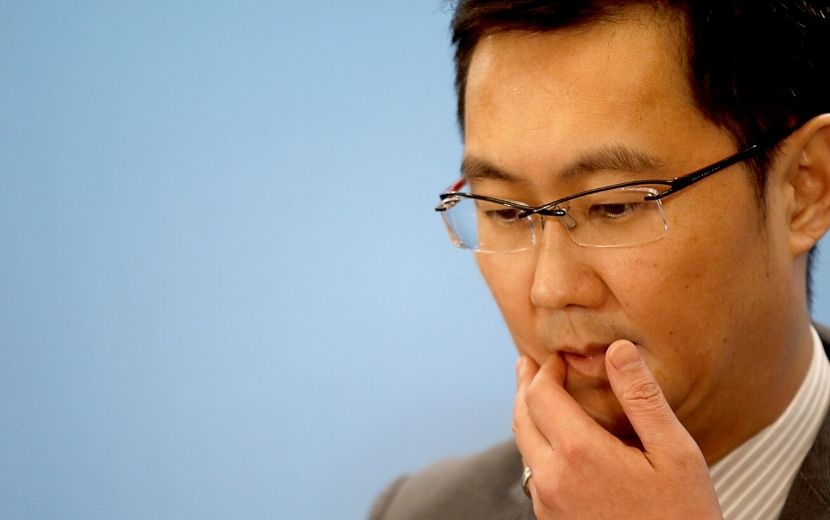 Shares of Tencent, founded by Chinese billionaire business magnate Pony Ma, and rival tech companies fell sharply on Tuesday after a state-owned Chinese newspaper criticised online gaming as “opium for the mind.” This latest move by the Chinese government further fuelled investor concerns that Tencent’s popular games could be swept up into a broader regulatory crackdown. Jack Ma’s criticism of China’s banking rules in October 2020 prompted the country to take action and clamp down on Big Tech. The fortune accumulated by Pony Ma has fallen the most among China’s ultra-rich since the crackdown kicked off in November 2020. China’s clamp down on Big Tech is critically important to global internet group Naspers, which is Africa’s largest listed company. Its stake in Tencent has made Naspers the largest constituent of the Johannesburg Stock Exchange, accounting for almost a quarter of the index’s weighting. – Nadya Swart

(Bloomberg) – Turns out even the most compliant Chinese billionaires aren’t immune to the regulatory onslaught sweeping the world’s second-largest economy.

In a twist that has upended conventional wisdom on the political pecking order of China’s business elite, Tencent’s mild-mannered boss, Pony Ma, has lost more paper wealth over the past nine months than Jack Ma, the combative co-founder of Alibaba and Ant.

The reversal underscores how rapidly Beijing’s crackdown has expanded since authorities scuttled Ant’s initial public offering on Nov. 3. What initially looked like a targeted campaign against China’s most outspoken tech tycoon has since spread to nearly every corner of the industry and beyond, as regulators de-emphasise unfettered growth in favour of other priorities such as data security, financial stability and reduced inequality.

Throughout most of China’s nine-month campaign to reign in big tech, Tencent had appeared to fare much better than its arch-nemesis, helped in part by Pony’s reputation for staying out of the limelight. While Alibaba had to cough up a record $2.8bn in antitrust penalties, regulators only slapped token fines on Tencent for not seeking approval during past acquisitions and investments. Its music arm was recently ordered to give up exclusive streaming rights, though it escaped the doomsday scenario of a breakup of the business.

But a damning state news report Tuesday has turned the tables. Tencent shares posted their biggest intraday decline in a decade after a Xinhua-affiliated newspaper took aim at the company’s key gaming business, fueling speculation it could become the next target of Beijing’s crackdown. The rout left the company, whose market capitalisation briefly neared $1trn earlier this year, with a value of $550.5bn.

Pony’s fortune has dropped by almost $14bn since the Ant IPO was suspended in November, falling to $45.8bn on Tuesday, according to the Bloomberg Billionaires Index. He now ranks third on the China rich list behind Jack, who has a net worth of $47.8bn. 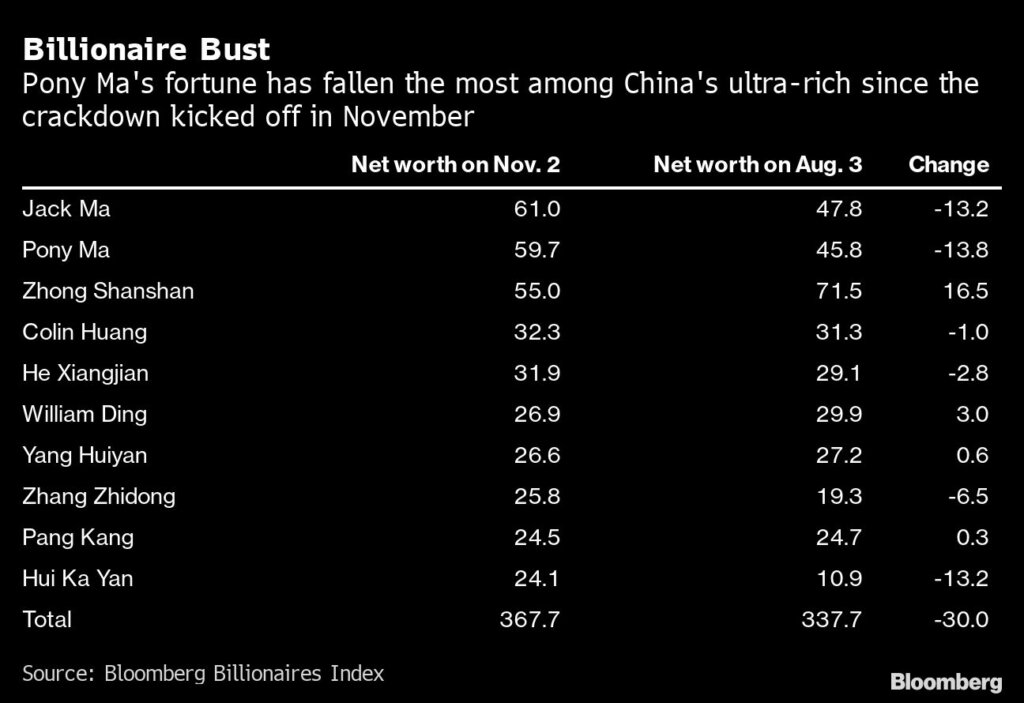 While state media toned down their language on gaming Wednesday, helping fuel a more than 5% rebound in Tencent, the stock is still 17% lower for the year. The outlook will depend in large part on what comes next from regulators, who shocked investors late last month with a clampdown on tutoring companies that will force many of them to become non-profits.

Tencent is already moving to assuage Beijing, pledging to further limit play time for minors and forbid in-game purchases for the youngest players. The company also broached the possibility of the industry banning games altogether for those under the age of 12.