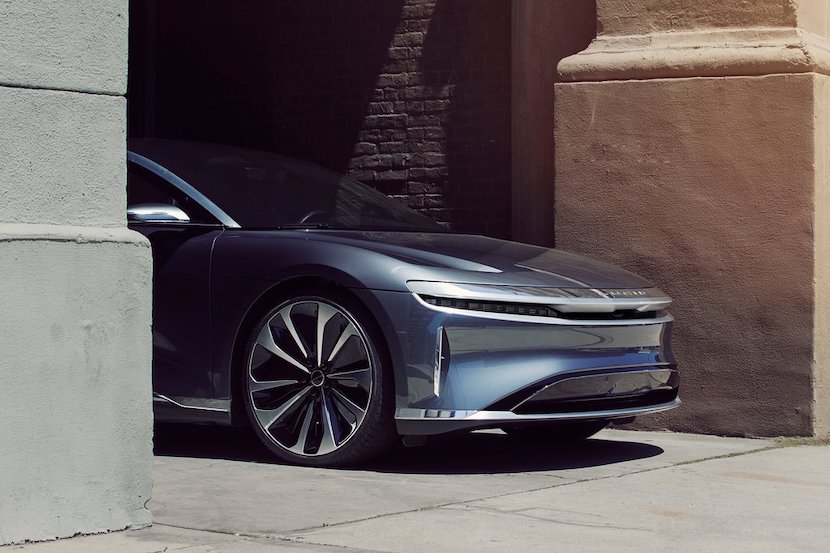 Electric carmaker Lucid’s shares fell after the California-based company received a subpoena from the Securities and Exchange Commission (SEC). The government agency is requesting documents relating to the deal that took the EV maker public in July this year. According to The Wall Street Journal, Lucid is fully co-operating with the SEC, whose investigation “appears to concern certain projections and statements”. – Jarryd Neves

By Robert Barba of The Wall Street Journal

Lucid Group Inc. LCID -2.18% said it received a subpoena from the Securities and Exchange Commission related to the deal that took the electric-vehicle company public this summer.

The company said in a regulatory filing released Monday that the SEC is requesting certain documents and that the investigation appears to concern certain projections and statements. Lucid said it is fully cooperating with the agency.

The Newark, Calif., startup is the latest electric-vehicle maker to draw the scrutiny of federal regulators, which comes as the SEC is taking a harder look at the optimistic revenue projections used by young businesses that have merged with special-purpose acquisition companies, or SPACs.

Lucid went public in July through a merger with the special-purpose acquisition company Churchill Capital Corp. IV. It began building its first all-electric Air sedans in Arizona in September and started delivering them to customers a month later.

Lucid opened at $40 a share Monday, following the disclosure. The stock was down about 7% in morning trading. Before that, the stock had nearly doubled since it started trading, making Lucid’s market value comparable to Ford Motor Co.

Many investors are placing their bets on new pure-play electric-vehicle startups like Lucid that have similarities to Tesla Inc. in how they plan to go to market.

Formerly called Atieva Inc., Lucid was founded in 2007 as a company focused on electric-vehicle batteries before turning its attention to cars.

The companies announced the SPAC deal in February amid a wave of investor enthusiasm for blank-check mergers, which allow businesses to go public through combinations with shell companies while avoiding a traditional initial public offering. The transaction injected $4.4 billion into Lucid on terms that valued the company at $24 billion.

SPAC mergers, with their looser regulatory requirements than traditional IPOs, have allowed electric-vehicle companies to trumpet outsize revenue projections that some analysts have criticized as unrealistic.

The burgeoning electric-vehicle industry has caught the attention of investors, but also federal regulators, with several of them the subject of investigations. In March, Lordstown Motors Corp. said it was cooperating with the SEC to provide information it requested. In September, The Wall Street Journal reported that federal regulators had opened an investigation into electric-delivery-truck maker Workhorse Group Inc.

Lucid, which is backed by the Saudi Public Investment Fund, is trying to build momentum with both car buyers and investors following the launch of the Air sedan, a luxury model that starts at $77,400. It also has a second model in the works, a battery-powered SUV called the Gravity that it plans to release in late 2023.

Like many other electric-vehicle startups, Lucid is still losing money and is banking on a smooth ramp up of production to help increase sales revenue.

The company reported a net loss of $524 million for the third quarter, in part due to higher costs associated with starting vehicle manufacturing in late September and increasing its employee head count for sales and service operations.

In November, Lucid said it had more than 17,000 reservations for the new Air sedan, up from the 13,000 previously disclosed. Those reservations represented an order book of about $1.3 billion, the company said.

— Christina Rogers contributed to this article.