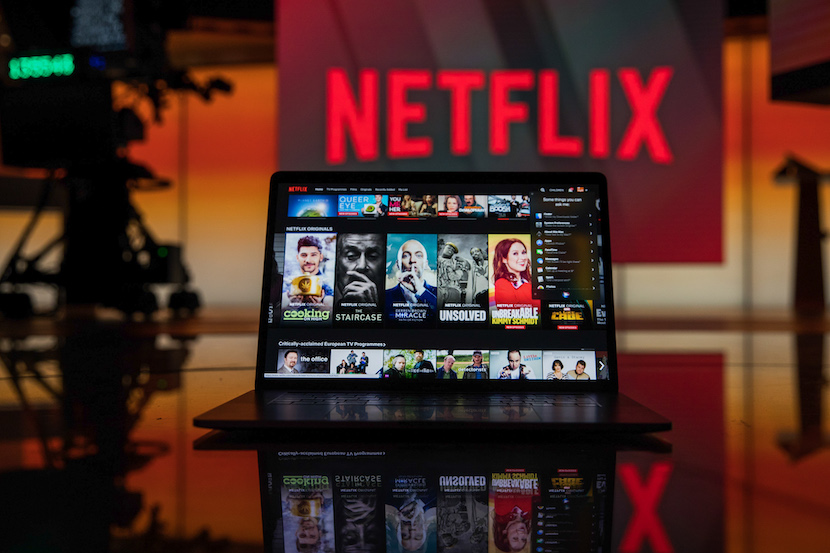 You may be one of the many Netflix users who doesn’t have their own account, or alternatively you may be one of the subscribers sharing your account with others (naughty naughty). This has become an issue as Netflix faces its first quarter in years with a decline in subscribers, with some users sharing a single account and others migrating to the many other streaming platforms. This has caused Netflix’s stock price to plummet more than 35% in a single day. Netflix has been somewhat nonchalant about password sharing in the past as it continued to grow, but no company can grow forever. And now, as its numbers dwindle, Netflix feels it can continue to force growth by preventing its users from sharing their accounts with others. This will mean users not linked by household may be booted from using Netflix under the same account. Multichoice recently did something similar with its own streaming platform DStv Now, where users are limited to streaming on a single device regardless of whether they’re in the same household. Netflix’s strategy may be less extreme, reducing licensing to a single verified household and offering a more affordable version of Netflix with the caveat of advertising being introduced. In this article from The Wall Street Journal, Nicole Nguyen, discusses the implications for those sharing a Netflix account, as well as how other streaming platforms approach account sharing. –Ross Sinclair

People using Netflix accounts NFLX 0.77% ▲ that aren’t your own, the company is on to you. “We’re working on how to monetize sharing,” Netflix Chief Executive Reed Hastings said Tuesday during the company’s earnings call.

Remember that time you lent your co-worker your login to watch “Stranger Things?” And your dog groomer’s sister? You’re not alone. Nearly 222 million households pay for Netflix, but the company estimates an additional 100 million homes access the service through password sharing.

Preventing password sharers wasn’t a big priority when Netflix was adding new subscribers every month. Now, as Netflix records a rare drop in subscribers and its stock price, the practice is hurting the streamer’s bottom line, and it has been testing ways to get freeloaders to pay up. Netflix rolled out a payment structure for extra users in some countries in Latin America, and said it could take at least a year to launch a similar system in the U.S.

For years, many services have turned a blind eye to password sharing. The lack of enforcement is, in part, why it is so common. Some apps tout features that let multiple users stream at the same time from different devices, and allow users to maintain multiple profiles on their account. There are limits, though, and apps can block people from watching when there are too many users at once.

Here’s what to know about account sharing on Netflix and other streaming services, and how you—and your account moocher—might be affected by the coming password crackdown.

Currently, each Netflix account can host profiles for up to five people in a household. In other words, five people can share the same login with separate viewing history, content preferences and recommendations.

A Netflix spokeswoman said the company defines a household as people who live together, and allows two simultaneous streams for subscribers to the $15.49-a-month Standard plan, and four on the $19.99-a-month Premium plan. The Basic subscription ($9.99 monthly) allows streaming on only one screen at a time. The company in January raised prices across its plans but said Tuesday that it is exploring a cheaper option with ads.

When a device outside the household logs on, Netflix may ask the primary account owner to verify the device—such as a Roku streaming stick or iPad—to ensure that it is authorized to do so. The company said it uses IP addresses, device identifiers and account activity to determine whether devices are within a household.

In the earnings call, Chief Operating Officer Greg Peters said the company intends to ask people sharing their accounts with users outside their home—think kids at college or relatives nearby—to pay up.

“If you’ve got a sister, let’s say, that’s living in a different city and you want to share Netflix with her, that’s great,” he said. “But we’re going to ask you to pay a bit more, so she gets the benefit and the value of that service, but we also get the value of the revenue associated with that viewing.”

Netflix is testing a monetization model in Chile, Costa Rica and Peru that lets subscribers add extra members they don’t live with at a price lower than a stand-alone subscription. The extra members get their own login credentials. In Costa Rica, the feature costs $2.99 a month, while users in Chile and Peru are charged the local equivalent.

The program likely will undergo about a year of testing, Mr. Peters said, before launching globally.

Last year, Netflix asked some of its users to verify their identity through a text message. A spokesman said it was to ensure the devices were authorized and The Wall Street Journal reported that Netflix hadn’t cut off any subscribers for sharing a password, according to a person close to the company.

Other popular streaming services take a similar approach, but allow a different number of profiles and simultaneous streams. So far, Netflix has been the most vocal about the effects of password sharing.

Disney+ allows seven profiles and four simultaneous streams on each account, as well as downloads for offline viewing on up to 10 devices. The subscriber agreement doesn’t explicitly prohibit account sharing, nor does it say that profile users need to be in the same physical household. However, all users are “responsible for maintaining the confidentiality and security of your username and password,” and “if you allow others to access your Disney+ account, this agreement also applies.”

Hulu allows six profiles and two simultaneous streams across all its plans. Subscribers with the Live TV add-on have the option of upgrading to unlimited concurrent streams on the same home network, or three streams outside the home, for $10 a month. Its terms of use states that “you are responsible for all use of your account, including use by other members of your household.”

A spokeswoman representing both Hulu and Disney+ said the companies have technology that can flag suspected password-sharing, but she didn’t share specifics.

For Amazon AMZN 0.38% ▲ Prime Video, you can share benefits with your Amazon Household, which includes up to two adults, four teens (ages 13 through 17) and four children. Amazon doesn’t offer a definition or requirement for what constitutes a household. Adults and teens have their own Amazon logins, and must share payment methods for shopping and digital content. The service allows three simultaneous streams within the same Amazon account and two simultaneous streams of the same content.

An Apple AAPL -0.48% ▼ TV+ subscription allows six simultaneous streams, but doesn’t separate viewing by profiles. You can, however, set up Family Sharing with up to six members, which allows the group to share subscriptions to services such as Apple TV+ and Fitness+. Apple’s media services terms and conditions says, “All Family members must share the same home country,” and users can only belong to one Family at a time. Members of a Family group don’t have to be related or share the same address.

Sharing your iCloud credentials with others is a bad idea. It includes access to any passwords stored in Keychain, as well as backed-up photos and messages.

HBO Max users can set up to five different profiles, with a maximum of three simultaneous streams. The service’s terms of service says: “Authorized users are limited to members of your immediate family or household.” It further states that the primary account holder and authorized users cannot reveal an account’s email or password to anyone.

Sling Orange subscribers can stream on one device at a time, while Sling Blue allows three concurrent streams. The company’s terms of use say that login credentials may not be shared with anyone.