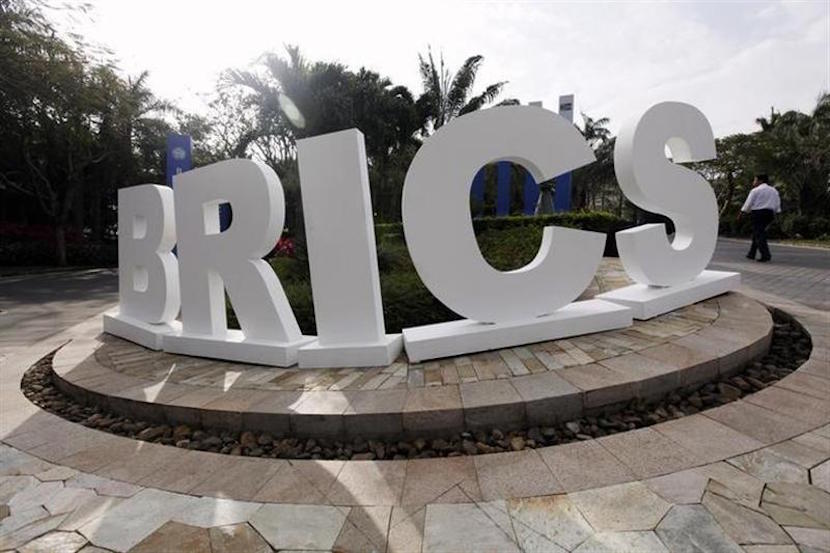 Military officials in South Africa welcomed Russian Foreign Minister Sergei Lavrov on Monday and publicly defended naval drills planned for next month with Russia and China, stressing the “strong bonds” between the three nations. International Relations Minister Naledi Pandor said before meeting Lavrov, “Our wish is that the conflict currently between Russia and the Ukraine will soon be brought to a peaceful end through diplomacy and negotiation.” This is as US Treasury Secretary Janet Yellen visits SA on Wednesday before US President Biden’s visit later this year – and as Washington continues its unrelenting condemnation of Moscow for its war in Ukraine. – Sandra Laurence

Just before US Treasury Secretary Janet Yellen will visit South Africa as part of a renewed focus on the continent, she got a stark example of the challenges Washington faces in countering influence by its main global rivals Russia and China.

Military officials in the African country warmly welcomed Russian Foreign Minister Sergei Lavrov on Monday and publicly defended naval drills planned for next month with Russia and China, stressing the “strong bonds” between the three nations. That comes as Washington continues its unrelenting condemnation of Moscow for its war in Ukraine and a day after Yellen voiced her frustration with the pace of debt talks with Zambia, criticizing Beijing for the delays.

Yellen’s trip — part of the run-up to an Africa visit later this year by President Joe Biden — has so far served as a reminder of the entrenched relationships many countries have on the continent with Russia and China. It also highlights the difficulty the US faces globally in persuading countries that their interests are better served aligning with Washington on political and financial issues.

“South Africa, like any independent and sovereign state, has a right to conduct its foreign relations in line with its own diplomatic relations and national interests,” the country’s Ministry of Defence and Military Veterans said in a statement, hours before Lavrov hailed Pretoria’s “independent and balanced” stance on the war in Ukraine.

Yellen’s visit takes place six months after the US announced a new strategy that aims to reverse years of perceived neglect of Africa. Biden followed up on the plan by hosting a summit of its leaders in Washington last month.

While he pledged to secure $55 billion of new investments and to revamp a trade law that gives about three dozen nations duty-free access to the world’s biggest economy, the renewed bid to forge closer ties lags China’s billions of dollars of financing and infrastructure to the continent and Russia’s efforts to sustain historic political and ideological relations.

Russia’s invasion of Ukraine has made it all the more important for the US to back up its positive rhetoric with concrete action, according to Scott Morris, a senior fellow at the Center for Global Development who served as a US Treasury official in the Obama administration.

“The stakes are higher now, and there may be more on offer from the US side,” he said.

Yellen started her tour in Senegal, where she blamed Russia for worsening Africa’s economic problems and took a separate swipe at China over its lending practices, contrasting US actions with the behavior of its biggest rivals.

In her speech in the capital, Dakar, Yellen emphasized the role the US has played in fostering development and improving access to health and energy. She attended the launch of a rural electrification project an hour outside the city on Saturday, then visited a community health center in Lusaka, Zambia’s capital, on Monday. Both projects have received US assistance.

A day after singling out Russia and China in Senegal, Yellen sought to downplay the apparent competition between global powers for sway, saying the US wasn’t forcing African nations to choose between partners.

Vying for influence “just isn’t the focus of my visit at all. I know it’s a completely natural question. It is not at all what I’m focused on,” she told reporters. “Our interest is in partnering with Africa. This is not a competition with China.”

Even so, Yellen — who meets with South African President Cyril Ramaphosa Wednesday — and other US officials have criticized China for overburdening Africa with loans and dragging its feet on providing debt relief — accusations Chinese Foreign Minister Qin Gang rejected while visiting Ethiopia earlier this month.

The US has also accused Russia of exacerbating food and energy insecurity in Africa, but has hit a brick wall in its efforts to persuade the continent to take a harder line against Moscow, with many nations abstaining from votes on United Nations motions condemning the invasion of Ukraine.

South Africa has been particularly vociferous in its refusal to take sides in the conflict, despite securing a pledge of billions of dollars of cheap loans from Western nations last year to help it transition to cleaner forms of energy.

South Africa’s two-way trade with Russia amounted to just $1.46 billion in 2021, a fraction of the $53.1 billion it had with China and the $22.7 billion with the US. Leaders of the ruling African National Congress have longstanding ties with Moscow that stem from its support for the fight against White-minority rule.

“Both our countries can and must do more to develop and capitalize on opportunities to increase our cooperation in the economic sphere,” South African International Relations Minister Naledi Pandor told reporters Monday at a briefing before meeting with Russian Foreign Affairs Minister Sergei Lavrov. “Our wish is that the conflict currently between Russia and the Ukraine will soon be brought to a peaceful end through diplomacy and negotiation.”

Lavrov responded by praising South Africa for its “independent and balanced” stance and rejected what he said was an attempt to “monopolize international relations” and rebutted criticism of the military exercises, saying they’re being conducted in a “transparent” manner.

The competition for alliances in Africa works to the continent’s advantage, said Sanusha Naidu, an independent political analyst.