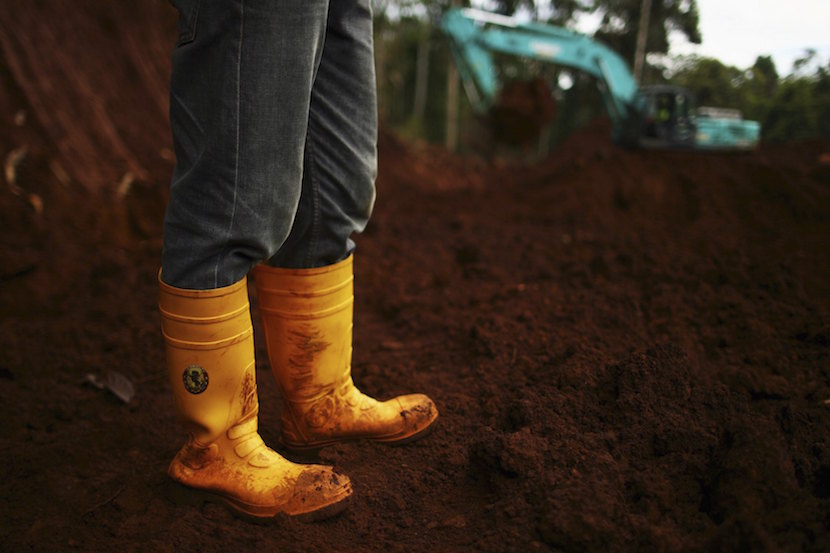 AngloGold Ashanti has obviously been impressed with Randgold’s construction leadership in the Kibali gold mine JV in the Democratic Republic of Congo and its management of the rundown of the Morila gold mine in Mali, which is coming to the end of its life, and has come to an investment agreement with its partner on these operations to form another JV to rebuild its Obuasi gold mine in Ghana, with Randgold as the operator. In terms of the Agreement, Randgold will lead and fund a development plan designed to rebuild Obuasi as a viable long-life mining business with an attractive cost structure and returns.

Obuasi is the original Ashanti gold mine and has been existence for well over 100 years and was the key Ghanaian asset of Ashanti Goldfields in the merger between Ashanti and AngloGold back in 2004.  Ashanti’s other original major gold mining asset – the Iduapriem/Teberebie operation – does not fall under the new JV and remains wholly owned by AngloGold.

Obuasi is one of Ghana’s oldest, and its most productive, gold mining operation having been in existence since 1897. It is truly one of the world’s ‘great’ gold mines.  However since late 2014 underground production has been effectively suspended with activities restricted to production from developed stopes and the processing of surface mining tailings as AngloGold sought to conduct a feasibility study looking at how the mine might be revitalised and rebuilt.  At the end of 2014, it converted Obuasi to limited operations, ceasing underground production, retrenching the workforce, but continuing to process tailings and starting a feasibility study on the redevelopment of the mine. Development of a decline ramp from surface to access some high grade underground blocks of ore has continued over this period. Obviously latterly AngloGold has been in consultation with Randgold on this matter in respect of using the latter’s expertise in working perhaps more successfully in the West and Central African gold mining sector than any other company – including AngloGold itself.

While Obuasi may have been in operation for nearly 120 years it still has substantial reserves and resources, although there have been some substantial social issues pertaining to the operation which have created some serious operational management difficulties. In AngloGold’s 2014 annual report it put the total ‘inclusive’ resource at Obuasi (including dumps and tailings as well as virgin rock) at some 160 million tonnes grading 5.32 g/tonne gold for 27.36 million gold ounces.  The mining ore reserve, also including some tailings and other surface accumulations was put at 24.5 million tonnes grading 6.7 g/tonne gold for 5.29 million ounces.

AngloGold says the development plan will build on this feasibility study with the intention of establishing a more focused, efficient, mechanised high-grade operation, and is expected to take about four months to complete. If the development plan meets both parties’ investment criteria, and assuming all other conditions are satisfied, Randgold and AngloGold Ashanti will form a new joint venture company.

Randgold and AngloGold Ashanti will then be jointly responsible for funding the redevelopment of Obuasi in line with an agreed development plan. A Randgold group entity will be appointed as operator of the mine, and Randgold and AngloGold Ashanti will appoint an equal number of directors to the board of the joint venture company, with board and shareholder decisions to be approved by both parties.

Randgold chief executive Mark Bristow said “Obuasi is a world-class resource. We now have to see if we can convert it into a world-class mine.  We have a long history of cooperation with AngloGold Ashanti and we look forward to working with them again on charting a new course towards a viable future for Obuasi.”

AngloGold Ashanti CEO Srinivasan Venkatakrishnan said  “AngloGold Ashanti has since 2012 effected a range of improvements to modernise Obuasi and – in line with its strategy – has progressed a feasibility study as the critical next step toward breathing new life into this important mine.  Our partnership with Randgold has proved successful for well over a decade in bringing value from sustainable gold mining to all stakeholders and we believe that pooling the extensive expertise and the capital of these two companies will improve our ability to bring Obuasi’s world-class high-grade gold deposit to account.

Formation of the joint venture is conditional on the satisfaction of a number of conditions, which include the approval by the boards of Randgold and AngloGold Ashanti of the final development plan prepared by Randgold, approval of the transaction by the South African Reserve Bank (SARB), consent of the lending banks, completion by Randgold of due diligence to its satisfaction and receipt of any applicable anti-trust approvals. In addition, formation of the joint venture is conditional on the receipt of the approvals necessary from the Government of Ghana on terms acceptable to the parties and the issue of all necessary environmental licences and permits for the project

Subject to the transaction completing, Randgold and AngloGold Ashanti will each fund their pro rata share of the agreed costs incurred in implementing the development plan and certain other agreed costs. Randgold will also assume responsibility for its proportionate share of certain liabilities arising under guarantees given by AngloGold Ashanti in relation to the liabilities of its Ghanaian subsidiaries.