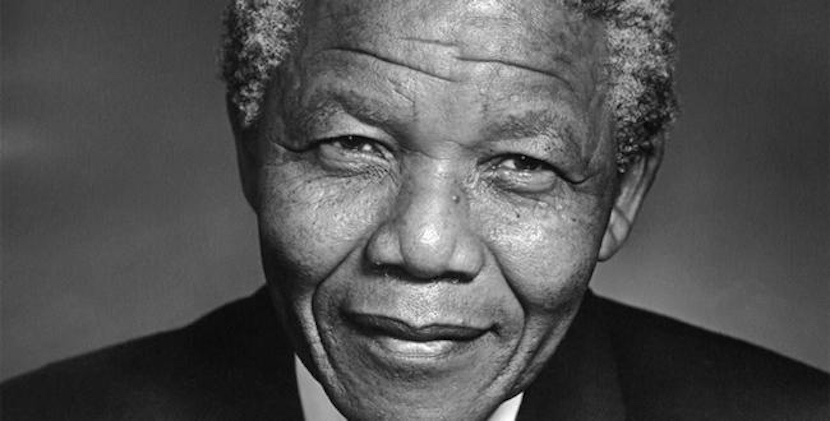 JOHANNESBURG — The UK’s appreciation of Nelson Mandela is not something of yesteryear and the public support of royal newly weds, Meghan and Harry, is a befitting tribute to the late statesman by the country’s young royals that represents public support of the icon that can be dated back before democratic South Africa. The royal couple will be attending the launch of the Nelson Mandela Centenary Exhibition that will exhibit artwork in the UK on Tuesday 17 July. A curation of the life and times of Nelson Mandela through six main themes: character, comrade, leader, prisoner, negotiator and statesman. Further to the main exhibition, additional associated events will run alongside the showcase. What is ‘Mandela magic’? In my childlike interpretation, as a young girl seeing the Queen visit for the first time in my hometown of Port Elizabeth in 1995, being driven around St George’s Park, there were crowds of all people – young and old, black and white that came together to see the Queen in support of South Africa. Attending The Nelson Mandela Centenary Exhibition and the associated events will bring the UK and South Africa together through a deepened appreciation for Madiba’s life through art, fresh perspectives, never before seen artefacts and letters while entrenching his teachings for many more years and generations to come. – Sanelisiwe Gantsho

Lord Peter Hain and Southbank Centre Chief Executive Elaine Bedell welcome the visit of the Duke and Duchess of Sussex to the Nelson Mandela Centenary Exhibition.

The major free exhibition of the life of Nelson Rolihlahla Mandela (1918-2013), one of the most iconic figures of the 20th Century, will open at Southbank Centre’s Queen Elizabeth Hall on Tuesday 17th July 2018 and will run through to Sunday 19th August. (Public viewing will open only at 4pm on 17th July. Thereafter opening hours will be from 10am to 11pm daily.)

Kensington Palace announced today that the Duke and Duchess of Sussex would attend the launch of the exhibition on 17th July.

‘The Mandela Centenary Exhibition at Queen Elizabeth Hall, Southbank Centre, which is free to visitors from 17 July – 19 August, will depict the anti-apartheid freedom struggle and Mandela’s vision of a non-racial rainbow democracy based upon justice, equality and human rights.  We are delighted the Duke and Duchess will be supporting it.’

Elaine Bedell, Chief Executive of Southbank Centre, said ‘We are delighted that the Duke and Duchess will open our Nelson Mandela Centenary Exhibition here at Southbank Centre. The exhibition is a wonderful opportunity for everyone to learn something about the life of one of the world’s most inspirational leaders and to gain some insight into his values, extraordinary resilience and vision for humankind.’

On the eve (Monday 16th July) of the exhibition opening there will be a Mandela Legacy Debate which will explore Mandela’s achievements and what his life has meant and continues to mean for future generations.

There will be an exclusive private view of the exhibition from 4.30pm on Monday 16th for those attending the debate which will be ticketed but free.

The associated events will include two award-winning films and the appearance of Ambassador Zindzi Mandela, Nelson Mandela and Winnie Madikizela-Mandela’s famous daughter who captured the world’s attention when she announced his refusal to accept conditional release from the apartheid regime in 1985.

Life is Wonderful: Mandela’s Unsung Heroes directed by Sir Nick Stadlen tells the dramatic story of how Mandela and his co-defendants, a multi-racial group of committed activists, changed the course of South African history. (Screenings on 27th, 28th and 29th August.)

Zindzi Mandela will appear with her two grandchildren, Ziwelene and Zama, to launch the delightful book Grandad Mandela on 16th August.

One Humanity, One Justice directed by Micky Madoda Dube and produced by Tony Hollingsworth tells the story of how the seminal Mandela concerts at Wembley Stadium in 1988 and 1990 were broadcast to the world hastening the end of apartheid. (Screenings 19th August.)

About Nelson Mandela: The Centenary Exhibition

The exhibition is jointly presented by the Apartheid Museum in South Africa, the Anti-Apartheid Movement Archives in the UK and Southbank Centre.

It focuses on the life and times of Mandela and celebrates the centenary of his birth. It traces Mandela’s Long Walk to Freedom through six main themes: character, comrade, leader, prisoner, negotiator and statesman. It is the first time the exhibition will be shown in the UK, after successful runs of various iterations in locations around the world, including six weeks at the Paris Town Hall in 2013.

The narrative of Mandela’s extraordinary life unfolds through a series of dramatic visual panels supported with films and the display of artefacts including some seen for the first time in Britain.

Items in the exhibition include:

The exhibition will be free and open to the tens of thousands of visitors to Southbank Centre during its run, to experience the visual presentation of Mandela’s life of struggle, reflection and leadership.

The first weekend of the exhibition, (19th – 22nd July) will coincide with Africa Utopia, Southbank Centre’s festival celebrating Africa and its rich contribution to contemporary culture, arts and literature. There will be curated tours of the Mandela exhibition for Africa Utopia wristband ticket-holders on Sunday 22nd July.

There is also an innovative trail for school pupils associated with the Nelson Mandela Children’s Fund. Students, school pupils and families will be able to learn about the historical context of apartheid and Mandela’s life-long struggle against racism and violent oppression through the interactive youth trail which will guide participants through the six stages of Mandela’s life, posing interactive questions, culminating in an ask to participants to say in twenty-five words how they would make the world a better place. The competition will be judged by the various partner organisations.