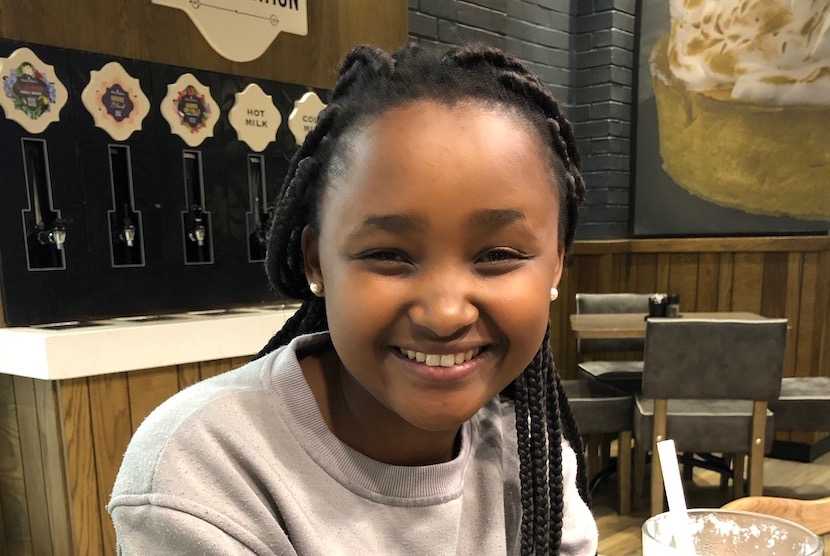 Her Xhosa first name means, “the one who shines light,” and Khanyisa Dyonashe, of Mdantsane near East London is doing those who named her proud. She grabbed the opportunity to join a novel school education intervention programme in her latter high school years, applied herself diligently to the maths and science it taught for three days each week, and is today a first-year actuarial science student at the University of Cape Town. Rising above the challenges of extremely low-income township living, she achieved 89% for both maths and science in matric in 2018, securing the privilege of choosing between the Universities of the Witwatersrand and the University of Cape Town, something few of her peers ever do, let alone secure a tuition slot. The incentivised program last year saw one Mdantsane matriculant achieve 100% in physical science, while another notched up 97% for maths and 99% for science. I’ve just completed interviewing 40 of the Discovery Foundation’s “Fellows”, clinician-scientists, academics, researchers and allied healthcare professionals hand-picked for major grants aimed at making an impact in the public healthcare sector. To a person, they ticked all the boxes Khanyisa has at her age, overcoming adversity and displaying what happens when you choose the Power of One to create Ubuntu. – Chris Bateman

Khanyisa Dyonashe is a bright young 17-year-old who embodies the hopes and dreams of a South African generation born free of the shackles of apartheid. And she’s a miracle worker too, having achieved an astonishing 89% for maths and science in matric in 2018, thanks partly to the financial backing of a company in a novel school education intervention programme.

Born into a modest family in Mdantsane, a township about 15 km from East London, Khanyisa rose above the challenges of everyday township living and the difficulty of notoriously under-resourced schools to come first in her matric class.  This year she began her degree in actuarial science – applying mathematical and statistical methods to assess risk in the finance and insurance industries – at the University of Cape Town after turning down a slot at Witwatersrand University for the same degree.

Actuarial science is particularly difficult to get into, and demands extremely high matric subject marks. The degree course, like many others of its calibre, has featured a predominantly white learner mix but this is beginning to change, thanks partly to high-school-level interventions by companies like multinational ICT solutions and services group Datatec, which funds the Mdantsane branch of Kutlwanong Promaths, a centres network throughout South Africa in previously disadvantaged communities.

Khanyisa was selected to attend the Kutlwanong Promaths programme in Mdantsane, which offers extra maths and science education to grade 10-12 learners from Friday to Sunday. “Over three years, Kutlwanong trebled my love for the subject and ultimately my potential. It made my love for maths far more rewarding, and it really pushed me to my limits,” says Khanyisa.

Khanyisa leaned on the emotional support of a loving family – her retired father, her housewife mom and her working sister – to get her through the fairly rigorous extra-tuition after-school programme. “I really wanted to do this for my parents, to make them proud, as they sacrificed a lot for me,” she says. On Friday afternoons, almost all day on Saturday and a final three-hour stint on Sundays, Khanyisa along with 120 other learners in four grade classes would take extra lessons at the Promaths centre.

The Promaths centres teach the maths and science curriculum, provide pre-packed lunches for students who require them, offer incentives for top performers who undertake routine tests, give career planning and guidance, and foster a culture of respect and mentorship. Promaths teachers are well-equipped and conviction-led to achieve the best from their learners.

“They tested frequently, which was really good practice for the final exams. For instance, my Promaths maths teacher collected exam papers from as far back as 2010, which enabled us to practise and answer questions from many different angles,” says Khanyisa. “The practising helped me understand difficult concepts and gave me the confidence I needed.”

Kutlwanong Promaths specifically seeks to instil in learners the need to take responsibility for their actions and behaviour and to be diligent in everything they do. They believe these life skills don’t just benefit learners’ studies but build character too. Khanyisa is quick to attest this: “Promaths didn’t just help us with our school work, it taught us how to conduct ourselves in front of others by being humble; we learnt to ask for and value the help of others when we battled with understanding certain things.”

With 30 learners from various township schools represented in each Promaths class, learners are given an opportunity to learn from their peers in other parts of the community. “This really motivated me, as there was a lot of brilliant people in the class,” says Khanyisa. “You may be the top learner at your school, but at Promaths there are top learners from other schools, so there’s healthy competition and this just pushed me further.”

Between the enthusiastic participation of the teachers and the incentives offered for high achievers, Khanyisa really got the most out of her Promaths experience. “We got taken out to movies or to dinner, and those of us who got an average of 90% or higher went to Cape Town for four days. We flew down, stayed at a nice hotel, visited Table Mountain and went on a red bus tour.  And I got to make new friends, some of whom I’m studying with this year at UCT.”

It’s those vital friendships and the Promaths university alumni programme that Khanyisa is now leaning on to get her through a gruelling first year in actuarial science. “The work is intense, so I call my mom when I need to, and I rely on my varsity friends for support.”

In a field typically dominated by men, more than a third of actuarial scientists in South Africa are women. Although historically skewed towards white, the numbers of African, Indian and coloured students applying to study are increasing, with most universities reporting that the majority of undergraduates studying the science today are black.

Khanyisa urges business owners or directors in large firms to seriously consider investing in solving the national crisis of a lack of skills in engineering, science and financial services. “Funding programmes like Promaths is a good investment, both for you as a business and for the country as well as it addresses a massive skills gap, especially amongst black professionals, in the financial services industry. Ultimately it will improve your business as well as the country’s economy. It’s a win-win for everyone.”