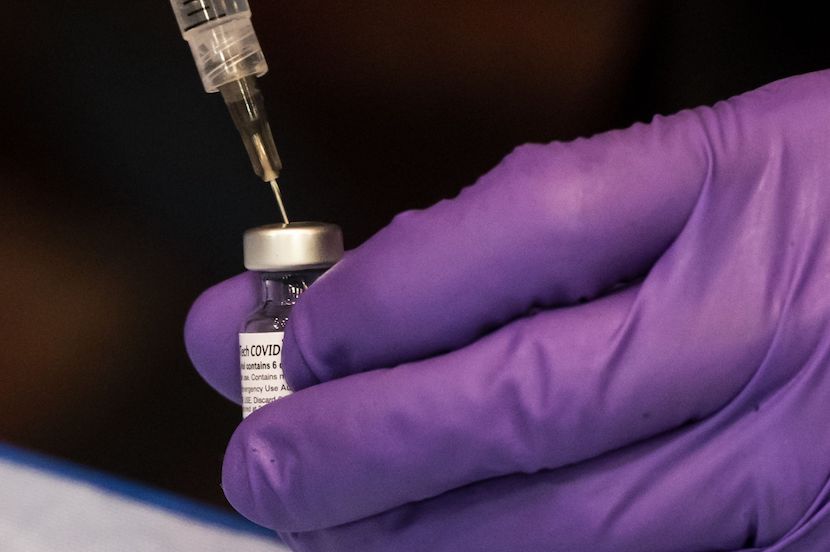 It’s time to rebuild South Africa’s economy while continuing with Covid-19 vaccinations, especially boosters for the more vulnerable among us – but the pandemic is now in its’ ‘convalescent’ phase. Most of us have strong hybrid immunity – which can be improved with booster vaccination – but the storm has passed, albeit with too much loss of life owing to the government’s initial bumbling. These are key conclusions of arguably South Africa’s top vaccinologist, Professor Shabir Madhi, speaking in The Conversation. Here is the hard data, shored up by his local and global peers and putting to bed, once and for all, the flu versus Covid-19 mortality debate (except for those whose belief systems clash with accepted science). The Medical Research Council’s excess mortality numbers since Covid-19 landed in SA is 300,000, three times higher than officially recorded Covid-19-attributable deaths. Seasonal flu kills at most 11,000 people. In 2019, TB killed 58,000, while deaths from HIV and its complications stand at 70,000. Go figure, or debate. Whatever. – Chris Bateman

New Covid-19 data: South Africa has arrived at the recovery stage of the pandemic

A recently published South African study set out to determine sero-positivity against SARS-CoV-2 before the fourth wave of Covid-19, in which the Omicron variant was dominant. Sero-positivity measures the presence of antibodies against the virus; it indicates past infection. The study focused on Gauteng, the country’s economic hub. Ozayr Patel asked Shabir Madhi to unpack the results and explain why the findings suggest that South Africa has reached a turning point in the pandemic.

The results show the levels of sero-positivity – in other words what percentage of people have antibodies to the virus – among just over 7,000 people from whom samples were taken. From these results the following rates were calculated:

Using the seroprevalence data, together with Covid-19 attributable deaths using excess mortality data from the South African Medical Research Council, the study was also able to impute the risk of dying following infection by SARS-CoV-2 prior to the Omicron wave in South Africa. This infection fatality risk for Covid-19 was 0.57% pre-Omicron in Gauteng. This is substantially higher than 0.019% imputed for seasonal flu, which infected one-third of the population each year pre-Covid-19, calculated using similar methods.

Vaccination coverage: We discovered high levels of hybrid immunity: that is immunity gained from a combination of previous infections plus vaccinations.

At the time of the onset of the Omicron wave, 36% of people in Gauteng had at least one dose of the vaccine. This was higher – 61% – in those over the age of 50. (This cohort was responsible for more than 80% of deaths pre-Omicron.)

Based on the sero-survey, 70% of vaccinated people were also infected pre-Omicron. Hence, they would have had substantial hybrid immunity, which has been shown to induce a broader repertoire of immune responses against the virus. Such hybrid immunity in South Africa has, however, come at the cost of loss of 300,000 lives based on South African Medical Research Council excess mortality estimates. These are three-fold higher than the official recorded number of deaths.

Based on another study, the hybrid immunity is expected to confer greater protection against infection and mild Covid-19 compared with immunity only from vaccine or natural infection.

Hospitalisations and death rates: Our study also analysed the temporal trends in Covid-19 cases, hospitalisations and deaths (recorded and Covid-19 attributable from excess mortality) from the start of the pandemic up until the tail end of the Omicron wave. The study found a massive decoupling between the number of people becoming infected with the virus relative to Covid-19 hospitalisation and death rates during the course of Omicron compared with earlier waves. This was true across all adult age groups.

The findings of decoupling of infections and severe or fatal Covid-19 were similar in the 50–59-year age group. In this group, the Omicron wave contributed to 15% of recorded Covid-19 hospitalisations and 2% of deaths since the start of pandemic. This compares with 46% of hospitalisations and 53% of deaths occurring in the third wave, dominated by Delta. The data for people over 60 years old was similar.

The survey also found that 58% of children under 12 years of age (all unvaccinated) were sero-positive. They were not more heavily affected during the Omicron wave.

In summary, the Omicron wave contributed to less than 5% of all Covid-19 deaths in Gauteng. Since the start of the pandemic, the Delta variant wave contributed to 50% of all of the deaths. The balance is split roughly equally between the first and second waves caused by ancestry and the Beta variant.

Our findings also show that natural infection has been high and is playing a major role in how the pandemic has unfolded especially in countries with low to moderate Covid-19 rollout. These high levels of infections have, however, resulted in a massive loss of lives; which to date is likely under-estimated in low- and middle-income countries as shown from the South African data.

What the findings tell us

The findings indicate South Africa is moving into the convalescent phase of the Covid-19 pandemic, the recovery phase. This is likely to be the same in other countries with low or modest vaccine uptake, but high force of past infections. As such, South Africa needs to recaliberate its approach to the pandemic and start managing it as we would do for other respiratory infections which too cause large number of hospitalisations and deaths.

There are still a few unknowns. Another resurgence is likely, and there might well be another variant. But it would be very surprising if further variants are able to evade the T-cell arm of the immune system, which is stimulated by vaccines and natural infection. The T-cell (cell mediated immunity) arm of the immune system appears to be the main mediator of protecting against severe Covid-19, even when there are breakthrough infections in vaccinated people or reinfections.

In South Africa about 10,000 to 11,000 people die of seasonal influenza every year. In 2019, tuberculosis killed 58,000 in 2019. But we are not declaring an emergency in South Africa to deal with flu or tuberculosis. Deaths from HIV, and complications from HIV, are about 70,000. But South Africa isn’t shutting down the country to prevent deaths and infections from these diseases.

Only 12% of people across the continent have received one dose of vaccination. The implications of our findings are that:

Campaigns should be focused primarily on high-risk groups, including getting over 90% of people over 50 years of age vaccinated before the next resurgence anticipated. This should be the focus rather than the current arbitrary target of vaccinating 40–70% of the population.

Our findings support the optimism expressed at the beginning of 2022 in South Africa that a turning point had been reached in the pandemic. Many in high-income countries dismissed this view as not applicable to their settings despite high vaccine coverage. But their experience has since generally aligned with South Africa’s.

Lastly, better Covid-19 vaccines are required. But the world is no longer at ‘code red’. And it’s time to rebuild livelihoods, economies and all other facets of life that were affected over the past two years. This is particularly true in fragile low- and middle-income countries.