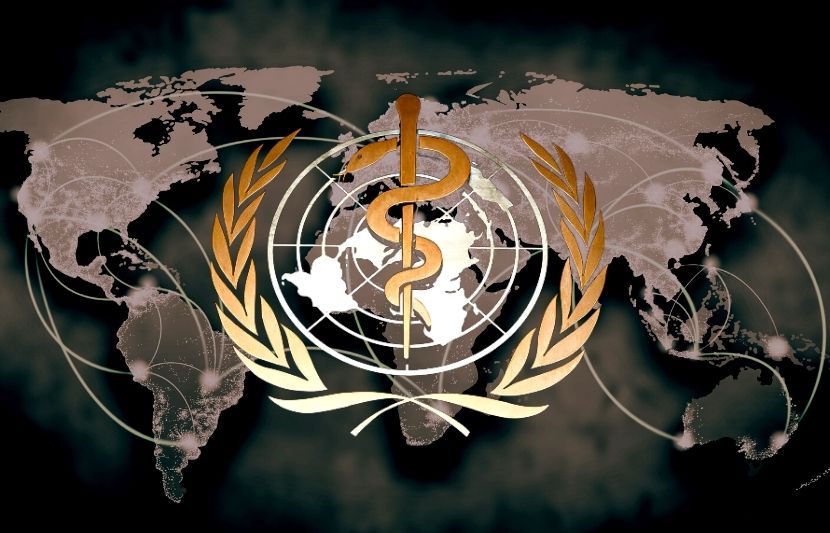 To understand the implications of the proposed global World Health Organisation treaty, it is important to provide some context of what the WHO started out as… and how far it has strayed from its founding principles. Coming into force in 1947, after defeating fascism and the death-throes of the old imperial world order, the new body was centred on a positive, holistic view of health. A virtuous goal, which the organisation has recently betrayed. David Bell, a clinical and public health physician with a PhD in population health and background in internal medicine, modelling and epidemiology of infectious diseases, summed up the insidious incapability of the WHO’s response to Covid-19 when he stated: “The shift to lockdowns was unprecedented, while the idea of mass vaccinations in response to a pandemic, to be rolled out worldwide, had grown slowly as a policy response only in the first decades of the 21st century. In contrast, low-cost treatment and re-purposing of existing drugs, of particular interest to low-income populations, received little attention from the WHO. The proposed global treaty, which South Africa for some incomprehensible reason is in support of, epitomises a centralised top-down approach to health which cannot possibly be effective. Health regulation is not, and cannot be a one-size-fits-all policy. – Nadya Swart

SA wants a WHO Pandemic Treaty

In the wake of devastating Covid-19 lockdowns, South Africa is supporting a global treaty that would give the WHO far-reaching powers to respond to health emergencies.

When Covid-19 struck, people round the world panicked and governments responded in kind. They promptly banned international travel, shut down their economies, and placed citizens under house arrest. In many countries, like the UK, the hardline approach was taken after a public outcry over a much more measured strategy. People wanted to be locked down.

Yet, none of that was recommended by the World Health Organisation (WHO). None of that was mandated by the International Health Regulations (IHR) of 2005, as amended. The World Health Organisation stood by, however, tacitly approving all these measures, watching the mounting disaster for more than six months. In June 2020, a senior WHO official said: “Strict lockdown measures in the spring and early summer yielded good results. Our efforts, our sacrifices paid off.”

It wasn’t until October 2020 that the organisation finally came out with an unequivocal denunciation of lockdowns as a “ghastly global catastrophe”, since their only consequence is to “make poor people an awful lot poorer”. Lockdowns, the WHO said, are justified only as a temporary means to buy time to reorganise, regroup, rebalance resources and protect exhausted health workers.

Similarly, it advocated against travel bans, saying they couldn’t possibly be effective in well-connected countries, nor make much difference in countries where the virus was already spreading. The only exception it would consider was for small countries without many outside connections, at the start of a pandemic when local transmission has not yet occurred, and then only for a few days to ready the public healthcare response.

So, perhaps the WHO should have been in charge of national public health responses to Covid-19.

In an effort to remedy these and other concerns, such as the inequitable global distribution of vaccines, the WHO has proposed – and South Africa is supporting – “a new international treaty for pandemic preparedness and response”, which would build and improve on the IHR.

A draft will be available later this year, and a final treaty is scheduled for 2024. The proposal was supported by two dozen heads of government, mostly from Africa and Europe, including powerful nations such as the UK, France and Germany.

Last year, I wrote an extended critique of the WHO (read parts one, two, three and four here), in which I concluded that the organisation ought to return to its roots and focus on combating infectious diseases, instead of expanding its authoritarian approach to so-called ‘lifestyle diseases’.

Protecting citizens from infectious diseases has always struck me as a legitimate purpose of a small and limited government, and responding to outbreaks that cross borders does require international co-operation. So, from that perspective, a ‘treaty for pandemic preparedness and response’, as those heads of government called it, seems like an excellent idea. After all, national governments have just demonstrated that they cannot be trusted with their own pandemic response. They evidently need a calmly negotiated treaty to bind them to scientifically justified response measures.

However, a treaty for pandemic preparedness and response isn’t all this proposal entails. It turns out it’s a wolf in sheep’s clothing. As the heads of government say in their communiqué, the main goal of the treaty would be ‘to foster an all-of-government and all-of-society approach’. That is the definition of totalitarianism.

They consider immunisation to be a global public good (meaning, the province of government), and are “committed to ensuring universal and equitable access to safe, efficacious and affordable vaccines, medicines and diagnostics for this and future pandemics”.

The only way this can be achieved is through nationalising private healthcare producers, expropriating their products and intellectual property, or coercing them to manufacture the required vaccines, medicines and diagnostics.

As a consequence, fewer (if any) private companies will take the risk of producing pandemic vaccines at all. As a consequence, we’ll have universal and equitable access to a global shortage of vaccines.

The heads of government say there will be “other pandemics and other major health emergencies”. So it’s not limited to pandemic preparedness and response, as they claim. What other major health emergencies do they have in mind? Could the WHO declare an obesity emergency in South Africa and force the government to take draconian steps to combat it?

They say it would also include recognition of a One Health approach that connects the health of humans, animals and our planet.

Wait… they want pandemic response to include animal rights and climate change policy? This isn’t scope creep. This is the Charge of the Left Brigade.

A glance at the report of the member states snappily titled ‘Working Group on Strengthening WHO Preparedness and Response to Health Emergencies’ to the special session of the World Health Assembly by its director-general Dr Tedros Adhanom Ghebreyesus, confirms all of these fears, and a few more.

The report includes a reference to financing the WHO, despite the fact that its current budget is extremely inefficiently spent, with as much as 70% going just to maintaining a global network of offices and staff.

The organisation has also been criticised for its lavish conferences and the excessive salaries of its staff. Per capita, WHO employees receive $133,000 per year, accounting for 40% of total expenditure. That is twice the per capita income in the US, and 23 times the per capita income in South Africa. A treaty that locks in additional financing should be predicated on a drastic reduction in the WHO’s salary and office overheads.

The report also extends to pushing for socialist universal healthcare in all signatory countries, so it would bind South Africa by law to go ahead with the ANC’s ill-considered National Health Insurance scheme. Forcing incapable and corrupt governments to become responsible for critical services like healthcare is a recipe for worse, not better, health services.

It ominously talks about “structural solutions to promote a whole-of-government and whole-of-society approach to pandemic prevention, preparedness and response”, which sounds like building the capability for totalitarian rule. It also seeks “national and global co-ordinated actions to address the misinformation, disinformation and stigmatisation that undermine public health”.

While it is true misinformation is dangerous and even deadly, the notion of putting governments in charge of deciding what is and isn’t true is laughable. Witness our own government’s attempts to justify banning open-toed shoes, cigarettes and can openers during the initial pandemic response.

With a treaty that makes the government responsible for policing misinformation, it wouldn’t have been possible for anyone to criticise the government’s response, or dispute the scientific basis of government decisions.

In essence, the proposed WHO treaty would heartily approve of the National Coronavirus Command Council that South Africa established and would want to extend its powers to include censoring journalism and social media, nationalising private healthcare insurance, taking totalitarian action against non-infectious diseases such as diabetes and heart disease, dictating policy on climate change and other environmental issues, and raising taxes to fund WHO employees’ lavish lifestyles.

A vastly trimmed-down version of the proposed treaty, that would function only to achieve co-ordinated global pandemic response, would not be such a bad idea.

The risk of ceding sovereign powers to supra-national organisations such as the WHO, however, should be clear just in the wording of this proposal. Give them a finger, and they’ll take your entire arm. Their purpose goes very far beyond pandemic preparedness and response, and seeks to advance the cause of international socialism instead.

That, we must resist.