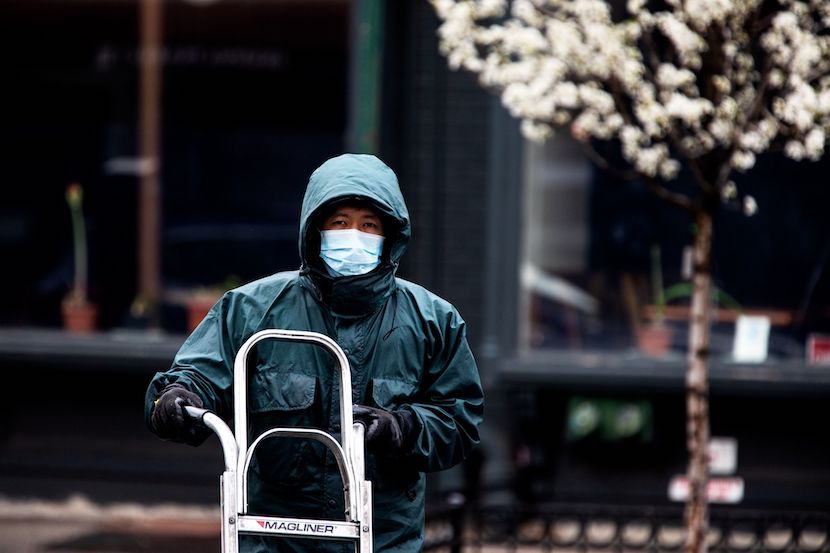 Here we have it, from no less a prestigious body than the IMF; quickly-implemented hard lockdowns world-wide reduced Covid-19 fatalities by up to 90% and saved hundreds of thousands of lives. The IMF emphasises that fighting the epidemic is a necessity for economies to rebound, adding that the course of the global health crisis and the fate of the global economy are inseparably intertwined. Their research indicates that lockdown impacts were stronger in countries where colder weather during the outbreak resulted in higher infection rates, and where more elderly populations steepened the infection and fatality curves. It almost goes without saying, (though the IMF does), that strong health systems and lower population densities enhance the efficacy of containment and mitigation measures. Vietnam and New Zealand, as you’ll read, were poster countries for specific containment measures, with average infections and deaths reduced by well above 90%. Does that mean that they banned sales of certain clothes, harshly restricted open exercise hours and closed off liquor and cigarette outlets? Not actually; they kept their regulations purpose-specific; infection containment, as our courts are now saying some cabinet ministers failed to do with several regulations. The question then obviously becomes, why? – Chris Bateman

How the Great Lockdown saved lives

Since the COVID-19 outbreak was first reported in Wuhan, China in late December 2019, the disease has spread to more than 200 countries and territories. In the absence of a vaccine or effective treatment, governments worldwide have responded by implementing unprecedented containment and mitigation measures—the Great Lockdown. This in turn has resulted in large short-term economic losses, and a decline in global economic activity not seen since the Great Depression. Did it work? 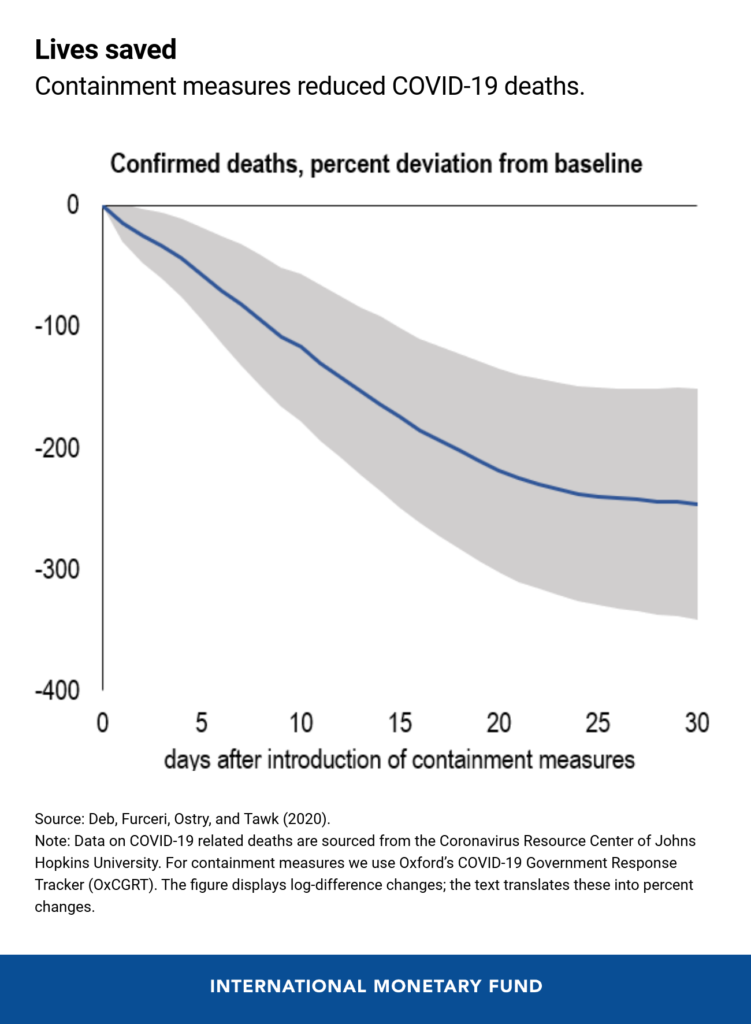 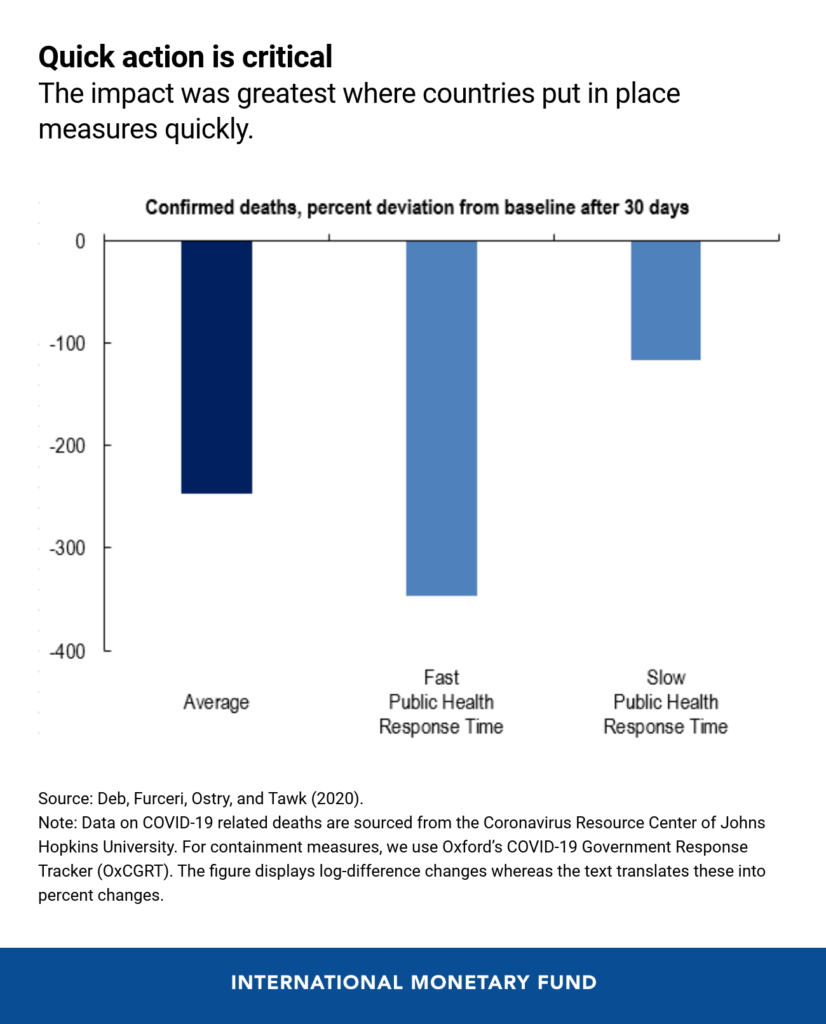 The effect of containment measures also varied depending on variations in country and social characteristics. The impacts were stronger in countries where colder weather during the outbreak produced higher infection rates, and where the population was older and hence more vulnerable to infection. On the other hand, having a strong health system and lower population density enhanced the effectiveness of containment and mitigation strategies by making them easier to implement and enforce. How civil society responded to de jure restrictions mattered as well. Countries where lockdown measures resulted in less mobility, and therefore more social distancing, saw a greater reduction in the number of COVID-19 infections and deaths. 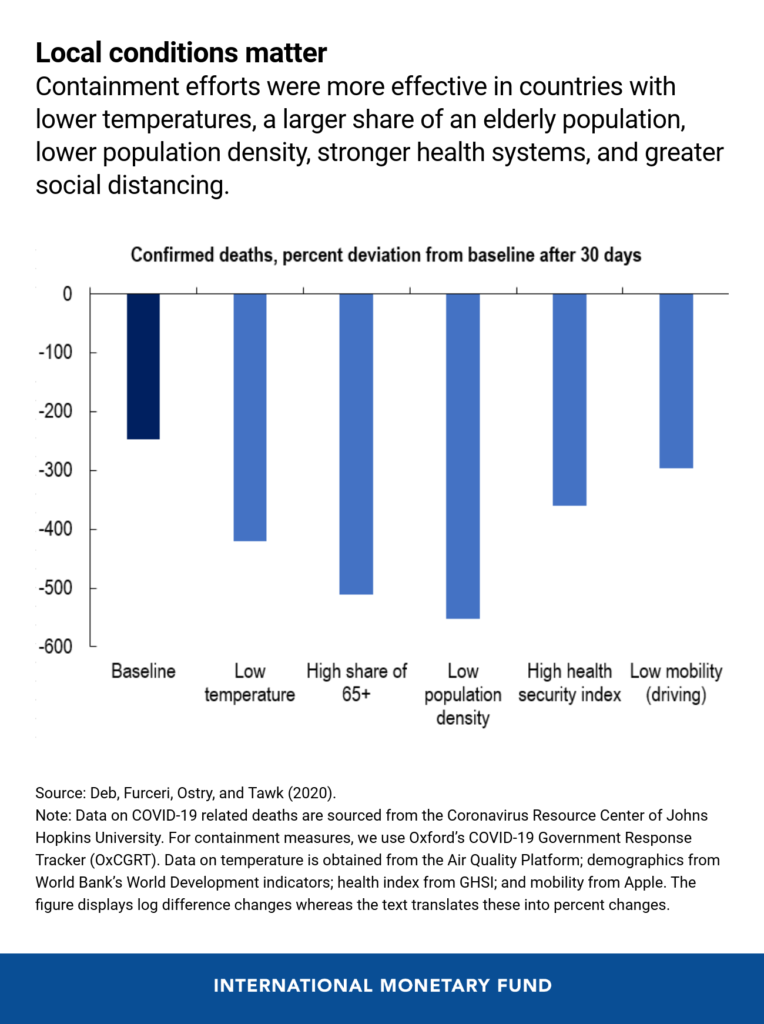 Finally, we explored whether the effect of containment varies across types of measure. Many of these measures were introduced simultaneously as part of the country’s response to limit the spread of the virus, making it challenging to identify the most effective measure. Nevertheless, our results suggest that while all measures have contributed to significantly reduce the number of COVID-19 cases and deaths, stay-at-home orders appear to have been relatively more effective.

Our empirical estimates provide a reasonable assessment of the causal effect of containment policies on infections and deaths, giving us comfort that the Great Lockdown, despite its enormous short-term economic costs, has saved hundreds of thousands of lives. Ultimately, the course of the global health crisis and the fate of the global economy are inseparably intertwined—fighting the pandemic is a necessity for the economy to rebound.