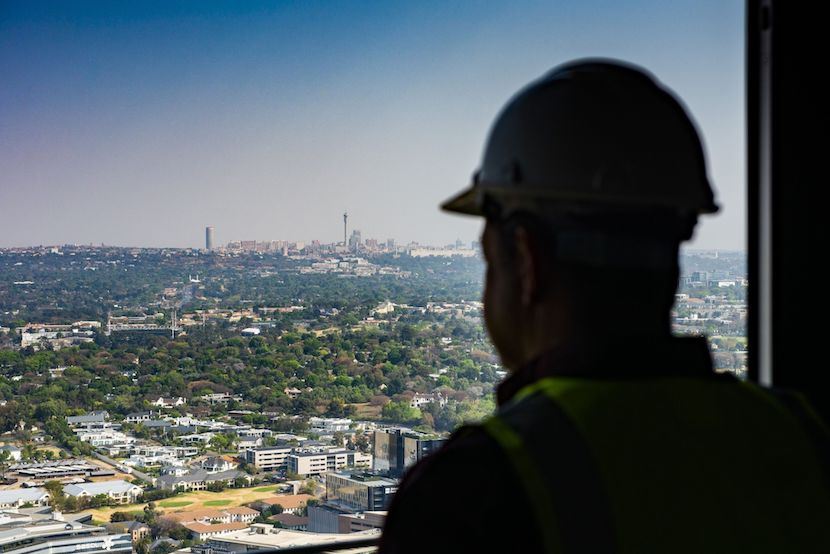 According to experts in many fields, Africa has been more resilient than expected during the Coronavirus pandemic. The continent has a relatively young population which has kept the survival rate high. Strict lockdowns and co-operation between neighbouring countries has slowed the spread, which many expected to be far more devastating. The continent’s technology companies have leapfrogged international competitors as digitisation has exploded on the continent. International investors have taken note of the resourcefulness and innovation that has driven African entrepreneurs since long before the virus reached our shores. Covid-19 has given the African continent a chance to showcase its gems. One of our stars is Cartrack, the Johannesburg-based software maker that collects vehicle data transmitted while driving. Its share price has risen more than 70% in 2020. – Melani Nathan

By Matthew A. Winkler

(Bloomberg Opinion) — When all is said and done in 2020, African economies will probably have outperformed the rest of the world during the coronavirus pandemic. Africa’s 54 countries now include seven of the globe’s 10 fastest-growing economies, in part because the lethal virus may have improved their competitive advantage as they accelerated their decade-long transformation from exporters of natural resources to hubs of wireless, remotely engaged commerce.

The transition to technology-driven, 21st-century business in a region where people are younger than anywhere else is reflected in the changing landscape of the 1,300 publicly traded companies that make up corporate Africa. Communications firms have become a robust presence, making up 29% of the total market capitalisation of the continent in 2020 compared to 13% a decade earlier, according to data compiled by Bloomberg. Materials and energy, the region’s benchmarks since colonial times, declined to 23% from 34% during the same period.

Africa has held off the Covid-19 assault better than many developing regions. The coronavirus had receded by mid-November in some of the continent’s largest countries — South Africa, Nigeria and Ethiopia — to their lowest levels since April or May, according to data compiled by the Johns Hopkins Bloomberg School of Public Health.

In contrast, Mexico earlier this month became the fourth country to exceed 100,000 confirmed Covid-19 deaths behind the U.S. (257,929), Brazil (169,485) and India (134,218) amid a recent global virus resurgence. South Africa, Africa’s sixth-most populous country, suffered 20,968 deaths among its 767,759 Covid-19 cases.The economies of Ethiopia, Uganda, Ivory Coast, Egypt, Ghana, Rwanda and Kenya withstood the economic impact of the pandemic so successfully that they were among the world’s 10 fastest-growing in 2020.

At least five of them are expected to remain in that elite growth club through 2022, according to forecasts by economists compiled by Bloomberg during the past three months. Two years ago, Africa included only three of the best performers and in 2015 it had four.

Shares of sub-Saharan Africa’s 200 largest public companies have appreciated 13% this year as the comparable emerging-market index gained 12% and the more risky frontier-market benchmark lost 3%, according to data compiled by Bloomberg. Corporate Africa advanced 78% during the past two years as the emerging market advanced 33% and the frontier market gained 12%. The same 200 African firms appreciated 324% over five years as the emerging market rallied 67% and the frontier market rose 27%.

Africa’s commodity-related companies led all industries with a 188% two-year total return (income plus appreciation) that dwarfed the 37% of global peers, and its nascent technology sector returned 123% when the comparable global benchmark climbed 92%.

The tech stars include Cartrack Holdings Limited, the Johannesburg-based software maker that collects vehicle data transmitted while driving, giving users safety and performance intelligence; its share price has risen 76% so far in 2020. CBZ Holdings Limited, the Harare, Zimbabwe-based bank with a burgeoning digital business, was 11 times more valuable this year than last. MTN Nigeria Communications PLC, the Lagos, Nigeria-based telecommunications service benefiting especially from Covid-19 lockdowns, has rallied 58% in 2020; the rest of global telecom was down 1%.

Nigeria has had the world’s best-performing shares this year. Among the world’s 93 major equity markets, the Nigerian Stock Exchange All Share Index of 153 companies was No. 1 with a 27% total return, according to data compiled by Bloomberg. Communications, accounting for 28% of the index this year, up from less than 1% in 2015, gained 68%, surpassing No. 2 health care.

That’s a taste of the best likely to come for investors in African companies. Global X MSCI Nigeria, the largest exchange-traded fund in assets invested in the country, has the greatest discount of 32%, which is a record since the fund’s inception in 2013. Translation: More than 20 Nigerian companies in this ETF appreciated much faster than their global peers, to the point where they are grossly undervalued.

Just as investors snapped up the U.S. companies enabling people to work and play remotely, a similar trend is unfolding across the Atlantic. The global pandemic is everyone’s problem. It’s proving to be a profit opportunity in Africa.