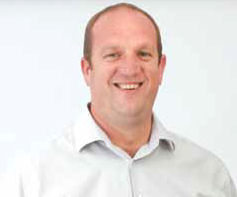 Crown Mines in the south of Johannesburg is best known today for its golf course. But in the early years of the last century it was the highest producing gold mine on earth. Alongside other rich operations like CMR, Village Main and Simmer & Jack, its name was known by investors all over the world. But once the rich seams had given up their treasure, gold miners moved on to other parts of the Wits Basin. By 1970, the workings under the south of Johannesburg had ended. With the pumps turned off, underground water reclaimed the once busy stopes. Back then the gold’s price was fixed at $35 an ounce. But ever since US President Richard Nixon’s famous decoupling in 1971 allowed the bullion price to rise to market related levels, gold bugs wondered when someone would go back to pick up all the now theoretically economic gold in the old workings. Most recently Central Rand Gold (CRG), which in 2007 raised a staggering R1.5bn from mainly

British and European investors on its dream of turning Johannesburg back into the City of Gold. But one disaster after another hit the company, mostly self-inflicted. It got so bad that in 2011 the SA Government revoked CRG’s mining rights. But under its CEO, combative ex-BHPBilliton executive Johan du Toit who took over as the proverbial hit in 2008, the company never gave up. Hundreds of millions had been spent on proving gold which old timers left behind can now be  economically extracted. So Du Toit took the Government in court and won back the mining rights. And this week a Chinese consortium listened to his pitch and promised to provide a lifeline of $7.25m in return for an effective 72% shareholding. CRG is, phoenix like, rising from the ashes of its sorry past. If nothing else, Du Toit, a big man with an even bigger heart, is a tryer. And as the baseball legend Babe Ruth put it “you just can’t beat the person who won’t give up.” – AH

ALEC HOGG: The worst performing share on the JSE over the last five years is unquestionably Central Rand Gold. Worst, that is, if you exclude those companies that have actually gone bust. So Johan du Toit, the Chief Executive of Central Rand Gold is with us in the studio. He’s got to be one of the bravest men on earth but I guess you stuck with it, Johan. Let’s just give a few of the details. This was a company that raised £100M from investors in 2007. If you bought shares in the company and paid R10 000.00 for those shares, today they’re worth R15.62. But you’ve stuck with it and you’re still here and you’re still smiling. The last time we saw you, was on Carte Blanche I think – some investigative story. What makes a man stick with a company like this?

JOHAN DU TOIT: Ja, I’m not quite sure if it’s stupidity or what it is, but it’s still a great project. The gold is there. I think the one question that’s never been debated is ‘is there still gold left behind?’ and yeah, we’ve had our mistakes and things haven’t happened but the gold’s still there and the challenge for us as a company has always been ‘how do we get it out?’

ALEC HOGG: Say there’s gold that’s left behind: this is south of Johannesburg underneath a band from perhaps Soweto all the way through Crown Mines to CMR. So people who live in the city will understand where it is.

ALEC HOGG: But its an area that’s been mined for a hundred years.

JOHAN DU TOIT: They mined the good stuff and really, all that’s happened is there’s no conspiracy theory around why they left the gold behind. They left the reefs behind that were uneconomical at the time. Alec, they stopped mining in the 70’s so a reef package which is the Main Reef package was left behind. They took the Main Reef. The Leader was running 20 to 30 grams per ton. The three to six grams per ton in the 70’s was uneconomical and that was left behind. This is really our target as a company. Now it’s not easy mining, and these are areas exactly as you said, they have been mined before. So you sit with variable ground conditions underground. That’s why it’s taken us a little bit longer to figure out how to mine it. Slowly but surely, we’re kind of ticking the boxes, so we’ve stuck at it because we think it’s there. Value can still be created from this project.

ALEC HOGG: So there’s gold there. There’s a lot of water as well.

JOHAN DU TOIT: Water – that will be protected. There’s a plan on the table with government and ourselves, to de-water

the basin and protect it . The project’s there. Government’s currently building the pump station, which will allow us to keep the water down to about 450 metres below surface. There’s about 4.5 million ounces of gold that is above 450 metres and that’s really what we’ll be targeting as a company.

ALEC HOGG: I guess the problem is that it (the company’s prospects) was oversold back in 2007.

ALEC HOGG: You also had some strange partners: Kenny Kunene and Gayton McKenzie. Goodness, what got you to bring those to the party?

JOHAN DU TOIT: Ja. Look, they helped out at the time. They were there at the time to help, recognising the company was really Australian-based. They started off Australian. So they were looking for people in South Africa to help them with complex things like mining rights and all the rest. They did their job at the time and left the company – over two years now and they haven’t been part of the company since.

ALEC HOGG: The good news is; you’ve found somebody who’s interested in funding the project. They’re from China. (Redstone Capital)

ALEC HOGG: Where did you find them?

JOHAN DU TOIT: Well, they’ve been around looking for projects and they’ve shown interest. We were fairly open that over the last 12 months because we will be looking for more money to explore and expand the operation. They were one of the groups that came and had a look and saw value in the project. We were lucky in this environment, where gold, juniors and mining is not the flavour of the month They’ve invested $7.25M in the company.

JOHAN DU TOIT: Well, that gives us a starting point to fix up the metallurgical plant which has been our biggest pain over the last 12 months and the reason we’ve struggled to convert the gold that we’ve been mining. The mining is actually going very well and we’re really happy with the methodology. We’re getting more and more confident on the underground. We just can’t convert that into gold through the metallurgical plants that we have now.

ALEC HOGG: So you’re having to send the ore to someone else.

JOHAN DU TOIT: So we’re having to toll-treat it.

ALEC HOGG: How expensive is that?

JOHAN DU TOIT: That’s quite expensive. Its most probably double what it should cost, but at least it brings some cash-flow into the company. So the intent of the company is to utilise some of that money to be able to process all our own ore and then at least you’ve got a fighting chance to survive in this environment. So we have, in our announcement, said that we’ll be going to our shareholders once we’re on the AIM board, to raise more money – about $5M. A bit will be used for growth, but also to improve the confidence levels in some of the resource areas. Now we’ve got some really interesting new areas that we can bring into production as well over the next few years. We want to improve the confidence levels there.

ALEC HOGG: Again, the problem is that whatever you say now is going to be viewed with a certain amount of circumspection by investors. By this stage you should have been producing a million ounces of gold by 2012 – last year. And last year you produced…how much was it?

ALEC HOGG: A long way from a million.

JOHAN DU TOIT: Yes. As a company I think we reset that in 2010. Remember we did go out in 2010 to raise more money, and at that point we said ‘guys, we’re not going to be able to achieve this. This is not working. This is based on certain assumptions that didn’t materialise’. So I think in 2010 we did reset that position.