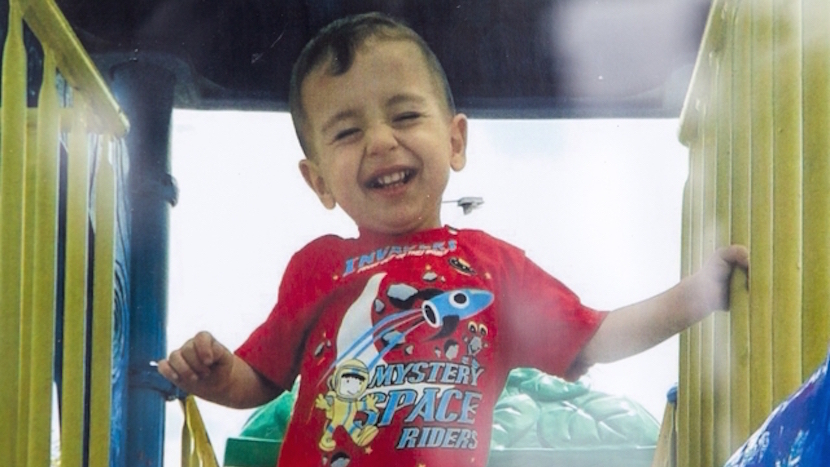 The Syrian refugee crisis suddenly has a human face. And the impact is sweeping Europe with a ferocity that’s forcing distracted politicians to pay attention to the human tragedy on their doorstep. Hundreds of thousands of Syrians have been killed in the lengthy civil war between an oppressive leader and his unyielding opponents. Yet it was this week’s pictures of drowned three year old Aylan Kurdi’s body on a Turkish beach which has captured the reality of this human tragedy. As outrage grows, attention is sure to widen to include Africa’s equally tragic refugee crisis – and those “Big Men” whose actions have created it. Leading the pack is Sudanese President Omar al-Bashir, the Butcher of Darfur, who enjoyed a high profile meeting yesterday with SA President Jacob Zuma on the fringes of Beijing’s World War Two victory celebrations. After the recent furore over al-Bashir’s visit to Johannesburg, you’d have expected Zuma to be more discreet than trumpet their discussions through an official communique from the President’s office (see below). Whatever his motivation, Zuma’s timing sucks. Or was this simply another deliberate thrust of his famous middle finger? – Alec Hogg

By Danny Kemp of Agence France-Presse

European Union foreign ministers were set to meet Friday to discuss the continent’s escalating migrant crisis, after the father of a Syrian toddler found dead on a beach spoke of how his children “slipped through my hands” as their boat sank.

The heartbreaking images of three-year-old Aylan Kurdi lying dead in the surf have ramped up pressure on political leaders to address Europe’s worst refugee crisis since World War II.

As politicians squabbled over how many refugees each country should take, an ugly standoff in Hungary underscored the plight of desperate people fleeing conflict in Syria.

In the town of Biscke, police halted a train carrying hundreds of refugees hoping to get to the Austrian border.

An estimated 200 to 300 people refused to get onto buses that state news agency MTI reported would take them to a nearby processing camp.

Furious at their treatment and feeling they had been tricked onto the train, they began chanting “Germany! Germany!” — their intended destination after a treacherous journey of hundreds of kilometres (miles).

Others held placards with the words “SOS” and “Help!”. “I need to go to Germany for life,” read another, held by a child. Police handed out water bottles but some of the migrants poured the water onto the ground in disgust.

With tensions growing in Europe over how to handle the spiralling crisis, France and Germany said they had agreed the EU should now require member states to take in a minimum number of migrants.

“We agree that… we need binding quotas within the European Union to share the burden. That is the principle of solidarity,” German Chancellor Angela Merkel told reporters during a visit to the Swiss capital.

European Commission President Jean-Claude Juncker will next week unveil a plan for the relocation of at least 120,000 more refugees to ease the burden on frontline EU nations Greece, Italy and Hungary, a European source told AFP.

EU president Donald Tusk also called on member states to share the resettlement of at least 100,000 refugees — far above the current agreement for 32,000.

Foreign ministers from the European Union are scheduled to meet later Friday to discuss the issue.

In Britain, newspapers reported Prime Minister David Cameron was preparing to respond to growing pressure to accept a bigger share of refugees, by accepting thousands directly from UN camps on the border with Syria.

“Final details of the numbers, funding and planned location are being urgently thrashed out in Whitehall,” the Guardian cited government sources as saying.

Cameron earlier promised the country would fulfil its “moral responsibilities”, after having only accepted 216 Syrian refugees over the past year. He said the numbers allowed would be kept “under review”.

The human cost of the migrant crisis has been brought into sharp focus by the drowning of little Aylan.

His father Abdullah Kurdi on Thursday told of the horrific moments when the family of four was tipped into the Mediterranean off Turkey’s coast.

“I was holding my wife’s hand. But my children slipped through my hands. We tried to cling to the small boat, but it was deflating. It was dark and everyone was screaming,” he told Turkey’s Dogan news agency.

Reports said the child — one of at least 12 Syrians who died when their boats sank trying to reach Greece — and his family were trying to get to Canada from the Syrian flashpoint of Kobane after fleeing to Turkey last year to escape Islamic State extremists.

Canada denied it had received an asylum request from the boy’s family.

The picture of Aylan’s lifeless body, face-down on the sand sent shock waves across social media and dominated front pages around the world.

“European countries, which turned the Mediterranean Sea — the cradle of ancient civilisations — into a migrant cemetery are party to the crime that takes place when each refugee loses their life,” he said in a speech.

Turkey is host to 1.8 million refugees from the conflict in neighbouring Syria.

On a visit to Greece, which has seen the largest number of migrant arrivals in the EU, European Commission Vice-President Frans Timmermans said Europe was facing an “unprecedented humanitarian and political crisis”.

Europe is facing a huge influx on all sides, with more than 350,000 people crossing the Mediterranean in flimsy boats this year alone, the International Organisation for Migration says.

From the SA Presidency

President Jacob Zuma has today, 03 September 2015, met with President Omar Al-Bashir of the Republic of the Sudan to discuss strengthening relations between South Africa and Sudan, on the margins of the 70th Anniversary of the Victory of the Chinese Peoples’ War of Resistance against Japanese Aggression and the World Anti-Fascist War, taking place in Beijing, in The Peoples’ Republic China.

South Africa and Sudan enjoy warm bilateral relations. Sixteen bilateral agreements have been concluded between the two countries to date.

The recent official engagement between the two countries took place in February 2015, at the level of a Presidential Working Visit by President Zuma.

Today, the two leaders recommitted themselves to elevating the bilateral Joint Co-operation Commission (JCC) to a Ministerial level.

Earlier in the day the President joined other Heads of State in attending the victory celebrations.

Issued by: The Presidency