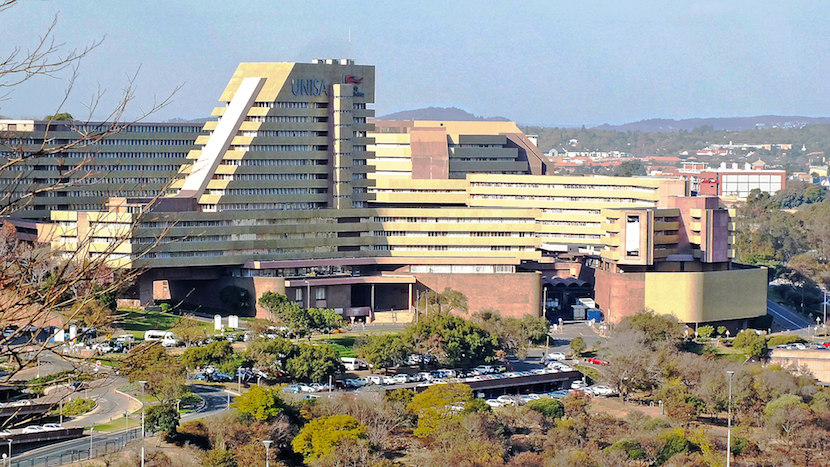 Public protector Thuli Madonsela has not only shown great leadership qualities but also a tenacity to keep on pushing. Yesterday’s victory in the Supreme Court of Appeal was yet another feather in the cap of Madonsela. But the kudos don’t stop there, last night saw Unisa’s Graduate School of Business Leadership award her the Leadership Practice Award. She joins the likes of Trevor Manuel, Cyril Rampahosa, Alan Knott-Craig and Clem Sunter, who have been awarded previously. Yet another bright spot on South Africa’s youthful Democracy. – Stuart Lowman

‘Gracefully anchored’ was the appropriate theme of the flagship event dinner at which Advocate Thuli Madonsela, South Africa’s Public Protector, was awarded the 22nd Unisa Graduate School of Business Leadership (SBL) Leadership in Practice Award (LIP). Business, academic and public sector leaders gathered in Midrand on 8 October for the presentation of this prestigious award, which recognises exceptional South Africans who have demonstrated impeccable leadership skills.

“The SBL is proud to recognise Advocate Madonsela as a woman in leadership who embodies strength, integrity, character and courage,” says Dr Renosi Mokate, Unisa SBL Executive Director and CEO. “She is more than our Public Protector, she anchors us in truth as a leadership symbol for South Africa’s moral transformation. Thuli Madonsela is a servant leader who, without fear or favour, protects the rainbow nation. Her strong leadership presence and grace under pressure has contributed to her success, the respect she commands from all quarters and the impact she has on the political sphere. Driven by fairness and compassion, she gives ordinary citizens a voice, while giving leaders a conscience.”

Each year SBL alumni and a panel of SBL experts select an award recipient who has demonstrated outstanding leadership and visionary qualities in multiple spheres of society.   “The panel considers the nominee’s business or political achievements and particularly the value these achievements have added to society,” says Dr Mokate. “While these achievements are often the visible elements of leadership, intangible qualities are equally key motivators in the awarding of this honour—such as the crafting of visionary insights, capability to shift others’ paradigms, shaping of core values and the ability to influence and inspire people. We believe Thuli Madonsela excels in all these areas.”

Read also: Madonsela: No, I won’t stand for President

Advocate Madonsela forfeited a Harvard scholarship to focus on her role in drafting South Africa’s constitution and has held various senior positions in government and civil society.  The third Public Protector and first woman to occupy the position, Advocate Madonsela was appointed by the President on 15 October 2009 following a unanimous vote by all parties. Since she took office, the Public Protector as a constitutional institution has tackled tough questions and has received unprecedented national and international recognition, which has included her being recognized by Time Magazine as one of the world’s most influential people in 2014.

When accepting the award, Advocate Madonsela acknowledged the efforts and leadership of the entire Public Protector Office and team. “We are a very small team with a very big mission. Today the Supreme Court of Appeal’s dismissal of the SABC COO’s bid against suspension, shows that we are the nation’s watchdog- with teeth. We see ourselves as a makhadzi, whispering truth to power.” Madonsela also spoke on her views on ethical leadership: ”Without ethics-centred leadership in government and society, all of the things promised by our constitution are a pipe-dream. We must do the right thing, the right way, for the right reasons all of the time. The South Africa we want, the peaceful world we want, needs ethical leaders.”

Madonsela thanked the SBL, adding that an award like this affirms the work of the Public Protectors Office. “Thank you to the SBL for its kindness in recognising our efforts.”