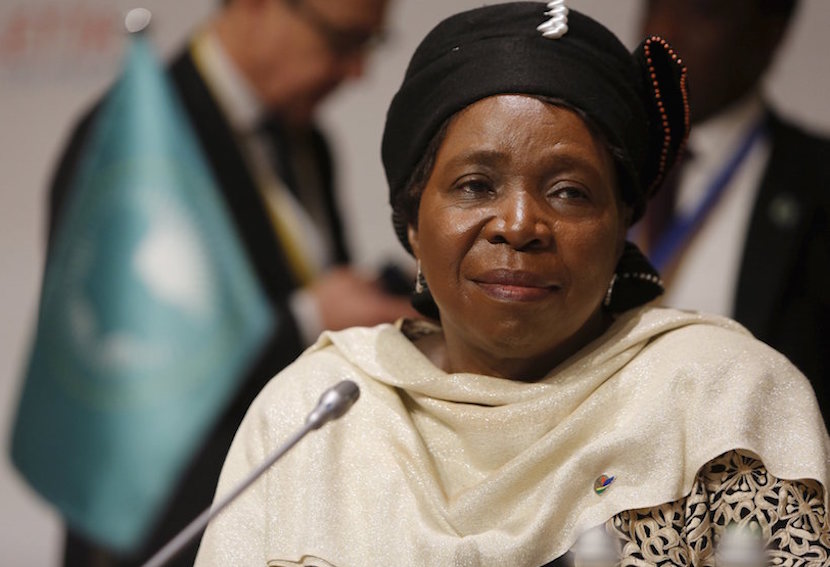 From the outside, Cyril Ramaphosa looked like a certain bet. He was groomed during the 90’s negotiations and has since developed the business side of things. He’s also occupied the deputy position, which seems straight forward. But then again this is politics and there have been murmurs that Zuma’s ex-wife Nkosazana Dlamini is also up for the fight. Given the report below, she has apparently edged Ramaphosa as the new frontrunner, with the president apparently favouring her. It has also highlighted key divisions in the party. 2019 is still 3 years away and the rivalry is sure to deepen. There are also concerns that President Zuma may look to extend his term, which would make all the in-fighting null and void. – Stuart Lowman

His ex-wife, African Union head Nkosazana Dlamini-Zuma, has just edged ahead of the front-runner, deputy president Cyril Ramaphosa, after a vote in the ANC’s Zulu heartland swung in her favour, exposing rifts in the ruling alliance with the South African Communist Party (SACP) and trade union group, COSATU.

Zuma, who is expected to stay president until a 2019 election and is likely to be influential behind the scenes in picking a new ANC leader at a conference in 2017, is expected to support Dlamini-Zuma.

But Ramaphosa, who as vice president was assumed to be the incumbent to the position, has the support of powerful business lobbies and possibly of the ANC secretary-general.

“The provincial election has exposed two clear factions: one behind Dlamini-Zuma and the other supporting Ramaphosa,” said political analyst Nic Borain.

Neither Dlamini-Zuma or Ramaphosa have declared their intention to run for leadership of the ANC, the party that has dominated since the end of apartheid in 1994, and spokesman in both their offices did not respond to a request for comment.

A newly-emerged “kingmaker”, Sihle Zikalala, a Zuma ally who won a tight Nov. 8 race to become the ANC chairman in its most important province of KwaZulu-Natal, has called for party unity.

Dlamini-Zuma is a Zulu, the largest ethnic group in South Africa, and were she to run would likely have the support of Zuma’s powerful voting block within the ANC.

Despite their separation, he backed her for the AU job and gave her a position in his cabinet. Analysts say she would be unlikely to follow up on the scandals including several high-profile corruption cases that have plagued his tenure.

Her supporters within the ANC have said it is also time South Africa had a female leader, a rarity on a continent with strong patriarchal heritage. Zuma has previously said that South Africa is ready for a female president.

Ramaphosa, a wealthy businessman who was once touted as a successor to Nelson Mandela, would be the first choice for many investors because his background in commerce suggests he will support more pro-business policies than many in the traditionally left-wing ANC.

However, he will face criticism from opponents for his role at Lonmin where he was a director and shareholder at the time of violence that led to police shooting dead 34 striking miners in 2012. An investigation has cleared him of wrongdoing.

He must also find his own “kingmaker” to build support for him within the ANC to counterbalance the growing support for Dlamini-Zuma.

Like other ANC leaders, Zuma, has prioritised cementing loyalty to the party, and its liberation legacy, over backing for himself since his presidency began in 2009.

This has meant that the party has stayed popular even as his own ratings dipped due to the scandals and criticism over his handling of Africa’s most developed economy.

“A common mistake is to assume Ramaphosa will win because he has business support and strong policy credentials,” said Mark Rosenberg, southern Africa analyst at Eurasia Group.

“People vote for the party and that is why the ANC has remained successful despite Zuma’s poor performance. Dlamini-Zuma is currently the favourite.”

One potentially powerful backer is ANC secretary-general Gwede Mantashe, who criticised an investigation that cleared Zuma of wrongdoing in a controversial state-funded security upgrade to his home.

Mantashe, who has also been touted as a potential ANC leader, could now be in the Ramaphosa camp.

The SACP could also support him after falling out recently with the ANC rump, even though its political ideology runs in stark contrast with Ramaphosa.

Higher education minister and SACP general secretary Blade Nzimande said during the KwaZulu-Natal election that the SACP was tired of defending Zuma, prompting sections of the ANC to call for his suspension from cabinet.

Reflecting divisions in the ruling alliance, there have been several local newspaper stories with ANC sources and junior officials from both camps slinging muck. Meanwhile, COSATU’s position on the future ANC leadership is unclear.

“The SACP and other factions are extremely opportunistic. There are many twists and turns to play out,” Rosenberg said.