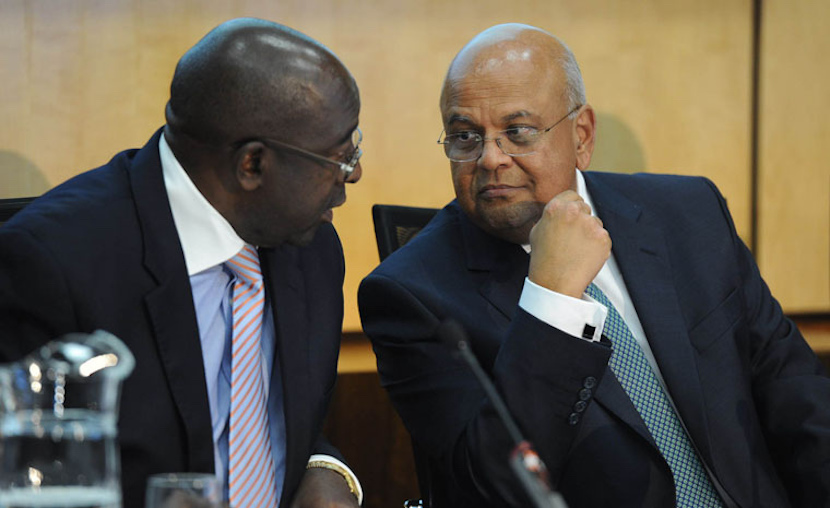 South Africa’s young democracy is celebrating a famous victory tonight, signaling a massive shift in the power base of the ruling ANC. The supposedly all-powerful President Jacob Zuma has backtracked on his over-reaching decision to replace respected Finance Minister Nhlanhla Nene with a malleable backbencher. Nene’s old boss, Pravin Gordhan, has been reappointed to the key position. The backbencher has been relegated to the portfolio to which Gordhan was demoted by Zuma two years ago after demanding MPs tighten their belts by reducing their profligate spending. Subsequent to that, Zuma proceeded to dismantle the highly professional leadership team at the SA Revenue Services which Gordhan had assembled when Commissioner. The firing of Nene came shortly after he refused to sanction a demand by SAA chairman Dudu Myeni which former SAA director Russell Loubser says was crony corruption by attempting to inject a third party to rake off millions from an agreement with Airbus. Nene had also expressed doubt that South Africa could afford Zuma’s heavily criticized and highly suspicious $100bn nuclear power deal. Whether Zuma can survive this humiliating backtracking will become evident in the next few days. Many questions remain unanswered. The 17 financial and property shares in the JSE’s Top 40 lost a combined R290bn in market value in the two sessions after Nene’s firing. Anything less than a massive rebound when the market reopens will be a signal investors have tired of institutionalized corruption in the name of BEE, want concerted action including Zuma’s head. After this disaster, Zuma’s resignation would be the appropriate action by a rational leader of a properly functioning democracy. But Zuma is not rational – as the content of his speech on Wednesday night and subsequent trumped-up reasons for Nene’s “redeployment” clearly illustrated. And although democracy has won this particular battle, more must be seen to be done for South Africa to regain its reputation as a “properly functioning” one. But at least tonight is start, a big jump in the right direction.  – Alec Hogg

Has Zuma’s appointment of Pravin Gordhan as Finance Minister restored your confidence in South Africa?

On the 9th of December 2015, I announced the appointment of a new Minister of Finance, Mr David van Rooyen.

I have received many representations to reconsider my decision.

As a democratic government, we emphasise the importance of listening to the people and to respond to their views.

In this regard, I have, after serious consideration and reflection, taken the following decision;

I have appointed Mr Pravin Gordhan, the current Minister of Cooperative Governance and Traditional Affairs as the new Minister of Finance.

Minister Gordhan will return to a portfolio that he had held proficiently during the fourth administration.

He will lead government again in the following;

I have also decided to appoint the current Minister of Finance, Mr David van Rooyen, as the new Minister of Cooperative Governance and Traditional Affairs.

People of South Africa: What has just happened shows how the President is vulnerable. Don't stop pushing forward.

Mr Van Rooyen, a former Executive Mayor, will also be bringing to COGTA the finance and economic sector background gained in serving in the Finance Portfolio Committee and Economic Transformation Cluster as whip in National Assembly. He has been mandated to take forward the Back to Basics programme and further improve cooperation between the three spheres of government.

I wish both Ministers all the best in their new deployments.