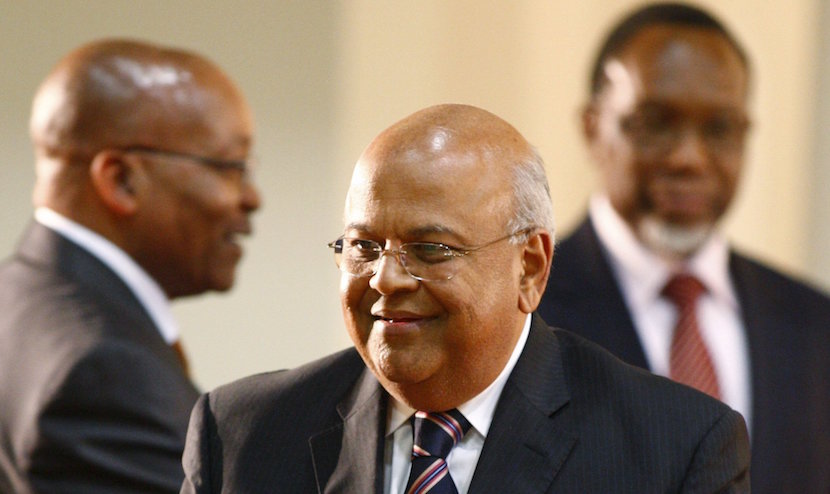 Less than two years since he left National Treasury, Pravin Gordhan delivered his first statement as Finance Minister following his reappointment by President Jacob Zuma on Sunday night. His return follows the recent dismissals of both Nhlanhla Nene and David van Rooyen. Gordhan’s biggest challenges, as set out by the public are how he plans to handle the Russian nuclear procurement that’s currently on the table, as well as South African Airways as a going concern. The challenges do run deeper but the South African public and international investment community will at least breath a deep sigh of relief. Having performed the role from 2009 to 2014, the ministry has someone from within the ranks heading the ship again, after David van Rooyen was plucked from obscurity, only to find his way out the door not more than four days later. It’s a bold move, which has seen initial strength return in currency, bond and equity markets but they still track levels lower than the day Nene was asked to leave. And as defiant as Gordhan was, he has a lot of hard work to do to fully rebuild South Africa’s pride. – Stuart Lowman

I return to a portfolio that was assigned to me for five years between 2009 and 2014. I have been associated with the Finance Family for almost two decades. I am relatively familiar with the terrain and its challenges.

The facts about the developments that took place last week and the response of the financial markets are well-known. Our currency fell, the stock market dropped by 2.94 per cent and bond yields shot up by over 150 basis points.

Our government is acutely aware of the financial impact this had on those who are invested in this economy. As President Zuma indicated when a decision triggers developments such as these, a democratic government has a duty to listen and respond appropriately. I am therefore, privileged to address you today.

Our humble appeal to the nation is to work with us as we continue to build a resilient economy and a better life for all South Africans in the context of a challenging global, emerging markets and domestic economic environment. We understand that it is our duty to continuously earn the trust and confidence of the South African public, and we commit ourselves to doing just that.

Our focus in the coming months will be to do the following diligently:

Gordhan says he and his team will work to protect SA's investment rating. Sanity at last.

South Africa has a solid history of sound macro-economic policy management. Since the dawn of democracy, our government has advanced policies that are meant to address inequality, reduce poverty and unemployment. We recognise that to do this, we need faster and more inclusive growth and job creation. A growing economy creates work opportunities, and 5.4 million South Africans need work. A growing economy delivers tax revenues which we need to finance various programmes of the State and to effect redistribution so that we can reduce inequality and poverty. The centrality of growth to achieve our policy objectives is paramount.

We take account of the concerns of the rating agencies and investors and we shall endeavour to protect the investment grade rating of South Africa.

Let me take this opportunity to sincerely thank my comrade and former colleague Mr Nhlanhla Nene for the great work he did in the past 18 months.

Fellow South Africans, I know it is time to break for Christmas, but some of us have work to do to make sure that 2016 is better than 2015. Let us get down to business!

Thank you very much. I look forward to working with you as Minister of Finance in the New Year.