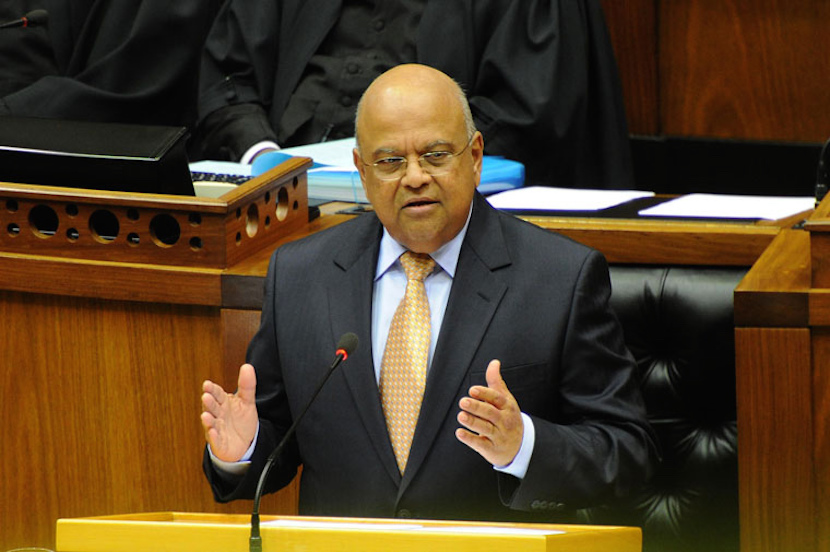 The below letter confirms that South Africa’s silver knight, Finance Minister Pravin Gordhan, met up with around 60 business CEOs last week, in an attempt to galvanise the crew and find solutions to the problems the country is faced with. The problems stem far and wide but most notable is the impending downgrade to ‘junk’ status. It’s been deemed inevitable but as noted earlier today in “Pravin’s Pledge: I’ll defend SA credit rating – we cannot afford to lost it” there are a few hurdles that can be jumped in order to avoid this fate. The meeting is just further proof that he’s looking to tap into every corner of South Africa in order to do this. One just hopes that those he shares parliament with are on the same page. The letter was written by the CEO of Old Mutual Emerging Markets Ralph Mupita. He shoots straight from the hip, and despite all the doom and gloom about, he’s put his faith into the Finance Minister to deliver a budget that’s appropriate for South Africa’s current situation. The letter also looks at the consequences should SA get downgraded and why it must be avoided at all costs. Hope springs. – Stuart Lowman

About 60 chief executive officers representing industries ranging from banking to mining met with Gordhan for two-and-a- half hours at Nedbank Group Ltd.’s offices in Johannesburg, Jabu Mabuza, chairman of Telkom SA SOC Ltd. and coordinator of the meeting, said by phone on Monday from the Ethiopian capital, Addis Ababa.

“The point was to recognize that there is a sense of crisis,” said Mabuza, who also chairs the lobby group Business Unity South Africa. Executives “left that meeting feeling very positive and confident that as government and business, we are all looking at the same thing, we are all in agreement about the urgency and the crisis nature of the situation.”

Gordhan is seeking to restore confidence in an economy hit by sliding commodity prices, weak demand from China and policy mistakes by President Jacob Zuma toward the end of last year that pushed the rand to record lows. Standard & Poor’s in December put South Africa’s BBB- rating on a negative outlook, indicating it may downgrade the nation’s debt to below investment grade.

Executives discussed with Gordhan the steps needed to boost investment, including whether the government should allow private-sector involvement in projects like the Kusile and Medupi coal-fired power plants owned by Eskom Holdings SOC Ltd., Mabuza said.

“We have to do everything we can to avert the sovereign downgrade,” Thabo Dloti, CEO of insurer Liberty Holdings Ltd., who attended the meeting, said in an e-mailed response to questions. The talks “went a long way into developing and affirming the partnership required between business and government to find practical solutions to the current economic challenges.”

“We were very encouraged by the minister and Treasury’s determination and commitment, as well as their plans to address the short-term fiscal challenges,” he said in an e-mailed response to questions.

The rand has plunged 13 percent against the dollar in the past three months to trade at 15.9975 as of 6:13 a.m. in Johannesburg. Sentiment deteriorated after Zuma fired Finance Minister Nhlanhla Nene on Dec. 9 and replaced him with a little- known lawmaker. A market backlash that followed forced Zuma to reverse the decision four days later and re-appoint Gordhan to a post he had occupied from 2009 to 2014.

The government is committed to fiscal consolidation as it seeks to avert a credit-rating downgrade, Gordhan said in an interview with the Financial Times Monday.

Phumza Macanda, a spokeswoman for the Treasury, didn’t immediately respond to an e-mail seeking comment.