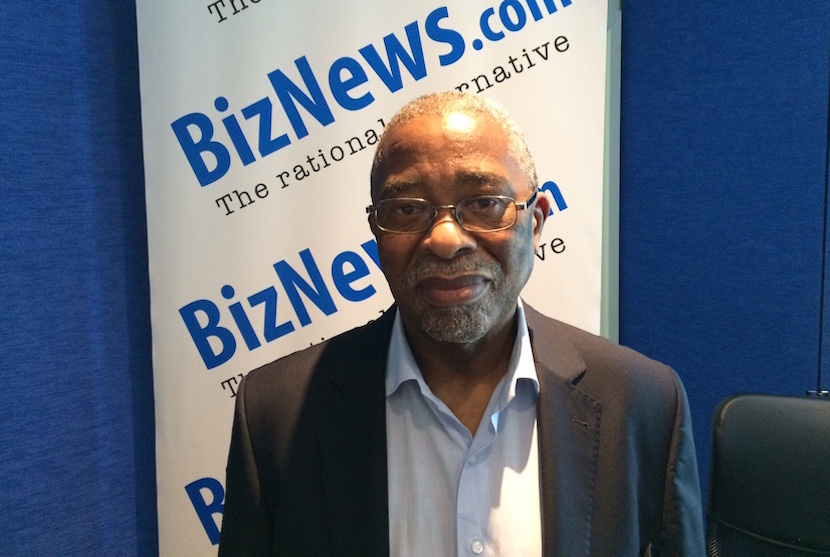 Rumours of Jacob Zuma losing his Presidency are hugely exaggerated says savvy SA political analyst Moeletsi Mbeki. Despite a groundswell of unhappiness with the flawed ANC leader, punctuated by 5 000 #Zumamustfall activists marching to Parliament on Thursday, Mbeki reckons there is no appetite within the ruling party to recall its leader. That’s sobering news in a country where the public’s trust in Government, at just 16%, is rated the lowest on earth and where many share the opinion of Nomura’s Peter Attard Montalto who sets a 43% probability that Zuma will step down in July. SA’s President meets with local business leaders today in  a follow-up to an uninspiring lunch meeting on the fringes of the World Economic Forum annual meeting last month. In Davos, Zuma stuck to tightly management engagements, staying away from any prospect of interrogation, including his withdrawal from the annual live televised showpiece which had offered the opportunity to promote SA’s investment potential. – Alec Hogg

South African President Jacob Zuma delivers a state of the nation address this week to a country facing its toughest year since Nelson Mandela took power more than two decades ago.

Special security precautions are in place for Zuma’s address to parliament, which last year degenerated into chaos when opposition lawmakers prevented him from speaking and were violently evicted.

As the president speaks on Thursday — if his most vocal opponents in the assembly allow it — protesters supporting a “Zuma must fall” movement will demonstrate in major cities around the country.

And a resurgence of racial animosity in a nation born out of apartheid has added a toxic element.

“We are poised at the beginning of what is going to be the most testing year in the short history of the new South Africa,” said veteran commentator Allister Sparks.

Unless Zuma is ousted from the presidency by his own ANC party, the dire economy carries “the risk of triggering a populist political uprising leading to chaos and violence,” Sparks wrote in a recent News24 column.

“I don’t think there are any calls from inside the ANC for Zuma to go,” Mbeki told AFP.

Mbeki pointed out that Zuma is not a directly elected head of state, but holds the position as leader of the majority party.

However, there are signs that the ANC has begun to rein in Zuma as the country heads towards municipal elections which could expose declining support for the party of iconic anti-apartheid leader Mandela.

In December, Zuma was forced into an embarrassing climbdown after firing a respected minister of finance and appointing a man widely seen as a stooge.

As the local rand currency went into freefall and the stock market took a hammering, Zuma bowed to pressure and re-appointed an admired former finance minister, Pravin Gordhan, to the key post.

Then last week came one of the biggest climbdowns of all, when Zuma agreed to pay back some of the $24 million in public money spent on his private rural residence at Nkandla in his KwaZulu-Natal powerbase.

The 73-year-old had previously denied any wrongdoing over the property’s upgrades, while opposition lawmakers regularly disrupted his parliamentary speeches by chanting “Pay back the money!”

On Tuesday, opposition parties will continue their legal battle over Nkandla at a Constitutional Court hearing in Johannesburg, with further street protests expected.

Whether the recent compromises will prevent a repeat of last year’s disruption of the state of the nation address is uncertain.

There are still plenty of other issues behind the “Zuma must fall” campaign — particularly the tanking economy, which has sparked service delivery protests by the poor, and violent demonstrations by students demanding free university education.

The World Bank this month slashed South Africa’s 2016 growth forecast from 1.4 percent to 0.8 percent, and said the economy was “flirting with stagnation, if not recession.”

The political unrest has also seen race relations plumb depths perhaps unseen since the end of apartheid and Mandela’s election in 1994.

That issue however could play to the ANC’s advantage in the municipal elections due by August, as the main opposition party, the Democratic Alliance (DA), is seen as the political home of most whites.

Anger erupted earlier this year when Penny Sparrow, a white realtor and DA member, complained on Facebook about black people littering beaches and likened them to “monkeys”.

In the ensuing uproar, local government employee Velaphi Khumalo wrote in another viral Facebook message that blacks should act towards whites “as Hitler did to the Jews”.

While this might be social media showing the worst of its ugly side, the gap between wealth and poverty, jobs and joblessness, is still starkly racial.

Steven Friedman, director of the Centre for the Study of Democracy at Rhodes University and the University of Johannesburg, said race would trump concerns over the economy in municipal elections.

“It remains the South African issue — it’s the fault line. Most things in South Africa, politically, can be explained by race,” he told AFP.

Friedman believes that even if the ANC loses a substantial number of seats in the municipal elections there is no certainty that Zuma might be recalled by the party.

“He is weakened, but weakened doesn’t mean finished,” Friedman said.