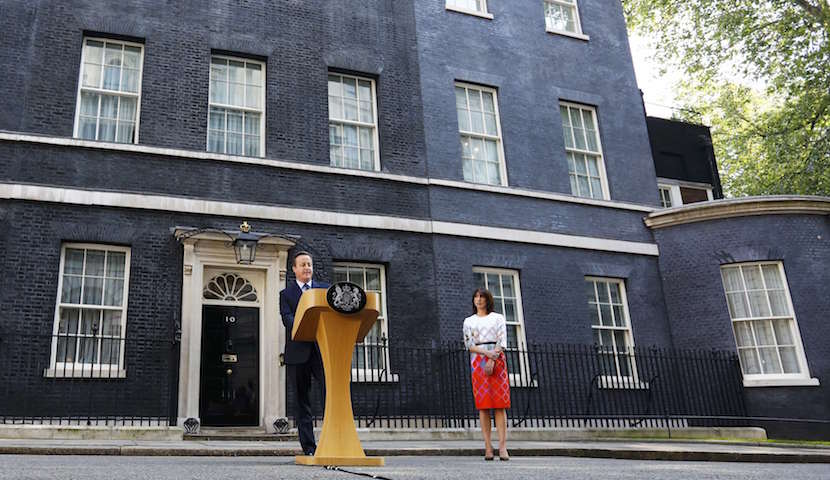 Whatever his critics may believe of him, David Cameron is an honourable man. At the first opportunity this morning, in the wake of the UK’s shock Brexit vote Cameron told his nation he will resign and have a replacement in Number 10 Downing Street by October. It provides a massive contrast to his political opponent, Labour Party leader Jeremy Corbyn, who was unrepentant despite a rejection of his own party members who voted en masse to leave him. Sky News anchor Dermot Murnaghan accused Corbyn of being a shepherd without any sheep, of holding the leading position in a party whose members have defied him. Corbyn, a socialist, was unmoved. Remind you of someone else down south of a similar political persuasion? – Alec Hogg